The Toyota A-Bat Concept has been a concept for a long time. After 2008 World Economic Crisis we were all sure its production is never going to start. When writing this article I bumped to some old interview with Bob Carter, vice president and general manager of Toyota Motors Sales USA who said that Toyota A-Bat is far from production. It’s interesting to see how times change, and only five years later, truck market has recovered and it is chasing new sales records. Toyota A-Bat concept is close to the production start more than it ever was.

Exterior of the Toyota A-Bat

Toyota A-Bat is a compact truck. Although its fast and aerodynamic lines make it look almost like a car. It has its own style and it can’t really be compared with any other vehicle when it comes to the exterior. Toyota has created a new type of compact vehicle that can be used by various types of drivers. 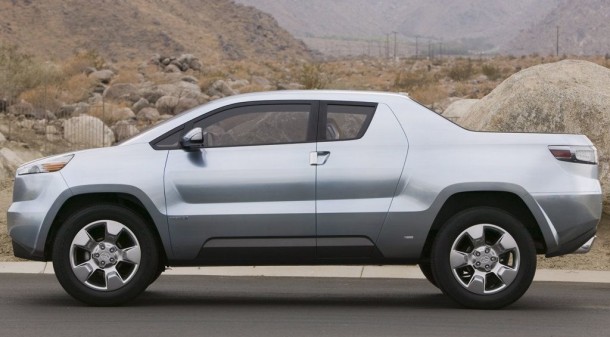 Its trapezoid shape is a modification of the Toyota Prius model line applied to a pickup truck. That’s what makes Toyota A-Bat special and different from other hybrid trucks. Its bed is 4 foot long and you get even more space when opening the tailgate. Great update comparing to other pickup truck models is a drawer that is placed under the bed of the truck, as well as lockable drawers in the bed walls.

The Toyota A-Bat Concept interior is also quite modern. It is made out of quality materials especially the door trim, shoulder, armrest and instrument panel pads and seat cushions. It also has some quality upholstery and contrast stitching. 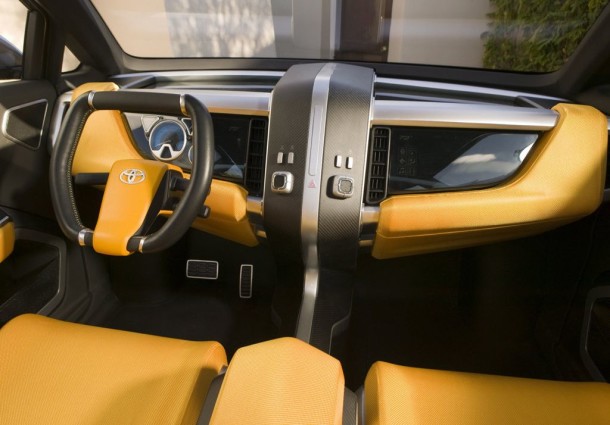 Toyota A-Bat Concept is a hybrid truck; it uses cutting edge hybrid technology also known as Toyota Synergy Drive. Together with Synergy Drive, it has a four-cylinder gas engine. These two together will make great fuel economy and low CO2 emission. 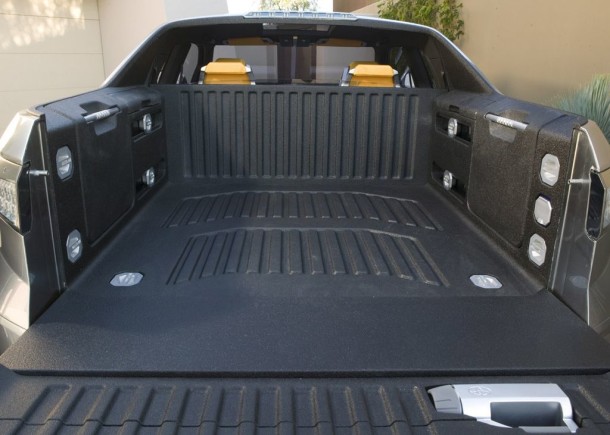 Since Toyota A-Bat Concept is still a concept with rumors spreading about its release date, we can only predict that the price is going to be around $20,000.

Brave new time has come to the American truck market. After the World Crisis and some tough years some manufacturers had, truck sale stats are going sky high. There is nothing more prosperous on today’s market as the hybrid pickup truck which combines high fuel efficiency, low emission of CO2 with traditional American love for pick up trucks. That’s why we think that the release year of Toyota A-Bat is coming soon.

Brave new time has come to the American truck market. After the World Crises and some tough years some manufacturers had, truck sale stats are going sky high. There is nothing more prosperous on today’s market as the hybrid pickup truck which combines high fuel efficiency, low emission of CO2with traditional American love for pick up trucks.