Introduced back in 1994, Toyota RAV4 was the first compact crossover SUV launched in Japan and Europe. It was interesting to the consumers because it contained the best of both worlds. As every other SUV, the cargo room is spacious, visibility is high and the driver has the option of choosing full-time four-wheel drive. On the other hand, this vehicle is easy to maneuver and has a fuel economy rates of a compact car. RAV4 represents “Recreational Active Vehicle with 4-wheel drive”, although 4-wheel drive is not an option on every RAV4 model. Since 1994, four generations found their way into the market. In 2013, Toyota’s marketing team designed a not-so-funny commercial which features a husband and a wife trying to kill each other in order to have the vehicle only for themselves. The commercial was very disturbing and banned.

Exterior wise, the new 2015 Toyota RAV4 features a refined, aerodynamic and youthful look. Front and rear fenders are chiseled, taillights are boldly proportioned and sharp lines along the sides are making the vehicle look slightly more aggressive than its predecessor. Just like with the previous model, there is no rear mounted spare tire, the spare tire is mounted beneath the cargo floor. 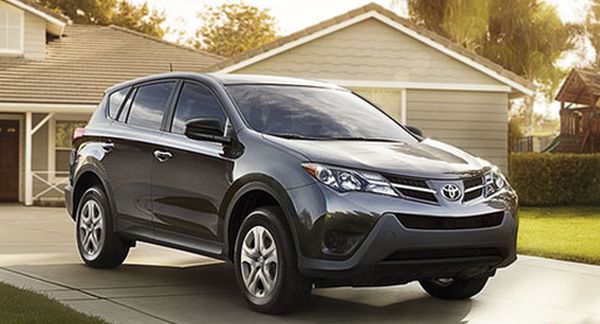 Engineers made sure that the airflow around the car is greater by constructing small bumps on the outside mirrors and the taillights. When it comes to the interior, it’s pretty stylish for an SUV, but the materials used inside the vehicle itself are not as upscale as expected. There is plenty of space for passengers in both the front and the rear seats. All trim levels are equipped with the Entune infotainment system and the 6.1-inch touch screen provides access to all systems within the car. 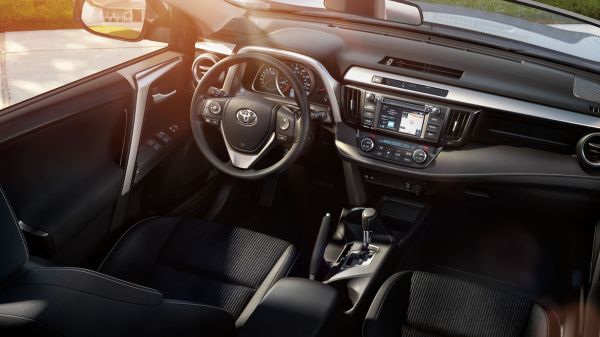 As far as the engine is concerned, the new 2015 Toyota RAV4 is available with a 2.4-liter 4-cylinder engine capable of delivering 176 hp at 6000 rpm, with a maximum torque output of around 172 Ib ft at 4100 rpm, teamed with a six-speed automatic transmission with manual shifting mode, achieved by waggling the lever fore and aft. This is the only engine option available, while earlier models offered a choice between V6 and 4-cylinder. If we look at the competitors, this engine is a bit underpowered, but drivers report that it is strong enough for daily driving. 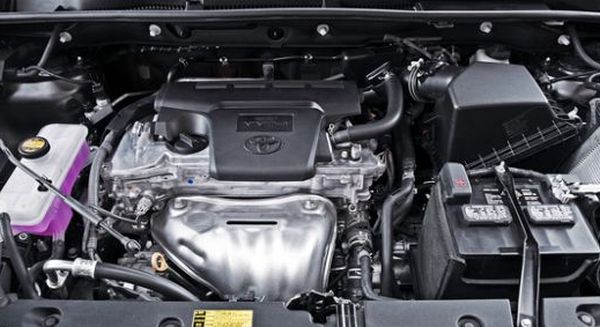 Toyota decided to keep the choice of front or all-wheel drive configurations. This engine can accelerate the vehicle from 0 to 60 mph in 8.7 seconds, not an impressive result but quite enough if this vehicle is intended to be used as a family ride. When it comes to fuel economy, it’s not that bad at all, considering that front-drive models can achieve 24 mpg in the city or 31 mpg on the highway. All-wheel drive reduces those numbers to 22/29 mpg city/highway. The new RAV4 is available in three trim levels: the base-level LE, the mid-level XLE, and the RAV4 Limited.