Chevrolet, the American manufacturer has recently unveiled the latest Traverse – which remains one of the most spacious and most comfortable mid-size SUVs currently in the market. The 2016 Chevrolet Traverse is not a new model, it is more of a mid-cycle update that should help this model make the sales, while the manufacturer works on its successor. All the things that the 2015 model brought are here, but now with slightly different exterior styling and more safety features.

The design of the 2016 Chevrolet Traverse is familiar because it is identical to the design of its predecessor and the original model that was introduced more than 6 years ago. The American manufacturer did make some small changes on the outside – most notable in the front, where they have decided to use smaller and lower headlights with newest LED elements and the space around them is filled with black plastic, which serves also as nice detail in the front. The front bumper is smaller, but it has made more room for chrome front grille which is a little bigger than it was on the predecessor. 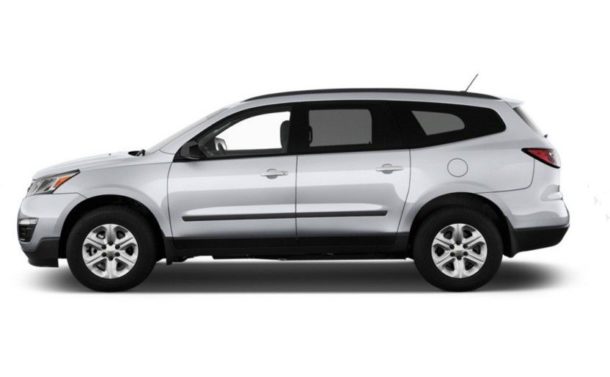 The fog lights are integrated into the bumper and are much bigger than they were before. The back of the 2016 Chevrolet Traverse is pretty much the same, only the Camaro-inspired taillights have been slightly altered. The biggest problem with the new Traverse is that the American manufacturer failed to address two weaknesses they were pointed out in the past – it still has the problem with doors that simply open too wide and with the overall height of the vehicle – the second problem makes it difficult to load stuff in the cargo area.

The interior is in terms of design identical to the one used in the previous model, however, the American manufacturer decided to offer a special trim level an interior covered in premium leather with wooden and aluminum accents, which makes the whole cabin look like it belongs in an SUV that costs much more than 2016 Chevrolet Traverse. 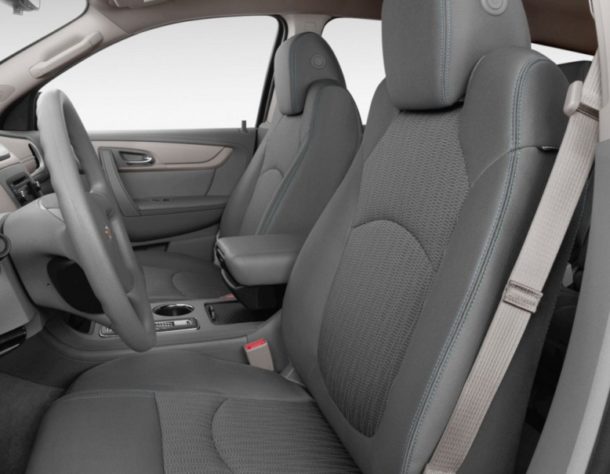 When it comes to features, every Traverse comes with a 6.5-inch touchscreen display, Chevrolet MyLink (that enables customers to connect their smartphones and stream Internet radios), 4G LTE connectivity and WiFi hotspot.

The American manufacturer decided not to expand the powertrain options with the new 2016 Chevrolet Traverse, even though many rumors and reports that were published online claimed that Chevrolet plans to introduce a much more powerful unit. However, the 3.6l direct-injection V6 unit, that was used in the previous models is still the only choice. 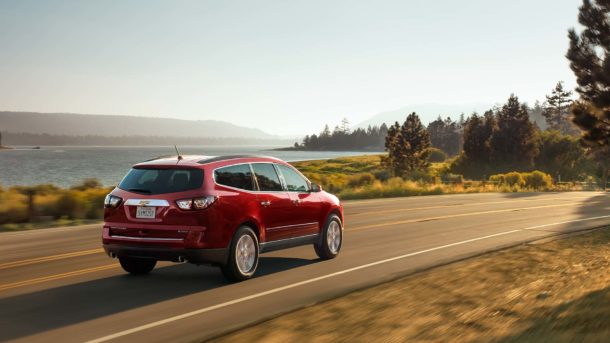 Last year, the manufacturer did some tuning and this engine total power output is 288 horsepower and 270 lb-ft of torque. The 2016 Chevrolet Traverse weighs 5,000 pounds just like its predecessor, so don’t expect it to be quick. The Traverse is offered only with automatic transmission and with front-wheel drive as standard, while the all-wheel drive will be optional.

The 2016 Chevrolet Traverse in base trim level will cost around $31,000. The manufacturer plans for the new Traverse to go on sale in summer 2016.

The American manufacturer decided not to expand the powertrain options with the new 2016 Chevrolet Traverse, even though many rumors and reports that were published online claimed that Chevrolet plans to introduce a much more powerful unit. Last year, the manufacturer did some tuning and this engine total power output is 288 horsepower and 270 lb-ft of torque.

If you think about it, there isn’t anything more liberating than the open road, and with a full gas tank, …

As depicted on most auto galleries, the 2016 Ford F150 will be an aluminum crew cab reinforced with a steel …