Even though the Trailblazer has been discontinued back in 2008 in the US, the car has been a constant offering on the International market. It even received a large update with the 2017 Chevrolet Trailblazer which comes with a brand new design on the outside and a few other improvements. The SUV is one of the few body-on-frame models still on the market. It is available in Brazil, Australia, Southeast Asia and a few other markets. It shares its chassis, and most of the suspension system, with the Colorado. Unfortunately though, the car is not available on the US market which his a real shame.

Some rumors did suggest that the model would eventually be sold in the US as well. So far it seems that these were just rumors. The 2017 model is as good as ever and it seems GM is only improving it with time. The price varies greatly depending on the market it is sold in. However, it usually starts around $25,000 and it goes up from there which is not that far from the truck. The 2017 model will become available in showrooms soon enough. 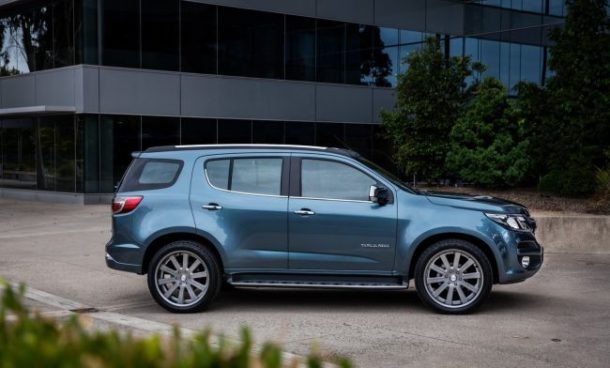 The exterior design of 2017 Chevrolet Trailblazer

Likely the part that was revised the most on the 2017 Chevrolet Trailblazer. Here the SUV received an entirely new front end, new colors and wheels and a few new trim levels. The front end has been brought a lot closer to the US Colorado or the newly revised International Colorado. It comes with Chevrolet’s brand new corporate look with the large grille separated by a large horizontal slat. The headlights are new and offer a slightly more aggressive look while the wheel arches have been slightly widened. The model also gets new rims on a few models which really complete the overall new look. There are new LED headlights available on the top end models while the fog-lamps housings have been revised as well. The back is mostly the same as before but the tail lights as well as the bumper are new. Even though it still is reminiscent of the older model, the new Trailblazer manages to get a lot closer to a premium SUV than before, at least in terms of look.

Chevrolet did their best to offer a great experience without having to break the bank to buy one. The dashboard is rather simple, yet highly user-friendly, the materials are above the average and the SUV comes with GM’s latest technologies. The infotainment system is their MyLink which supports both Apple’s CarPlay and Google’s Android Auto. The driving position is great and the seats have been improved for this version of the car. Unfortunately some safety options are still missing from its kit so let’s hope that in the future the car will receive as much safety equipment as a normal crossover. 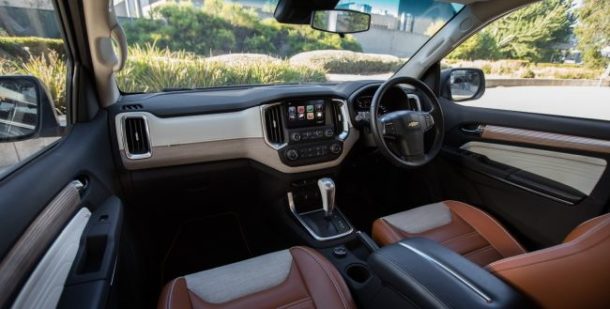 2017 Chevrolet Trailblazer – Under the hood

There are two available engines on the 2017 Chevrolet Trailblazer. The base model gets a 2.5 liter turbocharged inline 4 diesel that offers 150 horsepower and 258 lb-ft of torque. This remained unchanged over the older unit. The news come in the form of the 2.8 liter turbocharged Duramax diesel. This received the same updates as the US model so it now makes 200 horsepower and over 350 lb-ft of torque.

A six speed manual is offered as standard but some markets to get an automatic instead. GM’s 10 speed automatic is unfortunately unavailable so its buyers will have to do with the older 6 speed unit. Chevrolet is also offering a set of petrol engines, but only in very specific markets. For example, the 3.6 liter V6 is available in South Africa, Brazil and Saudi markets where it is highly successful.