Released as a 2015 model, the current Fit is a great car at its price point. It doesn’t really excel at anything but the car is good at doing everything. It is spacious, nice to drive, comfortable and well equipped for how much it costs. Not that long ago they also released the 2017 Honda Fit which is a direct carry over of the 2016 car. Unfortunately it doesn’t bring anything new so it is not worth upgrading for one. However, for those looking at a new city car then the Fit might be the perfect fit, no pun intended.

When comparing the 2017 version with the previous generation, the 2017 car pales in this comparison. However, it still is better than most other cars at roughly $16,000. It drives incredibly well for how tall it is and it is offering a lot of feedback to the driver. The steering is a bit lighter than the usual hatchback but this is mostly to help it in the city where it will spend most of its time. The suspension is firm but not as harsh as some would think. Overall, the package is well worth the money. The top end model will cost slightly over $22,000 which is still good but not as good as the base model which offers the best value for money in its class by a big margin. 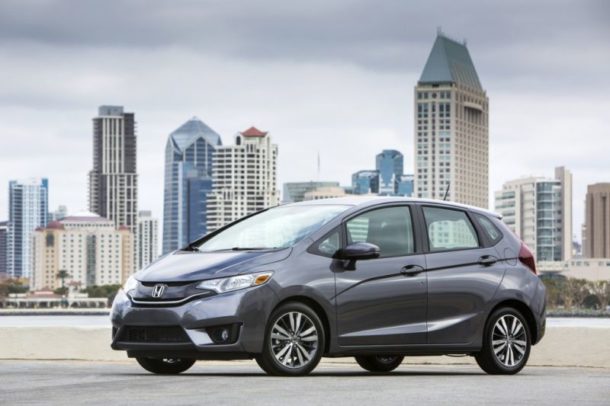 The 2017 Honda Fit gets a single 1.5 liter naturally aspirated inline 4 petrol engine. This is an EarthDreams unit which has been developed by Honda with fuel efficiency in mind. The engine makes 130 horsepower and 114 lb-ft of torque which is enough for most. As standard a six speed manual gearbox is offered which is quite good. With it, the Fit will hit 60 MPH in little over 8 seconds which is very good. The option comes in the form of a CVT which is slower but still quite good for what it is. The only drawback here is the extra $1,000 which could be spent elsewhere. In other markets the Fit also gets a few other engines. These include two other petrol engines which are 1.2 and 1.3 liters in displacement respectively. A diesel can also be had. Some also suggested that the US model of the car would receive the hybrid powertrain from the International HR-V. Unfortunately it seems that Honda decided to stick with a single engine offering which allows them to keep the pricing down.

The same as before. There is no question about the fact that the 2017 Honda Fit is identical to the 2015 or 2016 model. The car gets the same rims and visual features as its predecessor. The front end actually reminds us about the older Civic which is quite interesting. We do think that next year Honda will give it a massive visual update but until then not much will change. The Fit still looks slightly like a downsized minivan due to the fact it is a full five inches taller than the Civic sedan. The rear is departs from the norm with an aggressive styling but this doesn’t really stands out as much as the rest of the car.

The largest selling point of the 2017 Fit is the cabin. Even though it still is the same as before, it is very impressive for how much it costs. There are plenty of features as standard such as climate control, a digital radio and a touch-screen. Unfortunately, while they did update the new CR-V with a volume knob, the Fit still features a fully touch-based infotainment system which is quite frustrating because you have to look at it in order to change the volume or the radio station.

Even though it still hasn’t been confirmed that the Hellcat-powered Ram will hit the market at all, we decided to …