The GT-R has already been around for nearly a decade and it seems that a new model still is a few years away. Until that car will be released, the 2017 Nissan GT-R is the big update they released a few months ago. The car is a heavily revised model of the original which has been tamed down a bit. For starters the car should be a lot more comfortable, better to drive and safer too. That is not everything though. Because this is a super-car, Nissan did update its engine to make more power than before. The end result is a better overall package which is still a steal at the price.

One of the main reasons the GT-R sold so well was the price. The car cost back when it was released less than a Corvette. On top of that it was miles ahead in terms of performance and that allowed it to pull ahead. The new model starts at roughly $111,000 which is a nearly $8,000 increase over the 2015 MY car. The Nismo version on the other hand starts at a rather impressive $176,500 which is already closer to the 911 Turbo S than some would like. Despite that, the GT-R still manages to outrun most of its similarly priced rivals which is a testament of how good the original was. 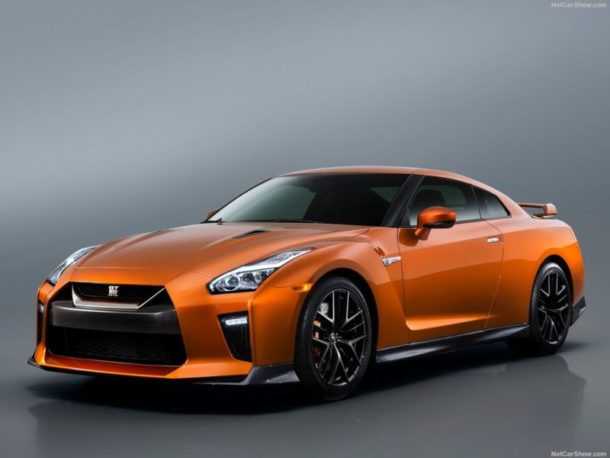 One of the biggest upgrades is the way it looks. The new model has all new body panels all around. The only shared parts with the older model are the windows. The front end is more aggressive with a newly styled bumper, a larger splitter, carbon fiber bits and even Nissan’s V-motion grille. The rear received a similar treatment as well. Here we can see new air exhausts on the sides, a new diffuser and even a different bumper. On top of all that, the Nismo also gets unique front and rear bumpers, a different rear wing, larger wheels with higher performance tires and only three different colors, two of which are rather expensive optional extras.

“Tame” is likely the word that best describes the updated GT-R. The older model was raw and rather classic to a Japanese car. It was functional but not that great to look at. The new one on the other hand is nothing like that. Nissan got rid of nearly half of the buttons usually found on the dashboard. The infotainment system is brand new and the overall look is that of a much more expensive car. The seats are better as well and offer a much more comfortable driving position. However, even though this is the case, the new GT-R doesn’t really offer the raw driving experience of the older model. Instead it is now a lot more similar to a GT car which is a bit disappointing.

Here the 2017 Nissan GT-R features the same 3.8 liter twin-turbocharged V6 petrol engine as the original. Since it was released this went through numerous updates. In its latest form it makes, on the base GT-R, 565 horsepower and 467 lb-ft of torque. The Nismo bumps those numbers to 600 horsepower and 481 lb-ft of torque. This is enough to get it to 60 MPH in less than 3 seconds and to a maximum top speed over 200 MPH. 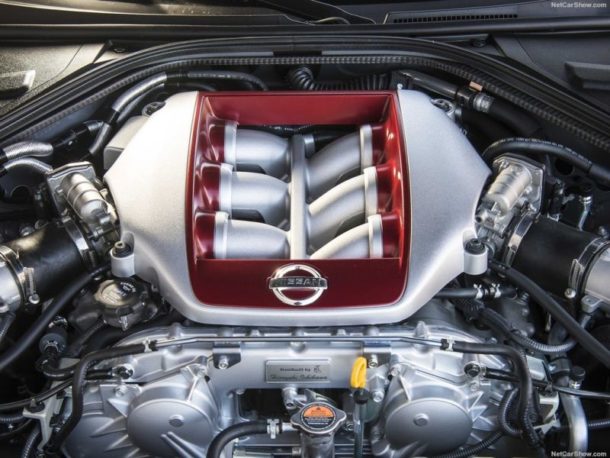 Both cars use a rather old six speed dual-clutch automatic and both of them come with all wheel drive. Since it was released many complained that the car was just too easy to drive but this should no longer be the case, especially since Nissan will target the Grand Tourer market from now on.

Even the naïve man would, quite easily, come to the conclusion that from the 5.0l V8 engine option, you can …