The first MDX was introduced back in 2000 and it has managed to become quite popular especially in the United States and in Japan. The current model was introduced a few years ago and its design is not as fresh and modern as it was. This is the main reason why the Japanese manufacturer has decided to replace it with the 2017 Acura MDX that was shown at the New York Auto Show in March. It is expected that the manufacturer is going to unveil a completely new model and not just redesigned version of its predecessor.

The design of the new 2017 Acura MDX is very much improved, as they decided to leave the old beak-like front end in the past. The new version has the diamond pentagon grille as well as redesigned headlights, front fenders, and a new hood. They keep it very sporty looking as well as luxurious at the same time. 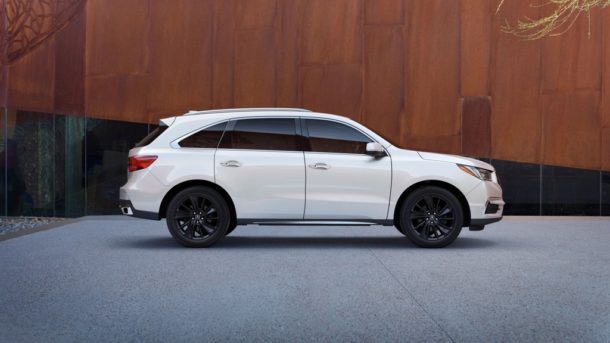 Reports suggest that the major element of the new aggressive front styling are big air vents on a front bumper that is also bigger – because of this the 2017 Acura MDX is a little bit longer than its predecessor. The back of the new MDX has bigger LED taillights, a larger rear bumper that comes with a diffuser and twin exhaust pipes. The 2017 Acura MDX has 19-inch alloy wheels as standard.

One of the key selling points of the 2017 Acura MDX is the interior, especially when you take in account that Acura is known for amazing interiors. There are two displays on the inside, both bigger. One display is completely replacing all buttons and knobs, while the second is primarily used for satellite navigation. 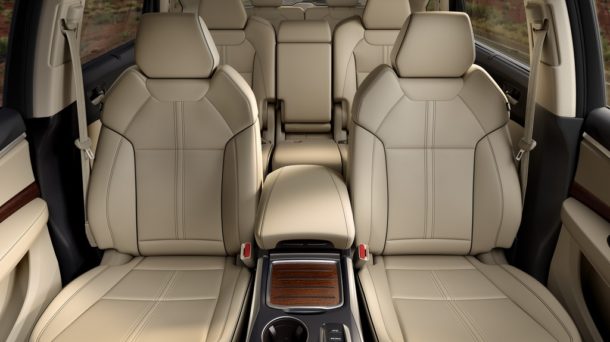 Even though the 2017 Acura MDX is a completely new car, based on a new platform, the Japanese manufacturer has decided to use the same engine that they used on its predecessor. The engine in question is the 3.5l V6 with direct injection and technology that Honda uses in their Earth Dreams units. 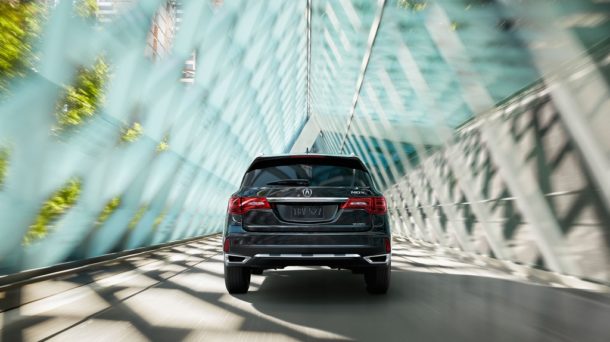 This engine produces 290 horsepower and 265 lb-ft of torque and it is paired to a 9-speed automatic transmission. The new Acura MDX has front-wheel as standard, while the Super-Handling all-wheel drive or SH-AWD is optional.

The base version of the 2017 Acura MDX costs around $43,000 and it will be available at the dealerships later this year.