The Crown is one of Toyota’s higher end cars which is currently on sale in a few select Asian markets. So far the car shared most of its components with the Lexus GS and it seems this is not going to change anytime soon. Even though at this point it still isn’t official, it looks like an update is on its way with the upcoming 2018 Toyota Crown. The car is nothing but a rumor at this point but considering the ongoing model has been released more than 5 years ago, the new one shouldn’t be that far off. For starters, this time around the new Crown will be based on a new chassis which it will share with the LS. This would be a huge upgrade over its predecessor which had nothing in common with Lexus’ top end car. Thanks to it the new model is expected to be lighter, better to drive as well as more comfortable. 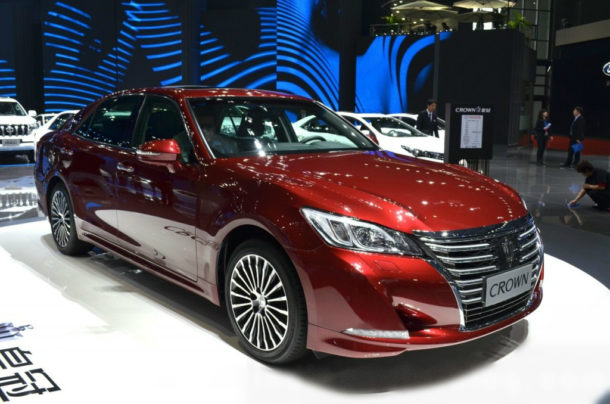 Despite being expected to use the same chassis as the LS, the car will definitely be smaller than the Lexus. So far it looks like it will not be much larger than the ongoing model due to Japanese road regulations. However, the wheelbase is definitely going to increase and with the help of a lower height, the new model should become considerably better to look at. The new platform will also give Toyota more engine options but more on that later.

So far the car used a regular set of coil springs and dampers. Most rumors suggest the 2018 Toyota Crown might retain the same running gear that can be currently found on the LS. This is expected to be used on the higher end models which should offer an adaptive ride and an air-suspension system that will give the car a self-leveling feature. The new platform will also mean the brakes on the car will be vastly improved over its predecessor while the increased structural rigidity will mean that it will become safer in the case of a crash. 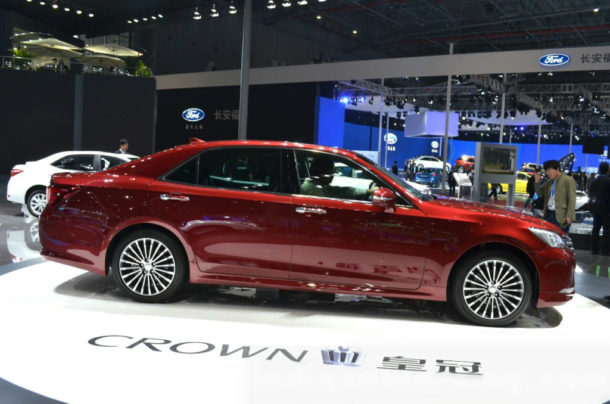 The current version looked pretty much like a GS when it was released. This changed later down the road though when the Crown received a much flashier front end. It seems the upcoming 2018 Toyota Crown might retain the flashy features but not like we expect it to. Instead, it may receive a more similar design to that of the Camry. The car is likely going to boast vertical design lines, a more angular grille and likely the same type of slim headlights as those found on the Camry. In the rear, it should still maintain the three-box design found on its predecessor. However, this time around the rear window is expected to be mounted at a more aggressive angle which should give the car a coupe-like stance.

2018 Toyota Crown Inside the cabin

While the exterior will be more aggressive than before, it seems the interior of the 2018 Toyota Crown might not be what we expect. This is because the Asian markets have completely different requirements than what we are used to. Expect it to boost real leather upholstery, soft touch plastics and well as aluminum or wood inserts. The actual design will likely be quite similar to what is currently available on the Lexus LS. The big change over the Lexus should be the quality of the materials as well as the overall set of available features which will be inferior on the Toyota. 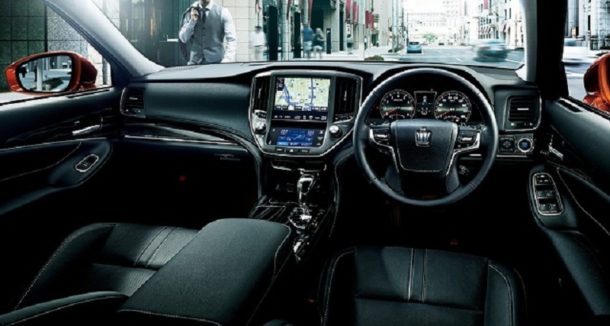 Depending on the market, the current model is available with 4 or 6 cylinder engines offering up to around 260 horsepower. The upcoming Crown might change all of that. For starters, it seems that a new 2.5-liter hybrid, boasting lithium-ion batteries, might be installed. This should give the car over 45 MPG on average which would be a massive improvement over its predecessor. A new generation 2.0 liter turbo-four with up to 300 horsepower is also a real possibility. However, the engine most people are going to get will likely be the 2.5 liters naturally aspirated V6. This will still be available in some markets in order to keep the car at the same tax level as before. However, some also suggested a turbocharged version of this engine but unfortunately, this has yet to be confirmed up to this point. 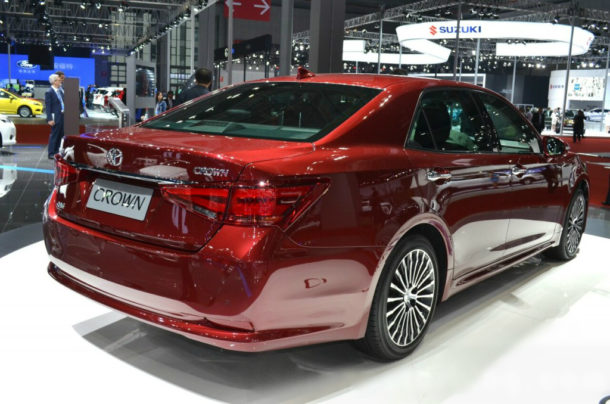 We have gathered information about 12 best midsize SUVs below $40,000 for you to take a look. Here, you can …

An overwhelming number of traffic accidents occur on American roads every single day. A good portion of those accidents involve …