Not well known outside the US market, the Honda Pilot is Honda’s largest mid sized crossover SUV, which was firstly introduced in 2002 and sold as a 2003 year model. Currently, it was manufactured in Lincoln, Alabama, while the initial factory was stationed in Alliston, Ontario until 2007. The main reason behind the Honda Pilot was the idea that the old Honda Passport needed adequate replacement with a better name. The passport was firstly introduced in 1993, until 2002, when the Pilot took the relay and continued the franchise. Two generations of this model have been made starting from 2003, when the new, third generation debuted at the Chicago Auto Show, in February 2015. The car will feature numerous improvements and a complete redesign, which will make the new 2016 Honda Pilot wanted even more.

The largest SUV that Honda has to offer features aggressive look that is somewhat a crossbreed between the CR-V and the new Odyssey. The front of the car features newly designed headlights which are connected to the front grille.

The grille itself features three parallel chromium stripes, which give the car a more powerful look than before. Front bumper is equally robust, featuring round shaped fog lights at the bottom of the bumper. LED daytime lamps follow the outer contour of the headlights.

The interior features a minimalistic design. 8 inch LCD display takes the most space on the console with the addition of physical buttons and switches found below. Few buttons are positioned on the steering wheel, for the sake of easier access. The cockpit is spacious and comfortable, with enough room for both legs and head. 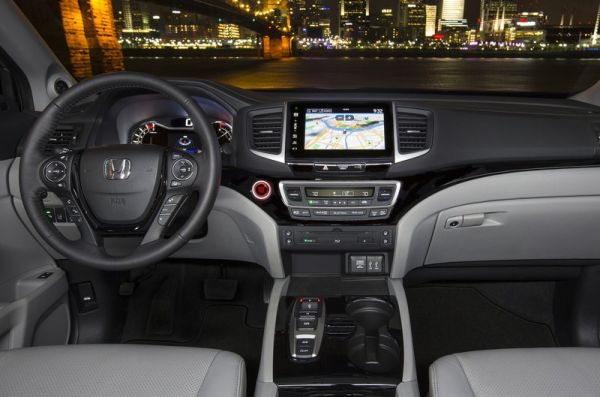 Under the hood of the new Honda Pilot

The powerplant beating inside the chest of the new Honda pilot is the direct injected iVTEC 3.5 liter turbocharged V6 engine found in wide range of Honda models, such as the Accord and Acura MDX. All trims of the 2016 Honda Pilot will feature the same engine, capable of releasing 280 horses, with a total torque output of 262 lb ft. The engine packs 30 horses more than the previous generation Honda Pilot, which is remarkable result, especially given the fact that the new engine is more fuel efficient, as well. 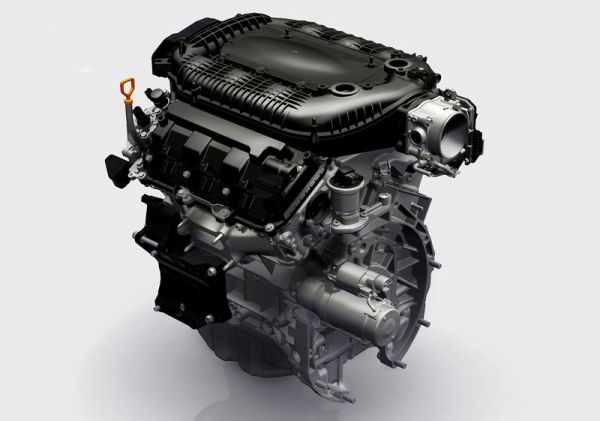 The engine will feature a new technology called Variable Cylinder Management (VCM) system, which enables the engine to use three cylinders, while other three remain idle, in times when total power is not needed, therefore the fuel consumption is improved. Two transmission systems will be available to the new Honda Pilot 2016. The first will include a 6 speed automatic gearbox, available to the LX, EX and EX-L trims, while the more sophisticated one will be a 9 speed automatic and will be reserved for Touring and Elite trims, exclusively.

The new 2016 Honda Pilot is scheduled to hit sales sometime in the early 2016 and is priced quite high, as the starting price for the base model will be around $30,000. Given the prices of the competition, and the performance of the new Pilot, the price is more than justified. Honda will make a great success with this model, as soon as they officially release it.

The 2014 Honda Ridgeline Crew Cab isn’t just your average full-size pickup. Although it shares the dimensions of one, it …