It is needless to say that the Audi Q7 has always had a special place in an overwhelmingly large SUV class, mostly due to it’s unique looks and distinctive charm. Since it’s first introduction all the way back in 2006, it’s been rising the bar within every aspect of the SUV class. Audi’s all new Q7, which has been revealed at the 2015 Detroit Auto Show, continues to show that there is always room for improvement, as the new 2016 Audi Q7 is looking better than ever.

Audi’s Crosslane Coupe concept, firstly introduced back in 2012, had a unique and avant-guarde design, but, as most concepts are, perhaps too avant-guarde for them to make into production, Audi decided to make a bold move and reinvent that concept into the new Q7, borrowing as much elements as possible and at the same time, keeping the sense of subtlety Audi has always had. The front grille is the first thing most people would relate with the 2012 concept coupe. It is considerably larger and it makes the new Audi Q7 2016 looking more muscular and powerful than ever.

Read about Audi A9 Concept!

Compared to the previous model, the new headlights are reshaped a bit, to fit a more muscular and sharp look of the new model and are now moved closer to the grille. The design of LED lamps has also changed, as the new ones resemble an arrow. The whole front of the car looks like it’s cut from a single piece of metal, which somehow raises a sense of craftsmanship and build quality. Although the new 2016 Audi Q7 kept the same size as the previous model, it surely looks longer and lower, or, put in one word – leaner, thanks to the clever designing tricks, making the car look a lot more like a wagon.

The interior of the new Q7 resembles a spaceship. A lot has changed compared to the model from 2010, and the new interior is breathtaking, to say the least. Buttons are kept to a minimum, but everything seems within reach. HVAC ventilation holes are cleverly designed to form a single stripe, stretched across the dashboard, although the holes themselves are located at the center and the both ends of the dashboard. 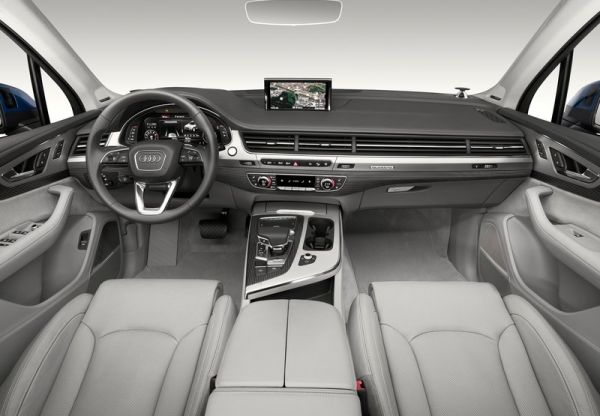 A 7 inch screen is hidden and it raises when needed, to keep the cabin as elegant as possible. The 12.3 inch instrument display, firstly introduced in the Audi’s new 2016 TT, is available here, as well. Other than that, the cabin is roomier too, compared to the previous model.

Engine of the new Q7 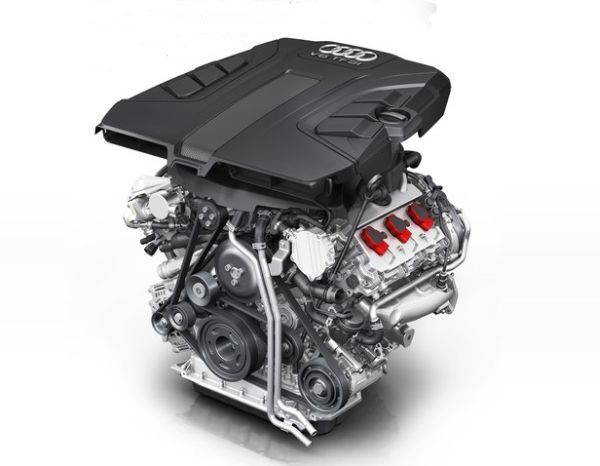 8 speed S-tronic automatic transmission is mandatory for all models. Q7 e-tron quattro model is also expected. It will have 3.0 TDI V6, paired with an electric motor, for a total of 373 HP and 700 Nm of torque.

The price for the base model will start at around $49,000, which is about the same as it’s main competitors.

The new 2016 Audi Q7 is truly a remarkable piece of engineering. It has risen the bar once again and, it will be extremely difficult for the competition to reach it, no matter how furious the competitors are.