If small, stylish, luxurious, and fun-to-drive SUVs are your passion, you will find all that you need in the next-gen Mazda CX-5. This is a relatively new model in the crossover segment. Even though it has arrived on the market only four years ago, it has already earned the reputation of being one of the most desirable models in its niche. The 2016 Mazda CX-5 is designed around the carmaker’s new design language dubbed KODO. It shares the platform with the Mazda 3 and the Mazda 6 sedan models. The 2017 model year will bring many changes. The carmaker will try to eliminate all of CX-5’s shortcomings. Therefore, the new model will appear in showrooms with taller ground clearance, versatility, and economic sensibility. Will the revamp be enough for the CX-5 to win the Honda CR-V and Ford Escape, we will find out soon.

The 2017 model year brings no major changes. Namely, the 2016 CX-5 will bring some subtle and yet noticeable changes. It will employ newly designed grille with horizontal bars. The headlamps have also suffered some changes. The carmaker now added LED technology and revised the guts. Since the grille has been redesigned, the fog lights surroundings couldn’t go without being revised too. 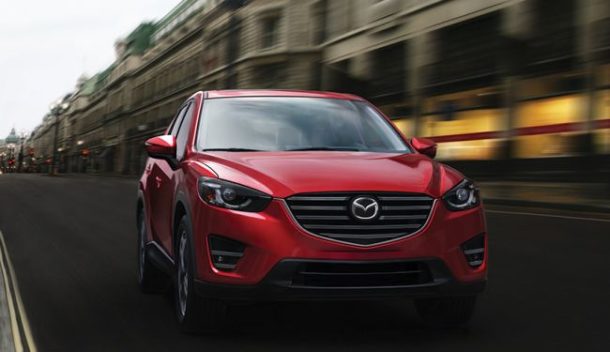 The carmaker reworked the surroundings to match with the grille. The vehicle’s side profile hasn’t been changed at all, but the set of new 19-inch wheels has been reworked, though. Except for the LED signature to the taillights, the carmaker hasn’t added anything new to the back of the car. Simply put, this muscular and elegant compact crossover looks absolutely awesome.

The cabin of the 2016 Mazda CX-5 can receive five passengers at the time. This time, the carmaker delighted its customers with more upscale materials. The seats are wrapped in cloth in Touring and Sports trims while the most expensive trim level gets leather wrapped seats. Even the touchscreen gets leather surrounding. The major change for this model year is the center console and the center stack. 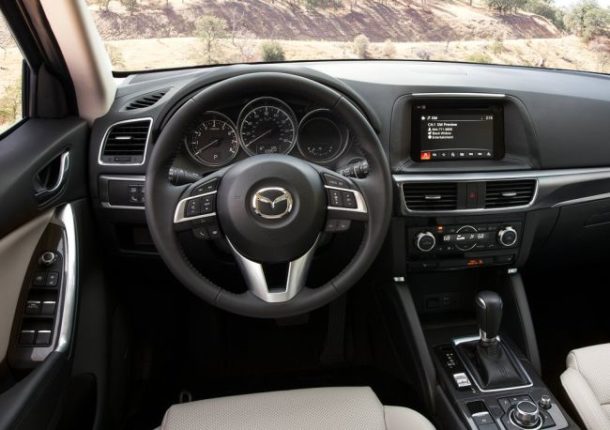 The 2016 Mazda CX-5 continues with its tried-and-trusted 2.0-liter inline-4 and 2.5-liter inline-4 engines. Thanks to the Skyactiv technology, the engines deliver excellent fuel economy and ample power. The base engine makes 155 ponies and 150 lb-ft of torque while the second engine option cranks out 184 horses and 185 lb-ft of torque. 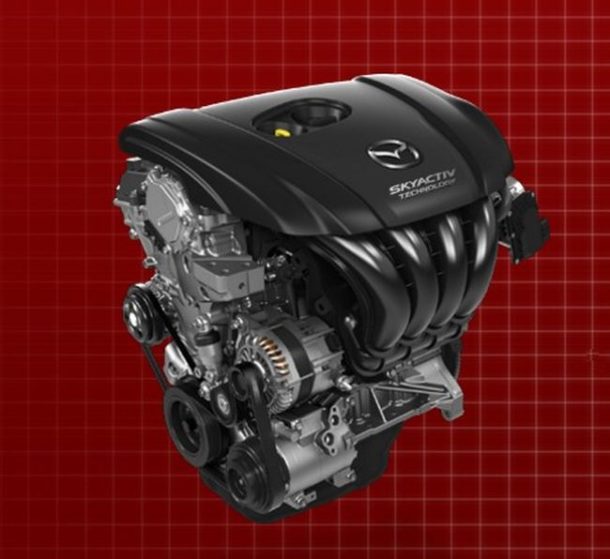 The first generation of Mazda’s SUV dubbed Navajo joined the SUV market in 1990. Fifteen years ago, the carmaker introduced …