The Mazda CX-9 has been updated earlier this year after the first generation was around for nearly a decade. The new model is using their new SkyActiv platform, features a really unique engine and offers everything you would want from a seven seats crossover. The only drawback is the limited amount of space inside the cabin which is mostly due to the smaller than usual external dimensions. So far the car has been nearly flawless but this will not stop the Japanese manufacturer in releasing a new version with the 2018 Mazda CX-9. So far this model is just an assumption but there are some interesting inside information. 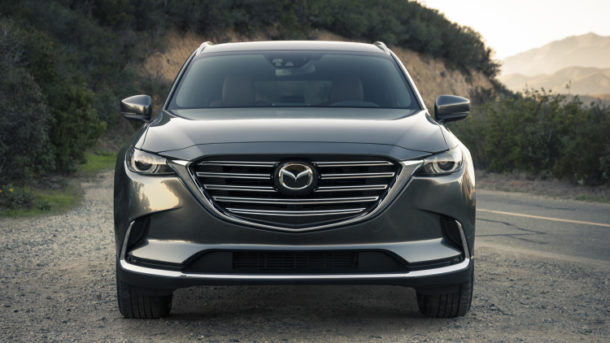 The current car is smaller than the previous version but it has a longer wheelbase. Despite that, when comparing it with its rivals, the CX-9 pales. These usually offer quite a bit more space for roughly the same price. Unfortunately Mazda can’t do much about this. The 2018 model will likely come with the same interior layout as before. The differences will be in the details. So far it seems that the 2018 model of the car will receive new technology for the interior, some changes under the hood and it just might receive a hotter version with a rumored MPS model. The price is not going to change much, at least for the base model. Expect it to still start around $32,000.

Its previous model was quite bland in terms of looks. Luckily this is not the case for the new car and it won’t be the case for the 2018 Mazda CX-9 either. The front end is expected to be carried over from current gen model. The really expressive grille and bumper design should be carried over mostly unchanged. However, the headlights might be replaced, at least on the higher end models, with fully LED lit units. These are currently not available which seems like an oversight. The car is also likely going to receive a couple more color options and new rims as well. The rumored MPS model might sit closer to the ground on higher performance tires. This could also feature some sort of body kit to help it at higher speeds. Its only competitor, despite the price difference, would be Audi’s SQ7.

New CX-9 – Inside the cabin

We said above that the layout will stay the same but some changes will occur. For starters, the CX-9 will likely receive a bit more gear in the most basic model. This is a bit too bare-bones in comparison with some of its rivals. The materials are some of the best in its class and the fit and finish has been quite good for this new generation of the car. 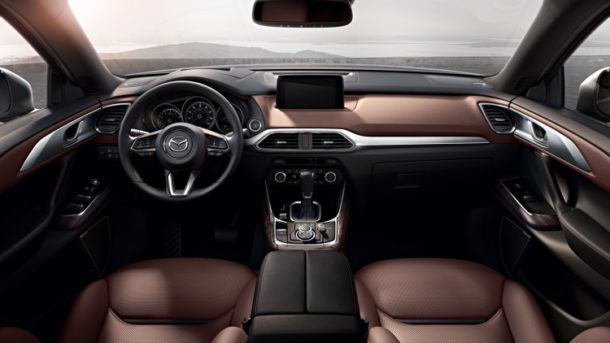 With a 2.5 liter turbocharged inline 4 the ongoing CX-9 is everything but slow. The engine provides plenty of low end torque and a sufficient amount of power with a rated output of 250 horsepower and 310 lb-ft of torque. While this engine will remain unchanged, the MPS is expected to receive a tweaked version of the same powertrain. Some rumors suggested closer to 300 horsepower but nothing has been confirmed at this point.

Also, even though Mazda has not said much about this, it seems that the 2018 Mazda CX-9 might feature their 2.2 liter turbocharged diesel which was released not that long ago on the US CX-5. This engine makes 170 horsepower and 310 lb-ft of torque but it could easily be tuned to offer closer to 200 horsepower. While it lacks the power of the 2.5 liter turbo-petrol, it makes up with much better fuel efficiency and the same amount of torque. All of these will be mated to a six speed automatic and either front or all wheel drive.

After is has been a rumor for a really long time, GM finally released the brand new 2018 Chevrolet Equinox …

The ongoing Tundra was released back in 2006, and it is currently the oldest truck still in production. While most …