The Velar has been released back in Match and it went on sale only a couple of months back. The car is meant to be Range Rover’s high-performance offering and so far it managed to impress quite a few people. Unfortunately, the Velar is not perfect. At the moment the car is missing a true high-performance model which is unfortunate considering it is meant to be one. In order to change that it looks like a revision will already be released in the near future with the upcoming 2018 Range Rover Velar SVR. Just like its name suggests, this will become the new range-topping model and if the rumors are true, it might become the most powerful production Range Rover to date.

Unlike most of their other models, the Velar is based on the same platform as the Jaguar F-Pace. This means it uses an all aluminum structure which is rear wheel drive at its core. This platform is considerably stiffer than that of its larger siblings while also being quite a bit lighter. In fact, the Velar weighs right around 4,000 pounds which is more than 1,000 lighter than the regular Range Rover. Thanks to that it is much better to drive than its sibling and considerably faster when equipped with the same engines. The SVR will add a few improvements over the regular model. Expect bigger brakes, possibly carbon ceramic rotors in the front, as well as a revised suspension setup. Some suggested an air-ride system is possible but the 2018 Range Rover Velar SVR might receive adaptive shocks with regular springs. This would save weight while giving the car a far better set of driving characteristics.

Even though the SVR hasn’t been officially confirmed, the car has been spied testing on the Nurburgring a few times now. As expected, the changes are not as striking as some suggested at first. It looks like the car will benefit from a new honeycomb grille, different LED headlights, a larger bumper intake as well as a big front splitter. The wheels seem the same size as those on the current range-topping models. However, the brakes are definitely bigger sporting massive Brembo calipers both in the front and at the back. Possibly the most interesting design cue is the car’s center-mounted exhaust. The SVR seems to boast twin center tailpipes which would definitely give it a unique vibe in a class full of really restrained-looking cars. Even though the car was only in prototype form, we do hope the exhaust will be carried over to the production model. 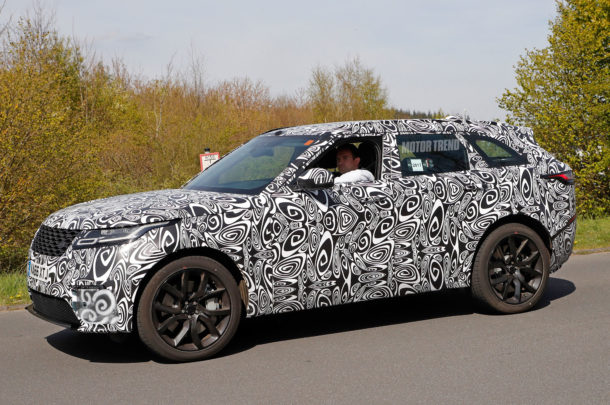 Just like with the other SVR models, the upcoming 2018 Range Rover Velar SVR is not going to be that different from the regular car. The dashboard and the seats are likely going to be the same as those on the regular model. The great tilting infotainment system and the great touch-based set of controls will also be used. However, the car may receive a new steering wheel, likely a three-spoke unit from Jaguar. On top of that, the upholstery is definitely going to be unique to the SVR. Expect darker materials than on the regular models as well as standard contrasting stitching. 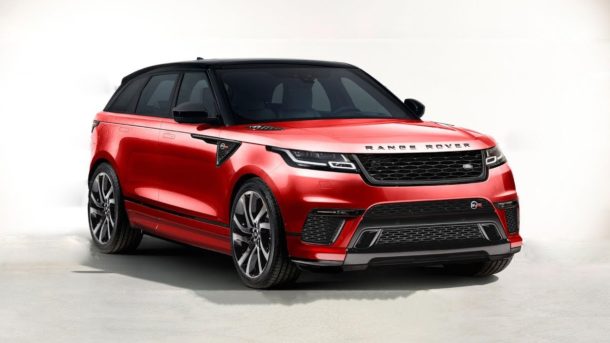 Some inside sources are saying the upcoming 2018 Range Rover Velar SVR is going to feature a 5.0 liter supercharged V8. Considering that most JLR’s high-performance cars use this engine, it is safe to assume this will also be the case with the Velar. The actual output of the engine is still unknown. Even so, the version equipping the regular Range Rover Sport is good for up to 542 horsepower and 502 lb-ft of torque which is quite a bit of power for a lightweight chassis. The version powering the Velar might get closer to 560 horsepower and roughly 510 lb-ft of torque. With the help of an 8-speed automatic gearbox and a standard all-wheel drive system, the Velar should be more than capable of achieving a 0 to 60 MPH time of less than 4.0 seconds. Its top speed will likely be limited to around 160 to 180 MPH. This would allow Jaguar to finally challenge the already established German competitors which have been dominating this market for a while now. 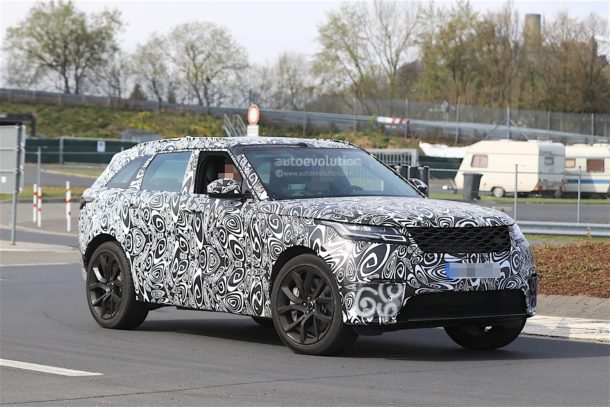 The 6 is Mazda’s family sedan which has been around for a while now. The car received a major update …