The new generation Wrangler has been confirmed a while back by Jeep but the rumors about it go all the way back into 2014. Many said that the SUV was going for a lighter overall design and it seems that this is true. Some other rumors also seem to be true but more on those a bit later. The model is going to be released with the 2018 Jeep Wrangler but the actual release date will more than likely be in the second half of 2017. At this point the price is unknown but some suggested it will still cost the same as before. The base model will start around $25,000 with the four-door version going from around $29,000. 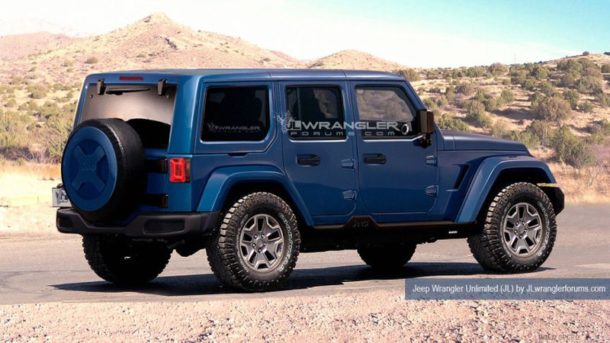 The best part about the new Wrangler is that it will remain a body on frame SUV. This is great because it means its off-road capabilities will be carried over to the new model. However, the car will feature a new high strength steel frame. This will increase the torsional rigidity considerably and it will allow Jeep to make a safer overall vehicle. With that, the body is still expected to be made out of steel, or at least most of it. Some panels, such as the hood, fenders, doors and even the roof, might be made out of aluminum. This has not been confirmed but there are strong rumors from inside sources saying just that. Even though this doesn’t really seem possible for Jeep at this point, let’s not forget that both RAM and Dodge are expected to use aluminum in the future. 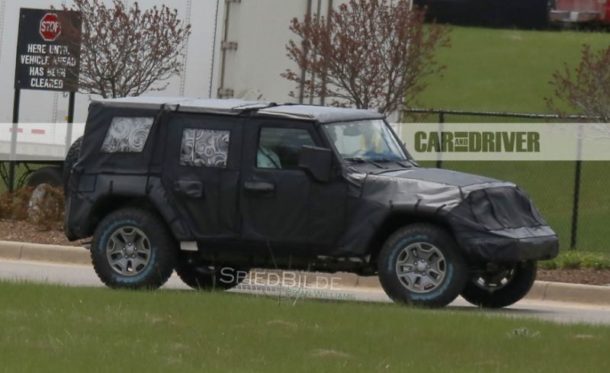 So far we have seen quite a few prototypes of the 2018 Jeep Wrangler and most of them have been quite revealing. The car seems to have the usual seven-slots grille in the front, similar round headlights and a similar front and rear bumper. However, we can also see some differences. For starters, the front end is more angled to provide a better drag coefficient. The rear also seems changed and the entire glasshouse will be all new. The wheels will come with new designs, some of which seems to be taken from the smaller Renegade. Unfortunately this model is not going to have a detachable windshield or doors which is a bit of a shame. This is because Jeep will have to meet much stricter safety features which were not possible with the removable parts. 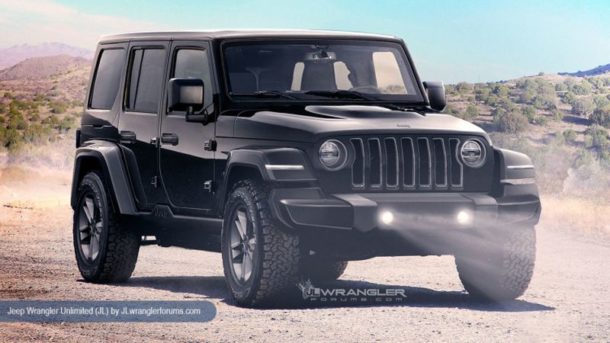 Inside the cabin of new Wrangler

Not much has been said about how the 2018 Jeep Wrangler is going to look on the interior. Rumors say that Jeep will turn to FCA’s other products in order to offer a more car like experience. While this hasn’t been confirmed, it would make sense, especially since some of their other models are doing just that at this point in time.

The new Wrangler is going to be FCA’s first product to use a new 2 liter turbocharged inline 4 gas engine. This has received the “Hurricane” code-name and so far it seems that it makes around 300 horsepower and 300 lb-ft of torque. This is more than what the current V6 makes which is quite impressive. The 3.6 liter naturally aspirated Pentastar is also going to receive an update. The early rumors suggest around 330 horsepower and 280 lb-ft of torque. On top of these two Jeep is also going to add a diesel to the mix for the first time in the US.

Instead of going to the European 2.8 liter unit, Jeep will more than likely give the Wrangler their 3 liter turbocharged V6 from the EcoRAM. A manual transmission will still be available with the V6 but all the others are expected to get an eight speed automatic.

The Traverse is a minivan disguised as a full size crossover which has been around ever since 2009. Even though …