The 1st generation of the EcoSport has been released all the way back in 2003 with the 2nd model arriving a decade later. The US version of the car, on the other hand, has only been revealed with the 2018 Ford EcoSport Compact and it features quite a few changes over the International model. It boasts more power, different options, and a new design. However, the latter will eventually be adopted by all the other markets as it brings the EcoSport alongside Ford’s latest vehicles. 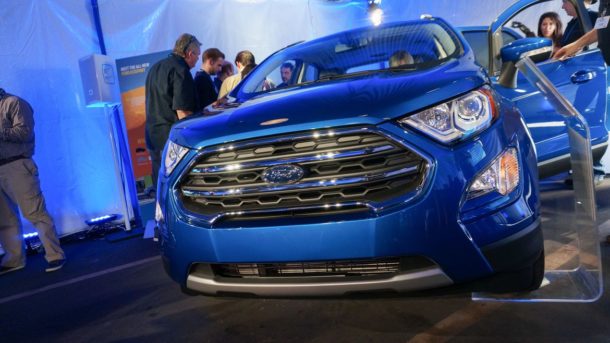 The car is actually based on the Fiesta, so it features roughly the same running gear as the compact hatchback. This also means it doesn’t really have much room to offer but more on that later. Thanks to its size, the EcoSport is great for city use while also being quite capable for light off-road. One of its best parts is its lightness which allows it to be really efficient as well as fun to drive. The US version of the car seems to check in all these boxes. However, it isn’t as efficient as the European model but it does offer more kit as standard. So far the pricing hasn’t been revealed for the new EcoSport. Even so, it looks like the base version is going to cost in the neighborhood of $17,000 which would make it one of the cheapest sub compact crossovers on the US market. This should be more than enough to allow the car to become one of the better selling vehicles in its class. 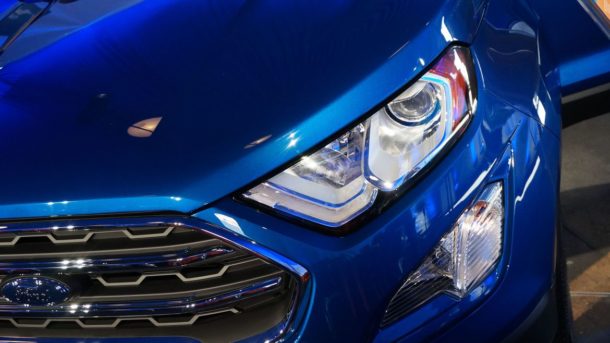 Even though the 2018 Ford EcoSport Compact is basically a Fiesta, its interior doesn’t really look like the interior of such a small hatchback. There is more than enough room on both the front and rear seats with the added benefit of providing considerably more headroom than its sibling thanks to its taller body. The trunk is one of the drawbacks of its design but this is easily alleviated with the help of its side-opening tailgate. Unfortunately, the US model won’t receive the tailgate-mounted spare-tire which means its trunk will be smaller than otherwise. 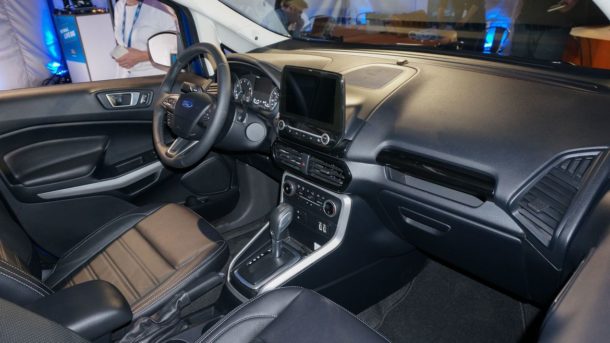 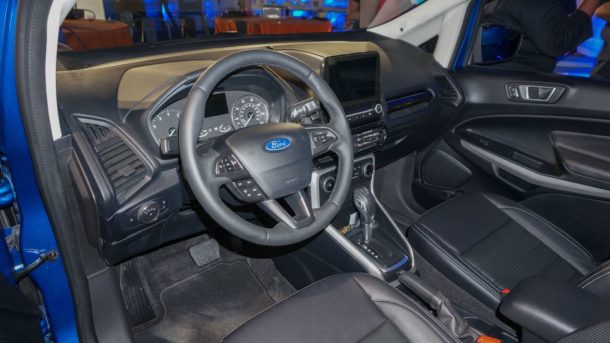 Over the European model, the US EcoSport received quite a bit of attention inside. The car has the same dashboard-design as the 2018 Fiesta with the colorful inserts and the new center stack. The instrument cluster is really clear and easy to read while the optional 8.0 inch Sync3 infotainment system has to be one of the best in its class. Likely the only drawback is the set of materials Ford chose for the EcoSport which is definitely worse than what its competition has to offer. 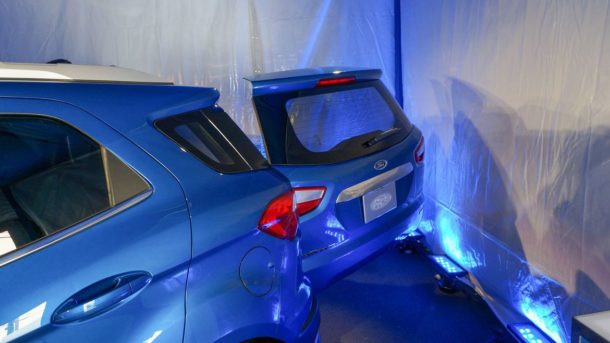 While the 2018 Ford EcoSport is all new for the US market, the car hasn’t changed all that much since it was released back in 2012. The rear is mostly identical to that of the original model sporting roughly the same tail lights, bumper, and even wheels. The big change is the removal of the rear-mounted spare tire and on top of that, the front end is all new. The 2018 EcoSport is more similar to the new Edge than to its predecessor. The car sports a new hexagonal grille, smaller swept-back headlights and V-shaped fog-lamps. On top of that, Ford is offering more colors to chose from as well as different optional extras in order to help the buyer further customize its perfect car.

Under the Hood of 2018 Ford EcoSport

The base version of the 2018 Ford EcoSport comes equipped with a 1.0-liter turbo-three which is good for up to 120 horsepower and 125 lb-ft of torque. This engine is only available with the front wheel drive version of the car. The option comes in the form of a larger 2.0 liter naturally aspirated inline-four. This is good for 140 horsepower and 140 lb-ft of torque which is all sent to all four wheels. Even though the output might change closer to its release date, it is safe to assume it won’t change by much. Both engines will likely come equipped with the same 6 speed automatic as the older Fiesta which is a real shame. Some suggested that Ford’s newer 9-speed gearbox might be used but this is highly unlikely. We may see a more basic version of the EcoSport with a manual but this has yet to be confirmed. 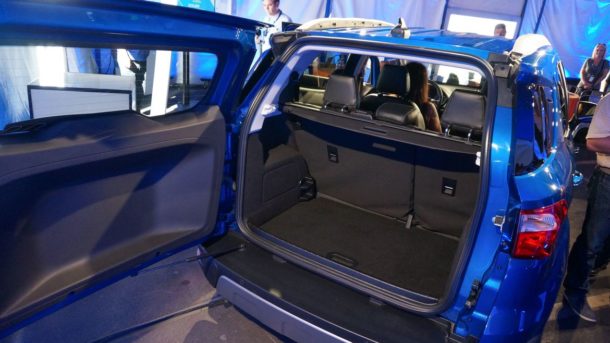 After many rumors about a new Armada, Nissan finally released the 2nd generation in early 2016. Unfortunately, the car was not …