A couple of years ago Ram released their new HD2500 with the 6.7 liters Cummins capable of up to 900 lb-ft of torque. While the truck has been the class leader for a while, it is currently trailing the pack with the third torque rating on the market. It seems that this is about to change once again with the 2018 Ram 2500. So far the FCA Group didn’t say much about this future model. However, there are a few things clear from the start. It seems the 2018 model won’t be the all new version everyone was expecting. Instead, it will be an update which will likely come with a revised engine and possible tweaks to the truck’s front end. These should be more than enough to allow it to remain competitive, at least until Ram will release the smaller 1500. 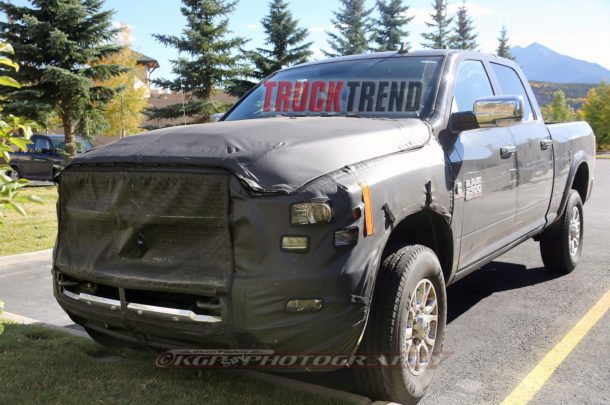 It still is unclear if the chassis of the current 2500 Ram can handle that much torque. The new versions of the truck have been spied testing on the open road with camouflage covering the front end. This likely suggests engine changes but more on that later. The trucks didn’t seem that different from what is currently available, so it is safe to assume the chassis and running gear are the same. Despite that, we should see improvements in the maximum tow rating for 2500. Some suggested that with this update Ram will be able to get at the top of its class which would not be an easy feat. If they manage to do it, then we have no doubt Ram will be able to maintain that position in the future with their all-new 2500 which is slated to be released in the upcoming years. 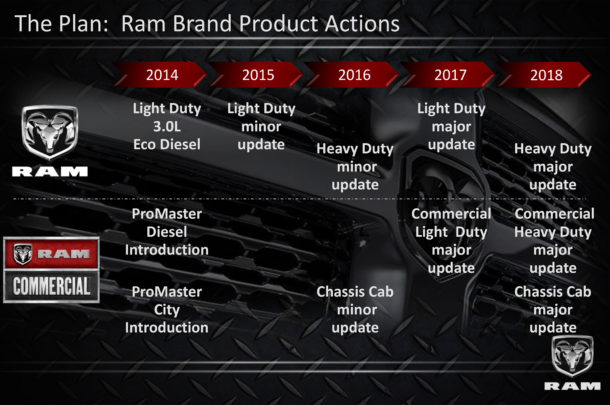 Even though the 2018 Ram 2500 is a truck and most people get it for its capabilities, plenty of its buyers still wants it to look good. The camouflaged test mules suggest small updates to the front end of the truck which will more than likely get it closer in design to the new 1500. Expect small changes to its headlights, likely a new grille and possibly a revised bumper to allow for more airflow to the engine bay. The hood and fenders will likely remain the same as before while the cabin won’t change a bit.

The interior of the truck is expected to receive a new infotainment system to replace the older unit found in 2500. Some suggested it will get the same unit as in the Pacifica which also means the steering wheel will have to change. Most of the design will likely remain similar to what is currently available, but the fit and finish could improve slightly. 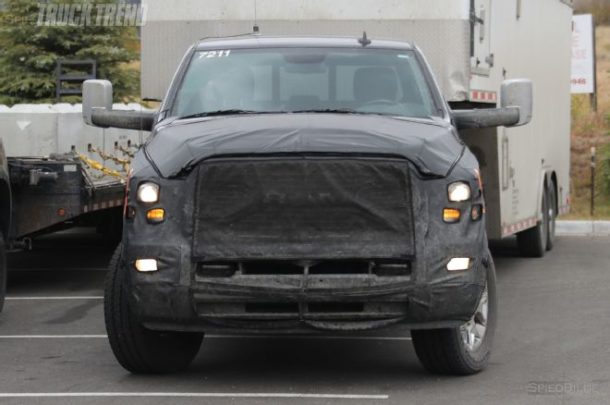 The 2018 Ram 2500 will more than likely come with a revised set of engines. The base version is set to receive a 5.7 liter naturally aspirated V8 good for 383 horsepower and 400 lb-ft of torque. This engine is set to be either replaced or heavily updated in the new generation 1500. The 6.4 liter naturally aspirated HEMI V8 is still likely going to make an appearance in some versions of 2500. This could receive a small bump to around 420 horsepower and over 430 lb-ft of torque through tweaks made to its fuel injection system. However, the one most people are looking for is the 6.7 liters turbocharged inline 6 Cummins. This is one of the best engines on the truck market and thanks to that it received a lot of praise. The engine currently makes 385 horsepower and 900 lb-ft of torque which is great, but not the most in its class. It seems the 2018 Ram 2500 could receive a revised version of this engine. Most rumors suggest close to 400 horsepower and 1,000 lb-ft of torque. This would allow 2500 to become the first civilian mass-produced vehicle to offer 1,000 lb-ft of torque and it would certainly push its rivals to do more. However, this amount of torque would likely require a revised transmission. The current six-speed Aisin will likely receive a different software to cope with the extra torque. As before, a four-wheel drive system is more than likely going to be available across the range. 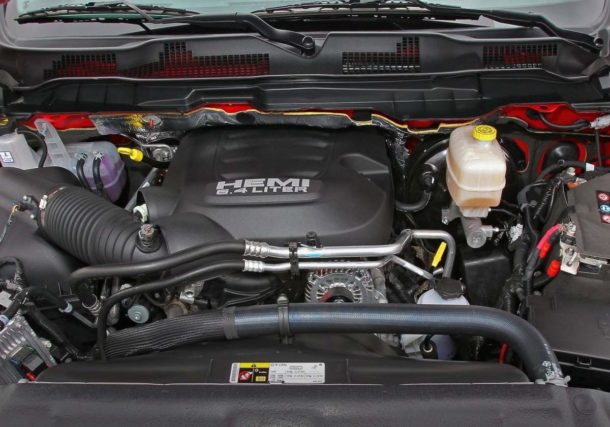