Even though the 650S has been around for little over two years, it will be replaced by a new model – the 2018 McLaren 720s. Its successor has already been spied testing wearing no camouflage which is quite unusual for a development vehicle. The new car seems to be based on the same carbon fiber mono-tube chassis as before. However, experts suggested that the new car will be more structurally rigid than before and thanks to that the weight might go down slightly. The wheelbase, and most of the car’s dimensions for that matter, are all expected to remain the same or at least be very similar to the 650S. 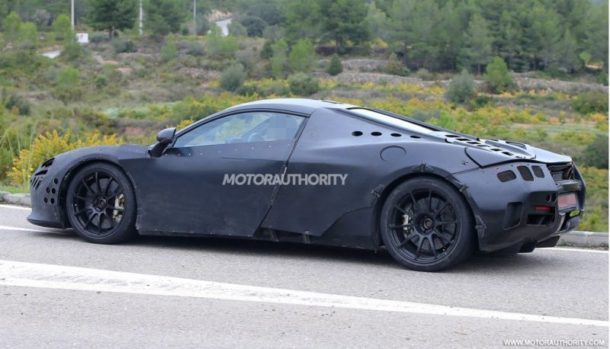 The replacement for the 650S might ditch the horsepower-based name in the favor of something else. In fact, it may be released as the 2018 McLaren 720s which would not fit the naming scheme started with the P1. The car is not actually going to be all new. Instead, it will be more of a refresh for the 650S. This has also been the case with the 650S itself which replaced the MP4-12C. The 720s is expected to hit the market in the mid of 2017 and its price should hover right around $275,000. McLaren already started to take $13,000 deposits for it which means it is close. 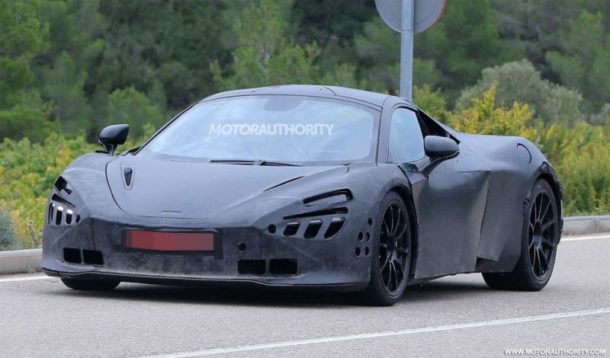 This is the most striking part of the 2018 McLaren 720s because they somehow managed to make it look more thrilling without adding crazy spoilers. For starters, the front end is all new and it looks like nothing they ever did before. The headlights, and the DRLs, are mounted inside V-shaped intakes which seem to channel air to the sides. The bumper, as well as the hood, both feature V-shaped accents and intakes that really give it a unique look. The new 720s is also going to feature some of the slimmest headlights ever made thanks to a new LED technology developed by McLaren. The biggest difference over the older model is the lack of side-intakes. Rumors say that these have been moved to the underside of the car which is also the reason why the front features so many more grilles that channel air under the car. The rear end is not as striking as the front mainly because here McLaren has been clearly inspired by the P1.

Not much is known about this part of the 2018 McLaren 720s. So far it seems that they may go to the less expensive 540 and 570 models for inspiration. Both of these feature more equipment and better materials than the older 650 and 675 cars. The 720s might get the rather minimalist, yet highly functional, dashboard found in the less powerful 540C but it might also receive quite a bit more gear and much better seats.

The 720s is more than likely going to make use of the same 3.8 liter twin-turbocharged V8 as before. This has been developed by McLaren and built in cooperation with Ricardo. The 720s will receive a heavily revised version of it which is expected to make closer to 700 horsepower and well over 550 lb-ft of torque. The current car makes 641 horsepower and 500 lb-ft of torque while the LT version has 666 horsepower and slightly more torque. Some suggested the 720s would have to slot between the two but this is not the case. In fact, McLaren would benefit more from offering more power in the 720s because it would leave both Ferrari and Lamborghini well behind them in terms of performance. The seven speed dual-clutch gearbox, and the rear wheel drive system, are not going to change for the successor of the 650S which makes sense considering the car is more of an update than anything else.

Even though the RAM 1500 is the only truck in its class with a diesel, because it has been around …