The third generation of the Cayenne has been under development for quite some time now. So far we have only seen the new generation in test mule form. All the prototypes, including those with the new interior, wore the sheet metal of the current car. This likely means that the new platform will not change the wheelbase all that much. From most spy shots it seems slightly wider than before with a similar wheelbase. The 2018 Porsche Cayenne might also get lower as well which should improve the drag coefficient and make for an even sportier look than before. 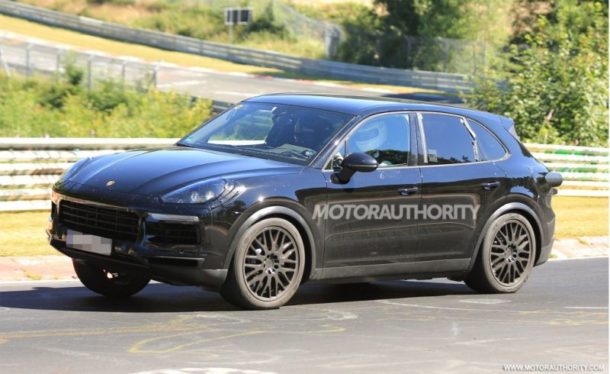 The chassis – anything special?

Well, the 2018 Porsche Cayenne will be based on the same MLB Evo platform as the Audi A4 or Bentley Bentayga. This is a highly modular chassis which has been developed to be able to form the basis for most of VW’s cars. The Cayenne will be one of the sportier models to use it. The car is expected to get a standard air suspension system, large brakes front and back and some of the most powerful engines out there. The release date is unknown but there is a large possibility for it to be released next year at Geneva. The production version will more than likely come shortly after that. The pricing has been kept under wraps but considering the new Panamera’s pricing scheme, the Cayenne should still start around $60,000 and go up to well over $100,000. 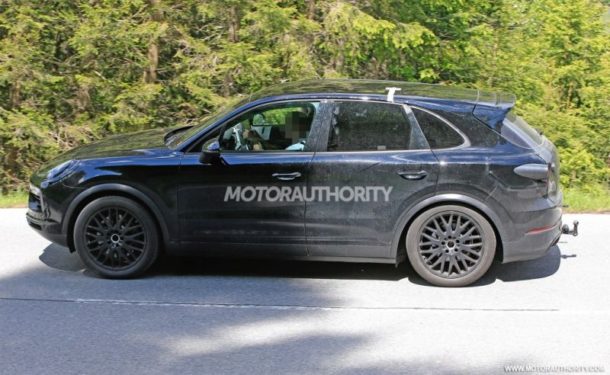 The interior of 2018 Porsche Cayenne

Even though it seems to be early in the development stage, we have already seen how the cabin of the 2018 Porsche Cayenne is going to look. One of the test mules had the entire dashboard revealed and the result was not as shocking as some said. Instead the Cayenne is using nearly an identical dashboard and layout to that found in the Panamera. The cockpit is rather narrow but large enough to fit any size of an adult comfortable. The instrument cluster looks to be the typical Porsche 5-gauge panel while in the center there is a massive landscape-mounted screen, identical to the one in the Panamera. Like you would expect, the Cayenne will benefit from more headroom than its sedan counterpart but the legroom will likely be similar to it. 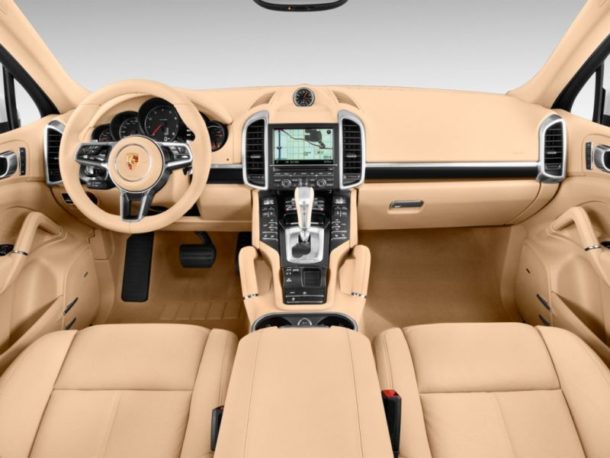 The exterior of new Cayenne

Unfortunately so far Porsche managed to keep the secret of the car’s design very well. Despite that some inside sources suggested some really interesting details. For starters, the car will likely get the new four-LED cluster headlights, the more aggressive front bumper as well as a Macan-like rear end. The latter would allow Porsche to bring the cars closer and offer something similar to what BMW or Mercedes do.

2018 Porsche Cayenne – Under the hood

Some said that thanks to the weight loss the 2018 Porsche Cayenne will sure, it would receive a 2 liter turbocharged engine. This seems unlikely considering the price so we would instead bet on a larger V6 with around 300 horsepower. This may even be turbocharged to improve fuel economy. The S model is expected to get the 2.9 liter twin-turbo V6 found in the Panamera where it makes 440 horsepower and 405 lb-ft of torque. The top of the range models will benefit from a 4 liter twin-turbo V8 with 550 horsepower and 567 lb-ft of torque. 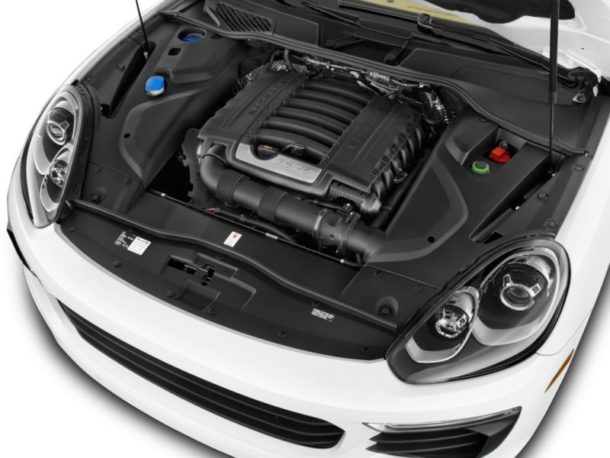 Even though Porsche didn’t release much else, we are quite sure that more engines will be added to the mix. At least the European market is going to receive one or two diesel engines with outputs ranging from around 200 horsepower all the way up to nearly 400 horsepower. All models will benefit from an eight speed DCT gearbox and all wheel drive which will be biased towards the rear wheels.

While the WRX has been updated a while ago with a new engine, the STI was left pretty much unchanged. …