After is has been a rumor for a really long time, GM finally released the brand new 2018 Chevrolet Equinox and so far it seems to be a far better car than before. For starters, it gets more efficient engines, a nicer overall build quality and it seems to be far better equipped than before. The car shares its chassis with the Envision which is a Chinese-made crossover. After being met with heavy opposition from the UAW, GM decided to build the Equinox in the US, unlike its close sibling. One of the largest changes for the new car is the weight. 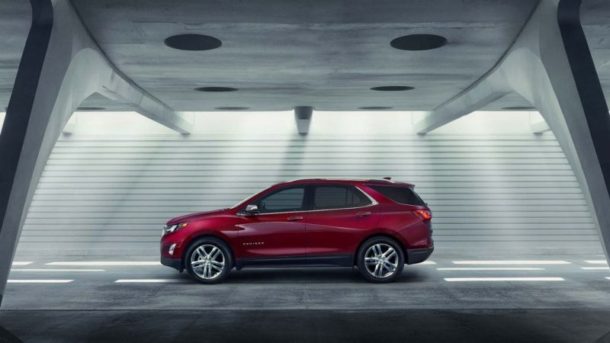 GM claimed that the new Equinox lost as much as 400 pounds of weight across the model range. This is a rather big loss and it would put it in close competition with the CR-V or the Escape. The new D2XX platform is not only lighter but it is also noticeably stiffer than before. This allowed GM to improve the NVH levels quite a bit. Unfortunately though, even if the car has been showcased, it will not go on sale for a few more months. Its price is likely going to take a small hike over the current model. Expect the new base model to start at around $24,000 which is still a good value for a car that offers so many features. 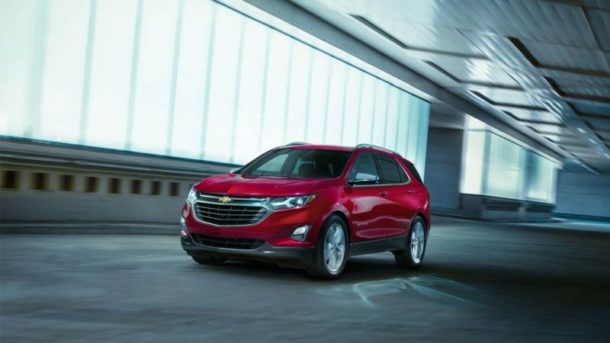 The interior of 2018 Chevy Equinox

Because the 2018 Chevrolet Equinox is nearly 4 inches shorter and has a 4 inches shorter wheelbase you would think there is less pace inside. Luckily this is not the case. Thanks to the new platform, the interior features a nearly identical cabin to the older model which is quite impressive. The design changed dramatically as well. The dashboard is all new and features design cues from GM’s sedans.

The center stack is more curved and features either a 7 or 8 inch screen, the controls for the HVAC system are right where they should be and the driving position is great. In fact, it is lower than in its competitors which makes it feel a lot sportier than it really is. The materials are also much improved over the older model with a denim-like insert on the dashboard and really nice quality plastics. 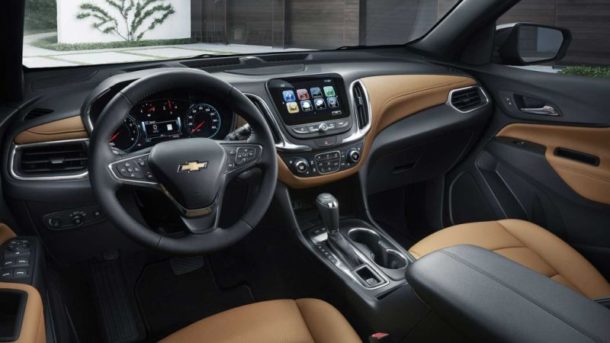 The design – better than before?

Definitely! The new 2018 Chevrolet Equinox is not only a better looking car but also a better proportioned one as well. The front end features Chevrolet’s new corporate look with the two separate grilles. The back on the other hand has a really European influence to it which really sets it apart from the competition. The smaller overall footprint can easily be seen from the profile but thanks to the new lines that run across the sides, it looks just right. 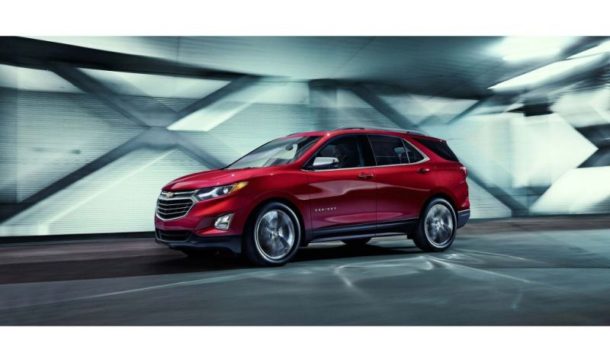 Chevrolet Equinox 2018 – Under the hood

Instead of the old 2.4 and 3.6 liter engines, the Equinox now has three different powertrains. The base car gets a 1.5 liter turbocharged inline 4 which has 170 horsepower and 184 lb-ft of torque, a good compromise over the older 2.4 liter engine. The old V6 on the other hand has been replaced by a 2 liter turbocharged mill with 252 horsepower and 260 lb-ft of torque. Both of these should feel just as fast as before while delivering much better fuel economy.

The third engine is a 1.6 liter turbocharged diesel with 136 horsepower and 236 lb-ft of torque. This should be good for around 40 MPG on the highway and up to 31 MPG in the city. Front wheel drive will be standard while all wheel drive will be an option. The two smaller engines will get a six speed automatic while the larger 2 liter unit will get a nine speed automatic gearbox.