Chevrolet introduced the Equinox model in 2004, which was meant to be a 2005 year model. It was a compact crossover SUV and it was based on the GM’s unibody Theta platform, made at the CAMI Automotive plant in Ontario, Canada. Two generations of this popular crossover have been made to date – the first generation debuted in 2004 until 2010, and the second generation from 2010 to present. The third generation is scheduled to debut in the fall of 2015 and it was unveiled at the 2015 Chicago Car Show. It will feature a fresh design, with many improvements in both visual and mechanical way and, with the right price, Chevrolet may have scored the jackpot with 2016 Chevrolet Equinox.

The all new Chevrolet Equinox 2016 will feature a more aggressive design than before. Looking at the front, it will feature a redesigned headlights, which are now shaped to form a large round like shape, and are quite bigger than before. The fron grille is also larger and splitted in two with a stripe featuring the Chevy logo. The front bumper now has a large air intake opening at the center of the bumper. 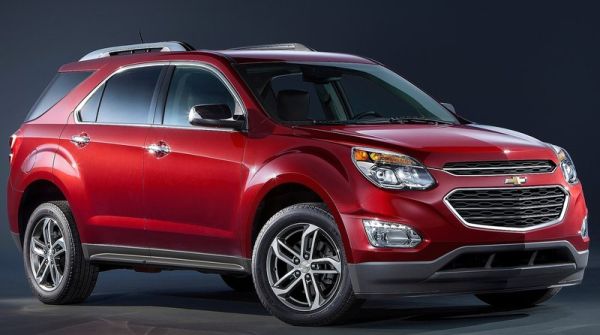 The fog lights are mounted on each side of the bumper, also featuring LED daytime lights, forming a simple single stripe. The back of the car follows the same robust design as the front. It features rectangulary shaped splitted taillights, with a sinngle stripe LED lamps on the top of the rear. Rear bumper has dual chromium plated exhaust pipes at the bottom.

Interior of the new Chevrolet Equinox

The interior looks pretty cheap and plastic for such highly priced SUV. There are too many buttons positioned at the center of the console beneath the LCD display, which makes their access not very convenient. The 2016 Chevrolet Equinox interior features black and gray coloring, with few chromium elements on the shifter knob and cupholders. 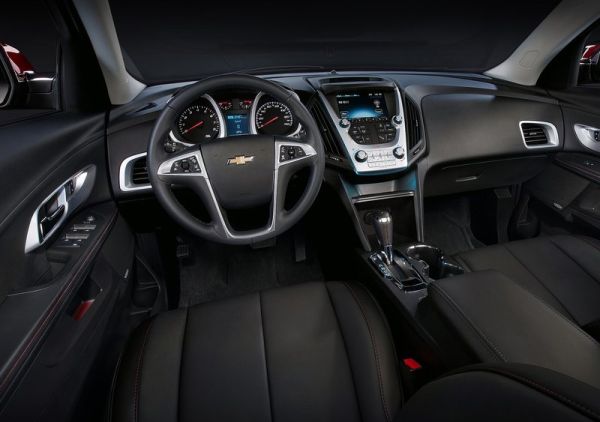 Under the hood of the new 2016 Chevrolet Equinox, two engine options will be available to choose from. The first, mre powerful engine will include a 3.6 liter turbocharged V6 engine, with the staggering output of more than 300 horsepower and 272 lb ft of torque. It will be coupled with a 6 speed shiftable automatic transmission system. The much less powerful second option will include a 2.4 liter inline 4 petrol engine which outputs 182 hp and a maximum torque output of 172 lb ft. 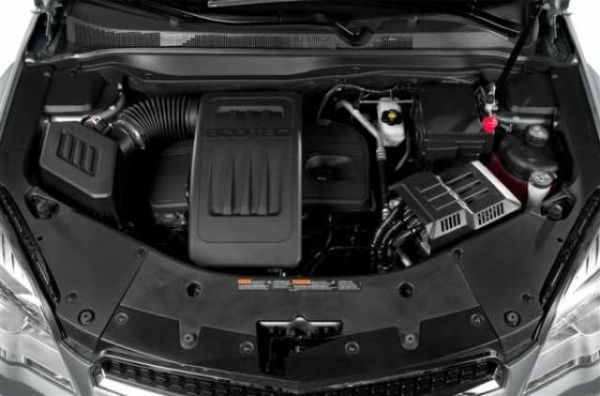 This engine will feature the same 6 spid automatic gearbox found on the V6. The mileage for the 2.4 liter version ranges from 22 mpg in the city to 32 mpg on the highway, with the average of 26 mpg, while the more powerful engine is not so impressive – 17 mpg in the city, 24 mpg on the highway and an average of 20 mpg. The towing capacity of the V6 version is 3,500 pounds, which is pretty good result.

Although the officials haven’t released the prices yet, it is safe to estimate tat the 2016 Chevrolet Equinox will cost around $26,000 for the base model. The vehicle is scheduled to hit sales in fall 2015 and it will be interesting to see whether it will be even better than its predecessors. 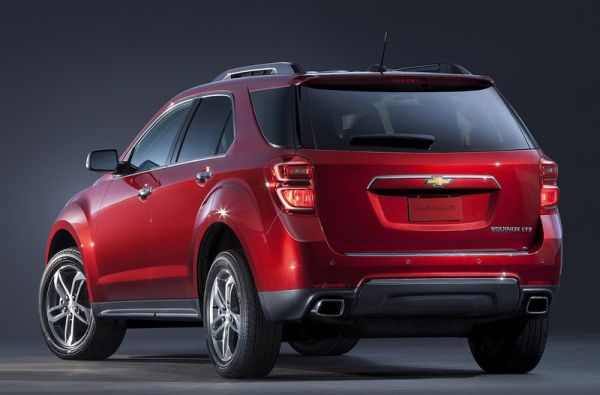 The expectations for the new 2016 Ford F-350 are big, considering that it will come as a new generation model …

GMC started producing Sierra model around 17 years ago. It has changed a lot since then but it has kept …