A few weeks back Mazda revealed the CX-8, a three-row crossover aimed specifically at the Japanese and Chinese markets. Since then the car has also been spied on US roads which could suggest that it will also be available here. The 2018 Mazda CX-8 is a medium-size crossover based on the same platform as the CX-5. However, the car boasts the same wheelbase as the larger CX-9, but it is just as wide as the CX-5 while being nearly 7 inches shorter than the larger CX-9. This not only allows the car to fit certain Japanese limits but it also means its buyers will pay less tax on it. While in the US this doesn’t apply, it would make for a really interesting car as it would offer plenty of usability for its size. 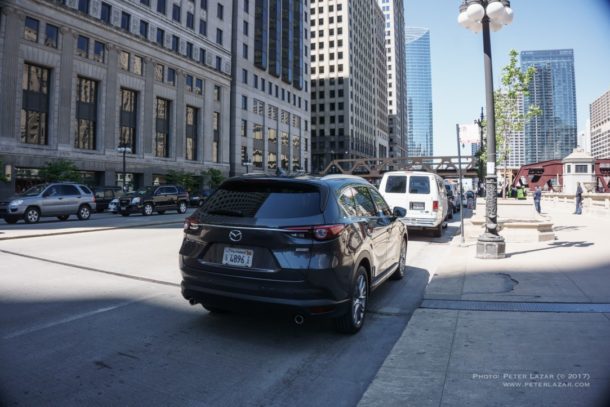 At this point, it still is unclear if the car will ever be released on the US market. However, in Japan where Mazda’s larger crossover is the CX-5, the CX-8 would make a lot of sense. The car would not only offer more room, but it would do it with a minimal increase in tax. This would be a godsend for the Japanese buyers needing those seven seats. The CX-8 will also be available in a 6-seats configuration, but it seems this might only be offered on the top-end trim levels. Its price hasn’t been revealed while its release date is still unknown. However, it is quite safe to assume it will be more expensive than the CX-5 by a right margin. This would allow Mazda to better differentiate the two which would make it easier for buyers to choose the right model for them.

The most interesting thing about the 2018 Mazda CX-8 has to be the way it looks. Even though it is based on an ongoing Mazda model and it shares many design cues with the CX-5, it manages to look rather unique. In the back, the car gets a very similar set of tail lights to those on the CX-9 while the bumper is quite close too. However, the tailgate has a much more aggressive angle to it, and the roof spoiler makes the CX-8 seem closer in design to a coupe-crossover. The really small rear three-quarter windows also help with this design, but they do rob the rear passengers from more natural light. Mazda showcased the CX-8 with large rims that make it seem smaller than it is. 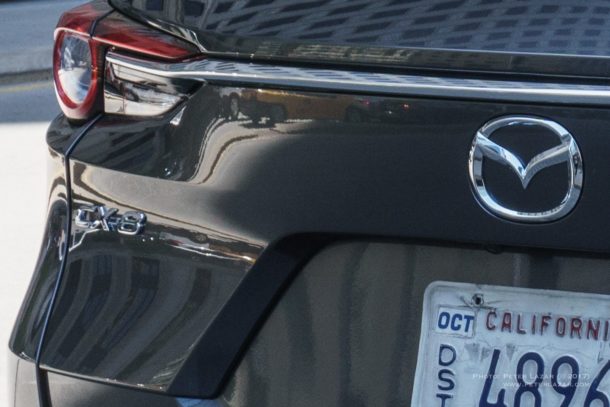 From Mazda’s official pictures we can clearly see the 6-seats version of the 2018 CX-8. This seems to boast identical seats for the front and middle row seats which could suggest heating and ventilation in the higher end models. The middle seats get a center armrest, two cup-holders, and HVAC vents. The two rear seats seem to offer a minimal amount of legroom, but they do offer HVAC vents and a considerable amount of headroom which is unusual considering the car’s design. The trunk is likely minuscule when all the seats are up but with the rear seats down the 2018 Mazda CX-8 should be considerably better than its smaller sibling. The 7-seats version hasn’t been revealed, but it is safe to assume it will be similar to the six seat version. The big difference will likely be the lacking HVAC vents for the rear seats and the individual middle seats.

The revealed 2018 Mazda CX-8 had a 2.2-liter turbocharged inline-four diesel offering 173 horsepower and a very impressive 310 lb-ft of torque. This engine will more than likely be offered in Japan as the sole option. If the car ever comes to the US market then also expect a 2.5-liter turbo four gas engine offering around 240 horsepower and close to 300 lb-ft of torque. The diesel is also a real possibility for the US market, especially now when Mazda confirmed it. While at this point it might still be early, the US version of the engine should provide the same amount of power as the Japanese one. On top of that, the camouflaged version of the CX-8 seen a while ago on US roads was the diesel which further solidifies the rumors. We would love to see the car with a six-speed manual, but it will more than likely come equipped with only a six-speed automatic driving either the front or all four wheels. 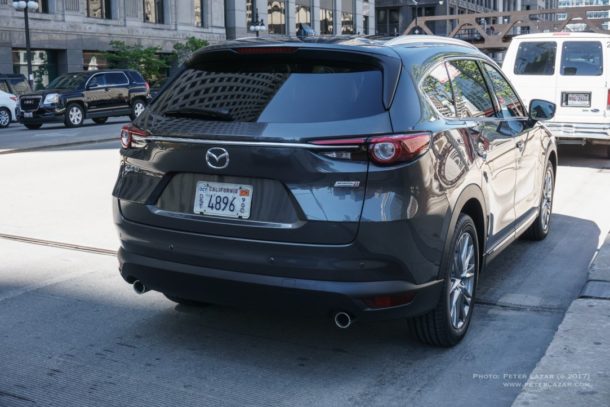 The current generation of the Mustang has been the most advanced muscle car on the market for a few years. …