The current Grand Cherokee has been released back in 2010 and it is actually based on a chassis derived from a Mercedes platform. While a new model is already long overdue, it seems that one will not come at least until 2019 or 2020. Until then, in order to spring some more life into the car, Jeep will be releasing an update. With this update, they are expected to introduce an entirely new model to the range which is also expected to be carried over to the new generation. This new model is going to be the 2018 Jeep Grand Cherokee Trackhawk. This name has been trademarked a while ago by Jeep and it was first intended for the small Renegade. However, it now seems that the Grand Cherokee will be the first to get it. 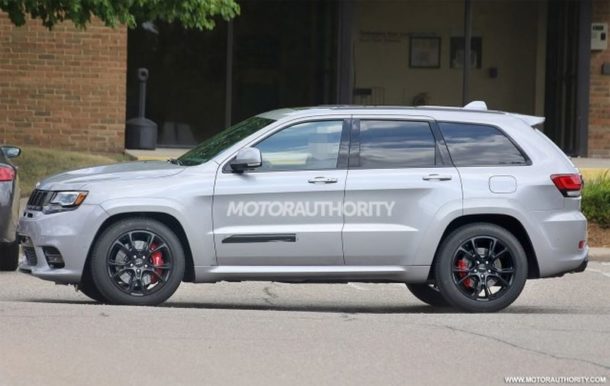 Grand Cherokee Trackhawk – What is it?

“Trackhawk” suggests a high performance track car and this is what the model is going to be. It will have most of its off-road features stripped down in order to be made into a much better street machine. The car will get a revised suspension system, new wheels and tires, a new engine and some other exterior and interior upgrades. In fact, the Trackhawk will actually be the Hellcat equivalent for the SUV market. So far it seems that Jeep may just release the most powerful production crossover ever made with it which would become really interesting. The car is expected to be released by the end of 2018 and it should hit the market at around $80,000. 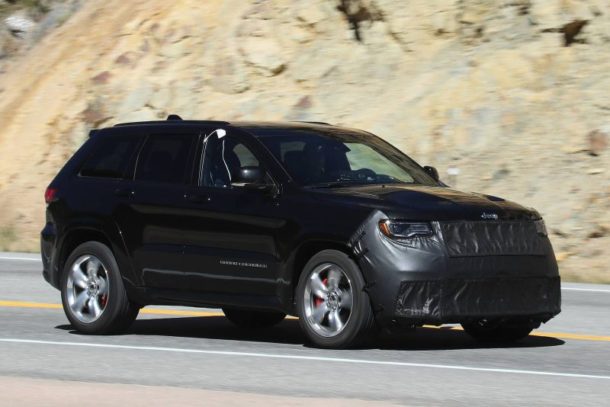 2018 Jeep Grand Cherokee Trackhawk – How it will look?

Even though so far not much has been released about it, the 2018 Jeep Grand Cherokee Trackhawk has been seen testing a couple of times. The car is clearly based on the current generation but it does have a new front end. The rear seems a lot closer in design to the SRT than first suggested which is also quite interesting. The front of the car will likely get a revised aerodynamic package, possibly with active flaps, in order to give it more stability at higher speeds. The wheels will likely be 20 inches in diameter and these should be wrapped in wider than 300mm tires. The same setup is also going to be used on the new Hellcat ADR. 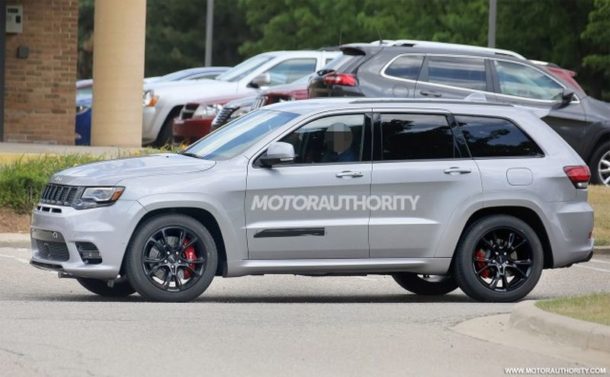 New Jeep Trackhawk – Inside the cabin

Not much will change here over the regular SRT. In addition, the 2018 Jeep Grand Cherokee Trackhawk is more than likely going to receive new front seats with larger side bolsters. On top of that, it may also get the steering wheel from the Hellcat cars. The test mules all had a roll-cage mounted in the back but this is likely not going to be the case for the production cars.

Under the hood of 2018 Jeep Grand Cherokee Trackhawk

This is going to be the most interesting part about the 2018 Trackhawk. The car is expected to use a 6.2 liter supercharged V8 HEMI. This will provide in the neighborhood of 707 horsepower and 650 lb-ft of torque. This would be quite a bit more than any of the competing cars and certainly more than the cars at this price point. Unlike all the other Hellcat cars, the Trackhawk is more than likely going to feature all wheel drive. With the help of those massive tires, it should easily be capable of a 0 to 60 MPH sprint of under 3.5 seconds. 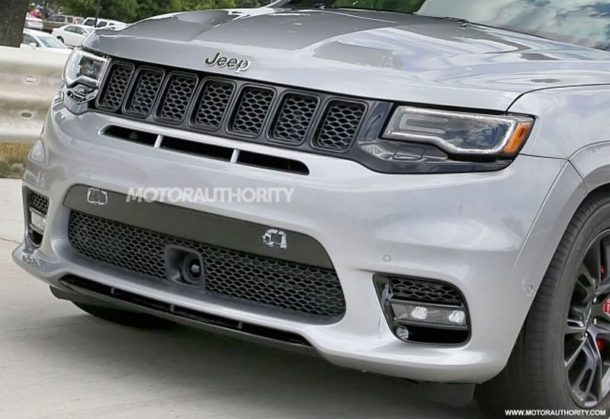 With that, it would become one of the fastest accelerating crossovers out there. The top speed will likely be limited to around 170 to 190 MPH in order to keep the tall body on the ground. An eight speed automatic is more than likely going to be the only option for the car, especially since it is one of the few able to handle all that power.

The 2nd generation of the Kuga has been released back in 2012 so it is not that old. Unfortunately though, its …