After many rumors about a new Armada, Nissan finally released the 2nd generation in early 2016. Unfortunately, the car was not what most people expected it to be. They said it was going to be based on the same chassis as the Titan. However, this didn’t happen. Instead, the current Armada is actually the same car as the ongoing Patrol Y62 which has been around for more than half a decade at this point. Because of that, the car may feel a bit old and that’s a shame because otherwise, it is a really good choice for those looking to get a full-size SUV. In order to remedy some of its issues, it looks like an update might, in fact, be released with the 2018 Nissan Armada. This is not going to replace the existing model altogether like some suggested. Instead, it should give the car a revamp in order to improve it and further differentiate it from the Patrol. 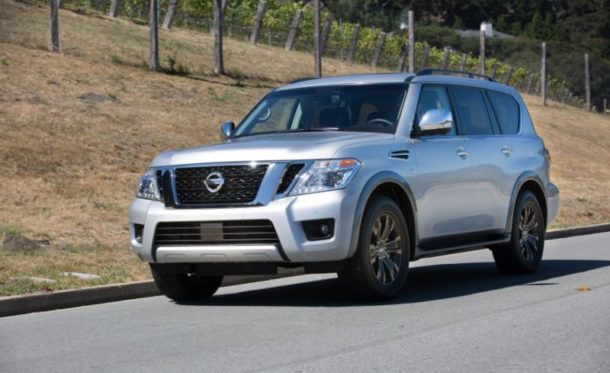 The Armada is based on a body-on-frame chassis like Nissan said. On top of that, it boasts a really stiff ladder-frame chassis on top of which a steel body is bolted. The only real drawback of this setup is the weight. The car weighs in at well north of 5,000 pounds which make it quite bad to drive on the road. In order to change that it looks like the 2018 model might receive a few changes. Firstly, the really fancy air-ride suspension available on the Patrol should also become available on the range-topping Armada. This will not only make it drive better but it should increase the comfort of its passengers by a really good margin. The price is likely going to go up because of that but it should still be well worth the price.

The ongoing model doesn’t really look on par with the manufacturer’s other cars mostly because it is the same as the Patrol. This is about to change with the 2018 Nissan Armada though. Even though this is still a rumor, it seems the car will receive a design closer to their crossovers. Expect a new V-shaped front grille, likely a new set of headlights that would wrap around the body as well as a new bumper. The latter would give the car a more menacing look which is actually preferred by the US customers. The really versatile character given by its good approach and departure angles is here to stay. In the back, the Armada is also expected to receive new tail lights as well as a new tailgate design. The latter would allow the SUV to be easily loaded and unloaded which is not possible on the current model due to its rather massive rear bumper.

The cabin of the 2018 Nissan Armada is also expected to receive quite a few changes. However, it seems the dashboard design might not change as much as we would look. However, a larger infotainment screen should now be added to the base models while the materials should improve slightly as well. The steering wheel is also expected to be replaced with Nissan’s latest while the instrument cluster might go through a small revision as well. There will still be more than enough room for 7 or 8 people with the possibility of improving the available space for the middle seats thanks to a new sliding system. 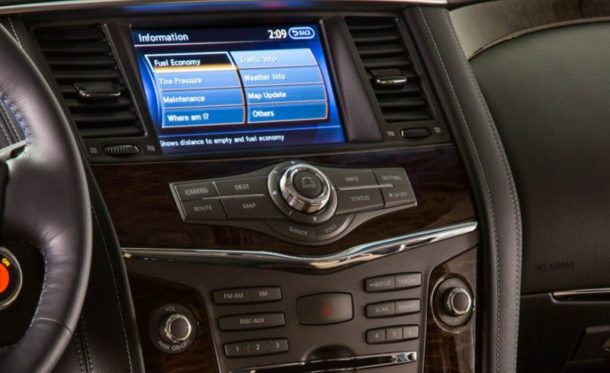 Currently, the car is being powered by a 5.7 liter naturally aspirated V8 which is good but not perfect. This is one of the least efficient engines in its class with the current version of the car barely getting 14 to 15 MPG on average for the rear wheel drive model. The upcoming 2018 Nissan Armada might change that. It looks like Nissan together with Infiniti developed a new 3.0 liter twin-turbo V6 which is not only as powerful as the V8 but considerably more efficient. This engine is currently known to make as much as 400 horsepower and over 350 lb-ft of torque. If the Armada will actually get it then expect around 400 horsepower and over 400 lb-ft of torque. This tiny engine is likely going to be mated to an 8-speed automatic thanks to which the new car may be able to breach 20 MPG on average which would make it a worthwhile choice for quite a few people. 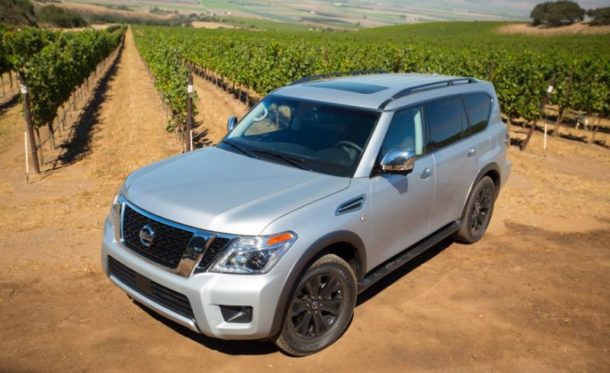