A few weeks back at the Los Angeles Auto Show, the brand new 2018 Mazda CX-5 has been released. Even though this comes four years after the original, it is a brand new car which is quite unusual for this class. Mazda decided that it is best scraping the old car and start fresh and it seems that it paid off. The new CX-5 features the updated SkyActiv platform which is stiffer than before and slightly lighter. With it, the center of gravity has been lowered which should improve the way it drives by quite a bit. This is not everything though. The design, inside and out, has been heavily revised but its engines remained the same as before. 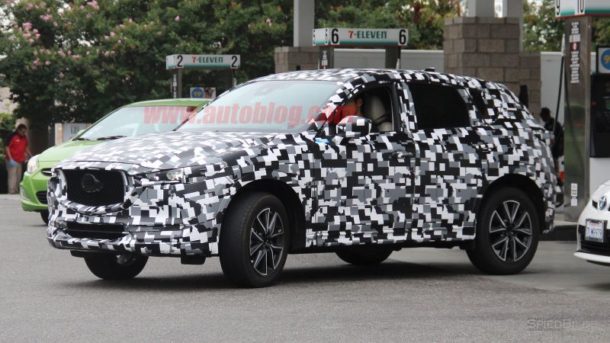 Even though this is not official, not that long ago rumors about a new version started to surface. This model would be released closer to the end of next year but the car will actually be part of the 2018 MY car. This is because the newly released model is actually expected to go on sale by the end of 2017. So far the pricing has not been released by Mazda. Despite that it seems that it won’t change all that much. The base models are still going to cost anywhere between $23,000 and up to around $30,000. The new trim level which we said it will be added to the range is expected to be its high performance version. This will likely be branded as the MPS in Europe and likely MazdaSpeed in the US. Its price might be right around $35,000. 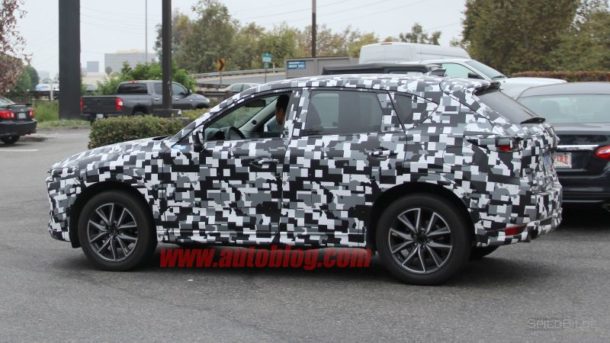 Even though the 2018 Mazda CX-5 is a brand new car, its design actually evolved from the older model. This means that the entire glasshouse is the same as before. Despite that all the panels on the car are all new. The new model looks a lot more like a shrunk version of the CX-9 which is not that bad. The front end features Mazda’s brand new grille with the really slim and swept back headlights. The bumper features a small splitter-like construction on the bottom and the rear of the car really completes the sporty appearance. The MPS model will likely add an even lower stance, it will get rid of the black plastic inserts on the sides and it might add a new exhaust as well. 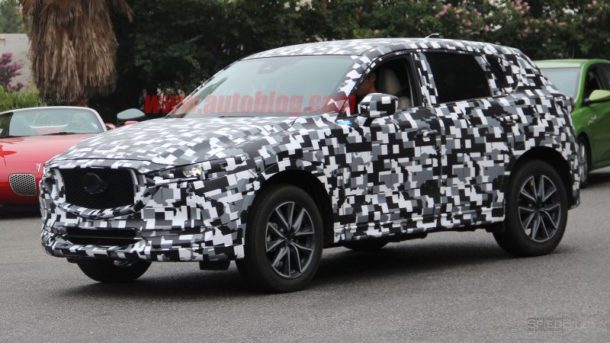 The interior of the new CX-5 is remarkably similar to that of the Mazda 3. The instrument cluster is the same as before but the dashboard has been slightly revised. The HVAC grilles are new, the infotainment system has been upgraded and the materials should be better. In the near future the MPS should add sportier seats, likely a flat bottom steering wheel and a bit more gear on the base model. 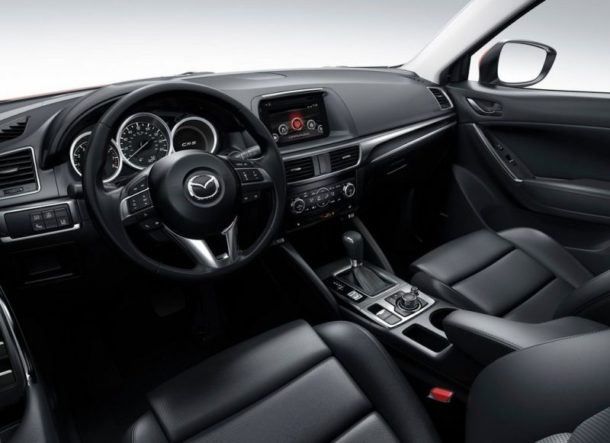 The engines of new CX-5

The base 2018 Mazda CX-5 will hit the market with the same 2.5 liter naturally aspirated inline 4. This will continue to make 184 horsepower and 185 lb-ft of torque. New for the US market is also the 2.2 liter turbocharged diesel which will churn out 170 horsepower and 310 lb-ft of torque. Both of these can be had with the six speed automatic which is unfortunately the only option. 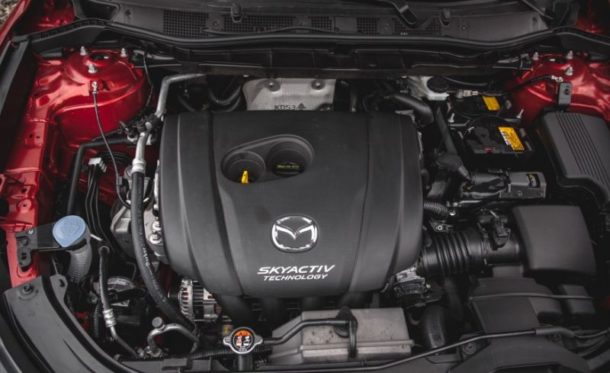 Like before, front wheel drive will be standard with an option all wheel drive system. The MPS model is expected to get a 2.5 liter turbocharged inline 4, the same engine found in the CX-9. This will likely be re-tuned to make closer to 300 horsepower and 300 lb-ft of torque. Unlike the others, a manual gearbox and all wheel drive might be offered as standard for this particular version.