Released in late 2012, the current Pathfinder is one of Nissan’s best selling cars. The car received a sizable upgrade back in 2016 but it still didn’t solve some of the issues with the car. It seems that the upcoming 2018 Nissan Pathfinder might still not change much about it which is not that great considering how much potential the car had. However, the new version is still expected to boast some new features which should still make it one of the better choices on the market.

The big drawback of the car will remain the quality of the interior. However, everything else might be solved with the 2018 update. At this point, it seems that most rumors suggest the car will receive a new suspension system. The current model, while quite comfortable for this class, is one of the worst cars to drive at this price point. It doesn’t feel secure during cornering and its powertrain is definitely not suitable for this weight. The 2018 version should alleviate some of these problems with the help of a new set of shocks and springs. 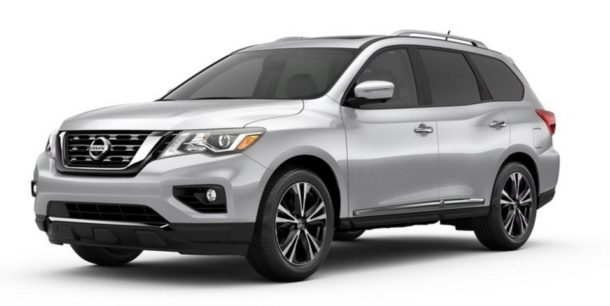 The brakes on the car are also expected to improve slightly which will definitely increase the driver’s confidence. The price will not go up which would allow the Pathfinder to remain one of the better priced 7-seats crossovers on the US market. The big drawback will likely remain its top-end models, such as the Platinum, which at the north of $45,000 will continue to offer sub par materials and build quality.

Considering the previous update, it is safe to assume the upcoming 2018 Nissan Pathfinder is not going to change much from its predecessor. The car will continue to use the same V-shaped grille as before and the same headlights. HID projectors might be added on the base model while a honeycomb mesh grille could also be offered on some models. Rumors also suggest that a new trim level could be added to the range. It seems Nissan could add a sporty version for the Pathfinder.

This would include blacked out exterior inserts, instead of the usual chrome, new 20 inch rims wrapped in performance summer tires as well as possibly a new front bumper. Even though the car would still be a minivan when it comes to space, its design should allow it to get ahead of some of its rivals. 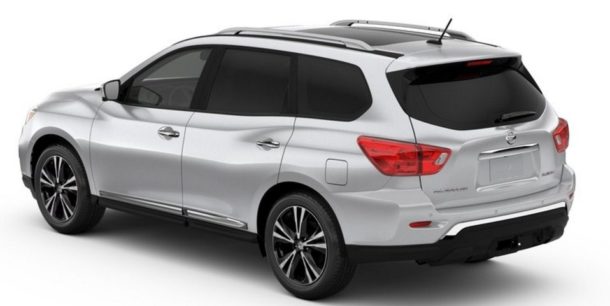 The design here didn’t change much from the previous models. In fact, the current Pathfinder has a lot in common with the old Patrol and that’s not great. There is a lot of plastic inside the cabin, even on the range-topping model, and the fake wood seems a bit too cheap. The 2018 Nissan Pathfinder is actually expected to remain mostly the same as before which is not ideal. However, the car may receive a new infotainment system. This would boast a larger screen with a better resolution as well as more powerful hardware. The end result would be a far better and faster system to use. The great rear seats, with the highly modular adjusting system, will be retained which will maintain its status on the market. 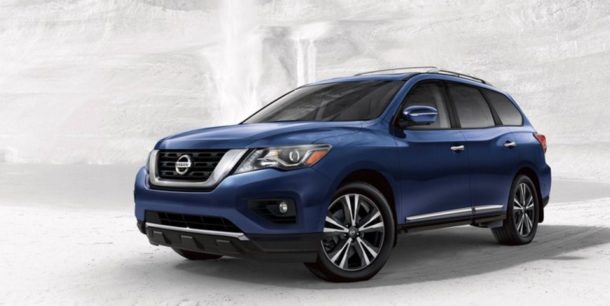 2018 Nissan Pathfinder Under the Hood

The ongoing model of the car is being powered by a 3.5 liter naturally aspirated V6 good for 284 horsepower and 259 lb-ft of torque. This will drive either the front or all four wheels via a CVT gearbox which is actually surprisingly good. The future 2018 Nissan Pathfinder is likely not going to change all that much. The engine should still be the same unit as before. However, for this particular update, it may receive a small bump to around 300 horsepower and 265 lb-ft of torque.

Thanks to that the 0 to 60 MPH time should improve while the in-gear acceleration should be quite a bit better than before. The fuel consumption will likely still hover around 22 to 23 MPG on average which is better than most other cars in its class. Some also suggested that Nissan could add their new 3.0 liter twin-turbo V6. This is a new powertrain which is good for 300 horsepower and 295 lb-ft of torque. While it would be a good upgrade, we doubt they’ll do anything in this regard. The Pathfinder is about to be replaced so it wouldn’t make much sense testing a new engine for the upcoming update. 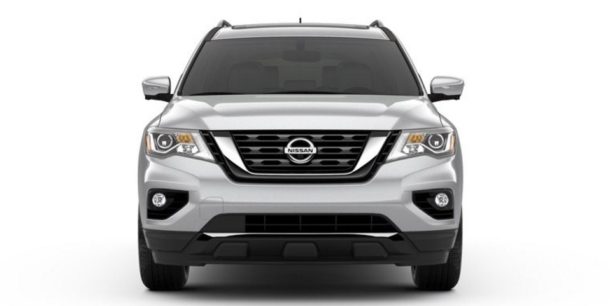