The MDX is a three-row luxury crossover that offers a good selection of features for its price. However, the car is not perfect as it has a less-than-ideal interior and most of the materials inside are usually sub-par. The car has been heavily revised last year so the upcoming 2018 Acura MDX won’t come with all that many upgrades over its predecessor. The design is likely going to stay the same while the interior might receive a few small updates. Under the hood, things might be slightly different. Even though Acura hasn’t said much about this future update, it seems the car could get a new powertrain but more on that a bit later. 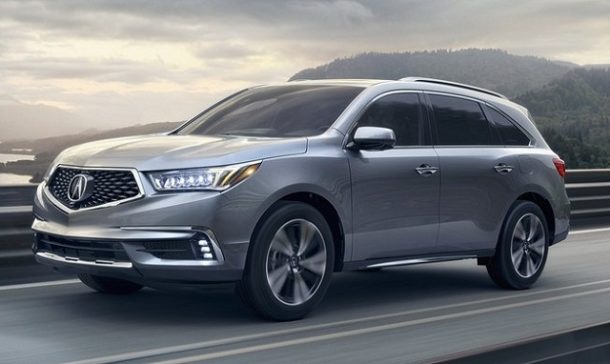 Because the 2018 model will be just a mild update it basically means the car will remain as comfortable, but also as disappointing, as before. One of the strongest points of the ongoing model has been its running gear and the performance of the base model. Despite being based on the Pilot, it actually has a different running gear. This includes new shocks and springs as well as different anti-roll bars. Thanks to them the car not only drives like a smaller vehicle but it also offers the same comfortable ride as any of its much more expensive rivals.

The brakes are also incredibly good for this class while the hybrid is even better. The only real grief here would be the brake feel but this is usually a problem in most other luxury cars. The steering is also great and the best part is that all these will be carried over unchanged to the 2018 Acura MDX. The price of the car will stay the same as before. This means the base model is still going to cost right around $45,000 which is mostly on par with the rest of the cars in its class. 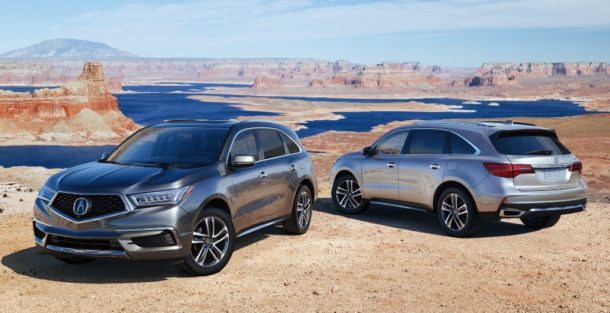 Not much will change on the exterior of the MDX. As we said, the car received a major update last year and it is sporting Acura’s latest corporate look. In the front, it will get the new Acura’s pentagonal grille with the honeycomb mesh. The “Jewel-eye” headlights with the individual LED clusters will also be offered as standard. Some said the car’s front bumper might get replaced due to it not being fitting to its overall design. However, there are plenty of people out there loving the way it looks so we find it very unlikely for it to change. The car’s rear end will also stay the same as before and the only real change on the outside might be the addition of a few more paint options. 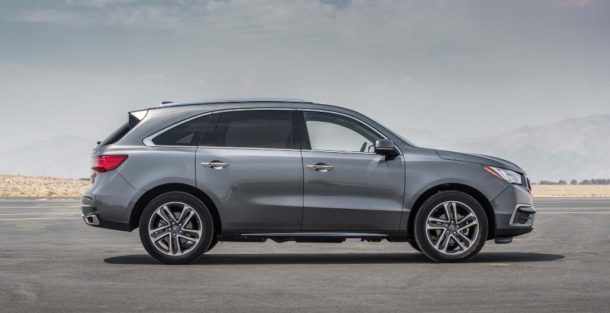 2018 Acura MDX Inside the cabin

Unfortunately, the interior of the 2018 Acura MDX will also remain the same as before. The car does offer great quality for its upholstery and some of the inserts such as the aluminum on the dashboard. However, the actual material on the upper dashboard, the steering wheel, the fake wood and even the carpet, all feel a lot cheaper than they should. This will likely not change for the 2018 model which is a real shame. Also, the car’s awful two-screen infotainment system will return. Even though this looks great, it is by far one of the worst to use on the market. It seems a replacement will only come with the car’s successor so those wanting an MDX now will have to learn and like it.

The car will retain the same 3.5 liters naturally aspirated V6 engine as before as its base powertrain. This will continue to offer 290 horsepower and 267 lb-ft of torque which is actually better than some of its rivals. Also, thanks to the engine’s rev-happy character, the car feels faster than it really is. The big change here will be the gearbox. The 9-speed automatic is expected to be replaced by Honda’s new 10-speed gearbox on the higher end models. This is not only lighter but also faster and much smoother than the ZF-provided 9HP automatic.
As before, front wheel drive will be standard while an all-wheel-drive system will be offered as an option. The car’s hybrid powertrain with its 3.0 liter V6 and three electric motors will remain unchanged. Some rumors did suggest a new 2.0-liter turbo four but this is highly unlikely in a car that weighs north of 4,200 pounds. 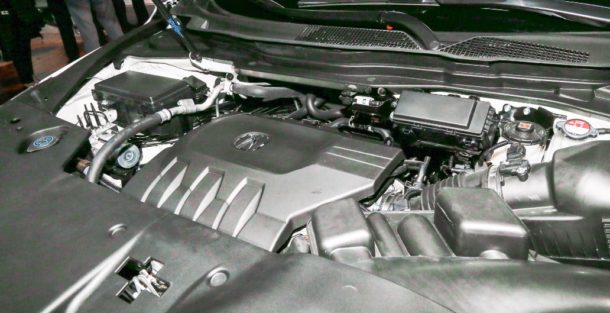