The Sequoia is the oldest full-size SUV on the market right alongside the Expedition. However, Ford already announced that they will overhaul their model but Toyota did not. There are two possibilities at this point. Toyota will either go to the route Nissan took, replacing the Armada with an International model. If this will not happen then we should see an all new model with the 2018 Toyota Sequoia. Some said that Toyota doesn’t really have a truck-based SUV to replace the aging Sequoia but this is not entirely true. They do have plenty of cars out there but the biggest problem would be the price. The Sequoia starts around $46,000 and it would be a too big of a mark-down for most of their models. 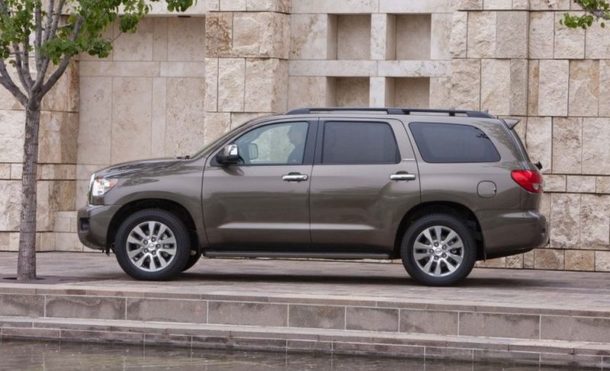 Because of that we do think that the new model will be all new. While the Tundra might still go for a few years, there is a small chance that Toyota will release their new full size chassis under the new Sequoia. Expect large weight losses, big improvements to the fuel efficiency and likely the same rugged design it always had. The SUV will retain its seven, or eight, standard seats and the massive cargo space in the process. 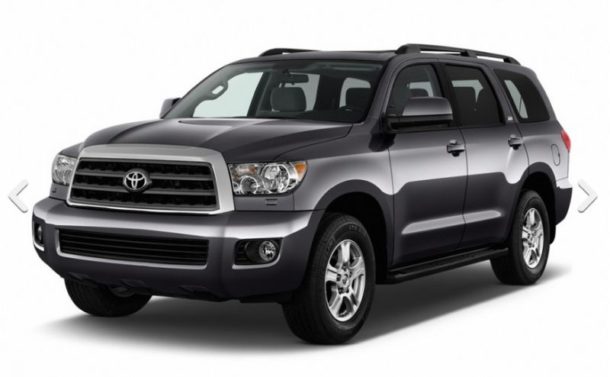 Inside the cabin of 2018 Toyota Sequoia

The current model is nothing special but this is mostly because its basic design dates back to 2007. The upcoming 2018 Toyota Sequoia on the other hand should change all of that. The massive amount of brittle plastics and fake aluminum or wood is going to be gone. Instead, expect a much softer material on the dashboard, a more modern overall design and a better driving position. Things such as a stitched dashboard, Nappa-leather, cooled and heated seats and even real aluminum or wood should be possible, especially considering the price of this kind of car. There will be a lot more features and safety options as well. Things like active lane monitoring, emergency braking and even adaptive cruise control are all expected as standard on the Sequoia. 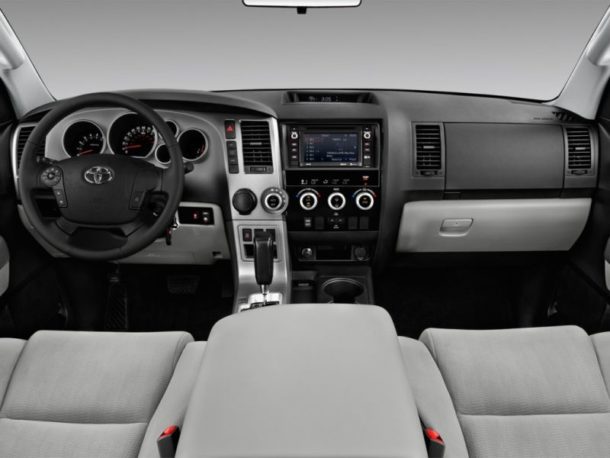 The current model looks like the older version of the Tundra with a big cab where the bed should be. Considering where the competition went, it is safe to assume that this is not going to happen with the new model. Instead, we expect the SUV to offer an entirely new front end, different than that of the future Tundra. With that, expect it to share some design traits with the Land Cruiser or even with Lexus. The rather bland rear end should be gone as well and replaced with something that will get it closer to its more expensive siblings.

The current model is only available with a 5.7 liter naturally aspirated V8. This provides a still-impressive 381 horsepower and 401 lb-ft of torque. However, it will barely return 13 to 14 MPG on average which is really bad. The new model is expected to hit the market with at least two different powertrains. So far it seems that a big V8 is still a real possibility. This will likely be an updated version of Toyota’s 5.7 liter unit which could feature direct injection, cylinder deactivation and a few other tricks to improve fuel economy.

A smaller twin-turbocharged V6 or even a diesel could also be fitted to it. Some said that a 5 liter Cummins would be perfect. However, it seems that Toyota has other plans. We are more likely going to see their own 4.5 liter V8 than the Cummins engine. Rear wheel drive will remain standard with optional all wheel drive. However, the old six speed transmission will likely be replaced by their new eight speed automatic. 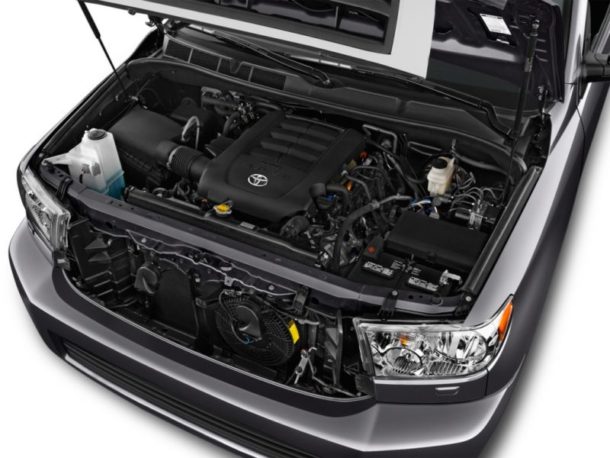