The current generation of the Mustang has been the most advanced muscle car on the market for a few years. Once the new Camaro was released the Mustang received some well deserved competition. Despite that it still outsells it and it seems that this trend will continue in the future as well. However, in order to further solidify its place on the market, it will receive a rather large update with the 2018 Ford Mustang. So far Ford hasn’t said much about this car but it seems that the Mustang will receive a couple of new trim levels and some changes under the skin. The end result should be a more enjoyable car to drive which will use less fuel while being faster.

This has been the trend lately but the Mustang also has to handle well to become successful. While the current model is fine to drive and quite fast, it doesn’t really offer the feel of a lighter Miata for example. Ford is looking to change that with at least one of its new trim levels. So far it seems that this may be their new Mach 1 version which is set to be based on the GT, but more on that later. With it, Ford is also expected to release a new GT500 model which will rival the Hellcat or the ZL1 Camaro. So far not much has been said about its price. Early rumors suggest the same base price as before with the Mach 1 coming at roughly $40,000. The GT500 on the other hand may just become the most expensive Mustang ever made. 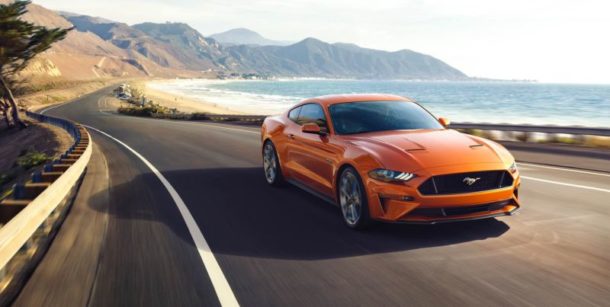 So far most prototypes of the 2018 Ford Mustang seen testing were those of the high performance GT500. This seems to borrow the front end from the lower end GT350. However, it is noticeably wider, lower and it has a new rear end as well. The base cars, as well as the Mach 1, are all expected to receive a new grille and more than likely a lower front end. This has been previously used on the GT350 and it should make the base versions of the Mustang a lot more aerodynamic. The Mach 1 is expected to borrow heavily from the higher performance GT350 while also boasting some really interesting features.

We are quite sure that not much is going to change here. Most models will likely receive an updated infotainment system, likely a new steering wheel on some models and better materials all around. The Mach 1 is expected to be a stripped down version with a similar layout to that found in the GT350R. This is because the car will more than likely be aimed at those looking for the purest driving experience around. 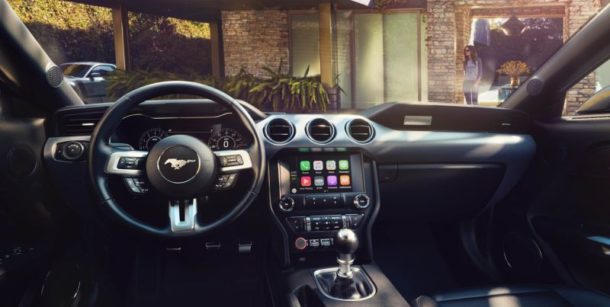 Not much will change here for the 2018 Ford Mustang, at least for the base models. The Mach 1 will more than likely boast a naturally aspirated 5 liter V8 which should be slightly upgraded over the GT. Some suggested around 450 horsepower and 410 to 420 lb-ft of torque. With the lighter overall car, the Mach 1 should easily become a great car to drive. The GT500 on the other hand is more than likely going to be a surprise. We already know that it will have a twin-turbocharged engine but we do not know what this engine will be. So far it seems that Ford might use the 5 liter V8 with a lot of upgrades to resist the high boost pressure. Early rumors suggest over 750 horsepower and 600 lb-ft of torque, enough to blow the Hellcat cars out of the water.