One of the oldest cars in the current line up of the American car manufacturer, Ford is the Expedition. The current model of this full-size SUV was introduced back in 2006 and even though it got a few smaller updates, it really looks outdated now, especially when you compare it with its competitors. However, Ford plans to unveil the new Expedition in a couple of years, so the 2015 Ford Expedition is just a mid-cycle update of the model that was introduced ten years ago.

The 2015 Ford Expedition will be very similar to its predecessor regarding design, however, since it is a new model, Ford decided to introduce a few small changes that should make it look more modern. As you can guess, the most of the changes happened in front of the car – the 2015 Ford Expedition got newly designed headlights with integrated LED daytime running lights, a completely new bumper with integrated LED fog lights and a different chrome grille. 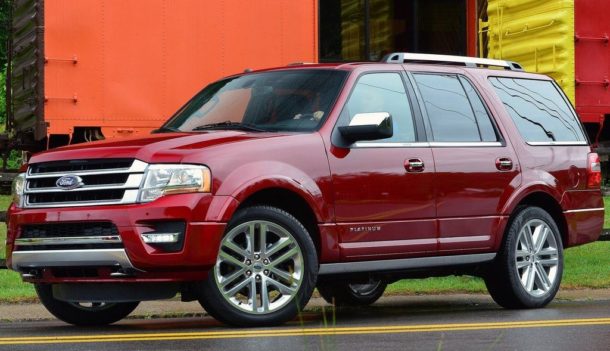 The new look of the front will be available on all trim levels, but the amount of detailing will be different from one trim level to another. The back of the SUV will have a similar layout – still with those taillights connected with a thick chrome bar. The biggest change in the back will be the LED taillights. The American manufacturer decided to offer the 2015 Ford Expedition with bigger 22-inch alloy wheels.

The interior of the 2015 Ford Expedition will remain almost identical to the one used in the current model. The interesting news was that the new Expedition will come with revisited Platinum and King Ranch trim levels, which now include more features and equipment than before. Both of these trim levels will feature luxury seats with leather upholstery and unique leather and woodgrain accents throughout the whole interior. 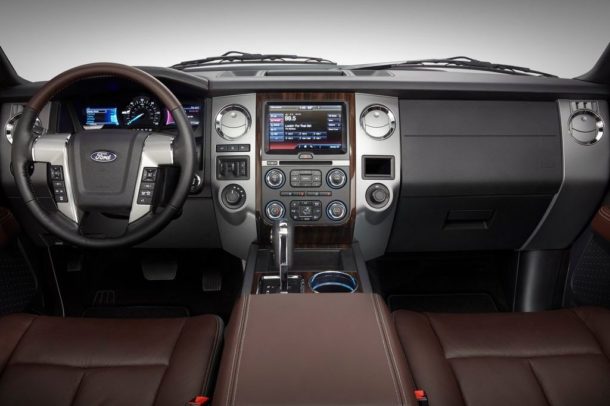 Features like BLIS, Premium Sony audio system, Satellite navigation and HD radio will be available on both trim levels while Power Moonroof and satin aluminum trim will be only available on the Platinum trim level. All trim levels will be offered with MyFord Touch and keyless entry paired with push-button start.

Many fans of Expedition were disappointed when American manufacturer decided to stop offering it with a powerful 5.4l engine. However, Ford was able to tweak the 3.5l EcoBoost V6 engine (that now comes with Ti-VCT technology) to produce 365 horsepower and 420 lb-ft of torque. 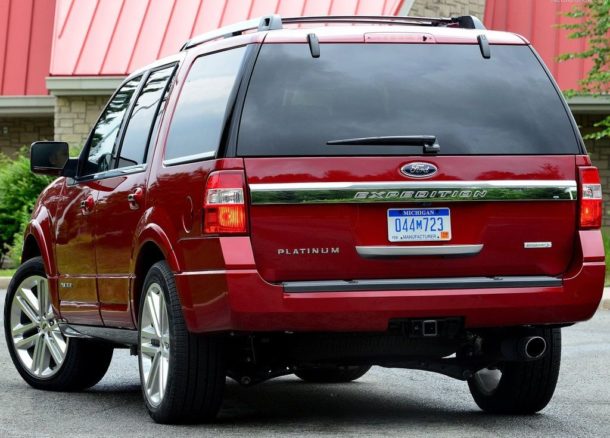 According to the manufacturer, the 2015 Ford Expedition is a leader in its class by power and fuel consumption. This V6 unit will be paired with a 6-speed automatic transmission that comes with SelectShift feature. The base version will have rear-wheel drive while the Control Track four-wheel drive will be available as an option.

Find out more about 2016 Ford Expedition.

The interior of the 2015 Ford Expedition will remain almost identical to the one used in the current model. The interesting news was that the new Expedition will come with revisited Platinum and King Ranch trim levels, which now include more features and equipment than before.