America has the biggest commercial vehicle lineup in the world, and the new 2016 Ford F-650 is now the part of that lineup. With an impressive mixture of capability and convenience, semi-exclusive Ford gasoline and commercial-grade quality diesel engines, the new F650 takes an envious high position in its class. The 2016 model will come in Super Cab and Crew Cab styles, and a total new tractor model, designed for heavy towing applications.

The improvements of the 2016 Ford F-650 6.7-liter Power Stroke V8 turbo diesel include: the compacted iron-graphite engine block and reverse-flow layout. The new design sets the exhaust inside the V-shaped engine while the air intake is set on the outside of the V. This radical design improves the turbo responsiveness and shortens the time used to provide torque. This is possible thanks to the shortened airflow from the exhaust system to the turbocharger positioned between the engine’s cylinder banks. The other improvement is the isolated highest engine temperatures, as a result of the turbo placed “inside” the engine. This improves the overall performance and efficiency, as well as the driver’s comfort, thanks to the reduced engine vibrations and harshness. This engine will also be able to run on biodiesel fuel. Ford will also offer a petrol engine, the 6.8-liter V10 with 330 horsepower, 440 pounds-feet of torque. This engine can be factory-prepared for converting to compressed natural gas or liquid propane gas. 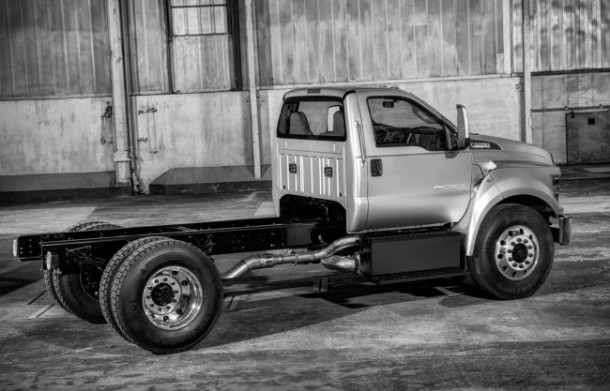 The 2016 Ford F-650 will be slightly redesigned. It will have a more angular look and a new grille between the new headlights. The new mesh grille is designed for optimal cooling performance. The new available PowerScope side mirrors will make the towing of a trailer much easier. The 2016 F-650 will now be very easy to prepare for medium-duty jobs. The diesel exhaust fluid tank as well as the standard fuel tank, are now stationed under the cab, not behind it on the frame. This new clean cab-to-axle design allows more truck body applications and also makes customizing a lot easier. The lighter aluminum fuel tanks have replaced the old steel ones. The electrical system is more robust than the outgoing model to handle larger component loads. Further on, the frame and suspension will be redesigned and there will also be a new anti-roll bar for enhanced roll control. 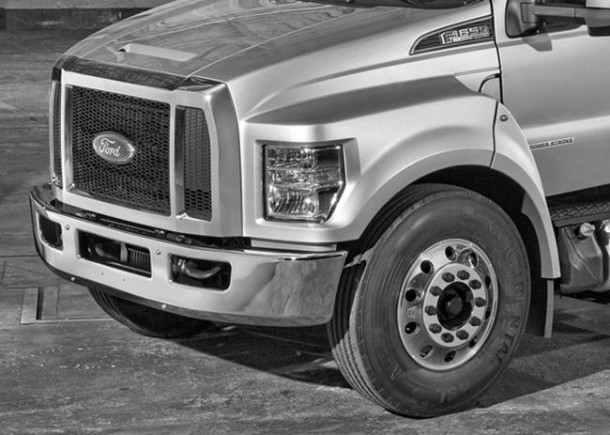 As far as the interior goes, the new features will include a new steering wheel with advanced controls to focus driver attention on the road, and a click on the turn lever features automatic five-blink turn signals, SYNC and Crew Chief factory-installed fleet management telematics, 110-volt power outlet, and a rapid-heat- supplemental cab heater that quickly warms up the cabin for cold climates. The practical remote start will also be available and a choice of hydraulic or air brakes. 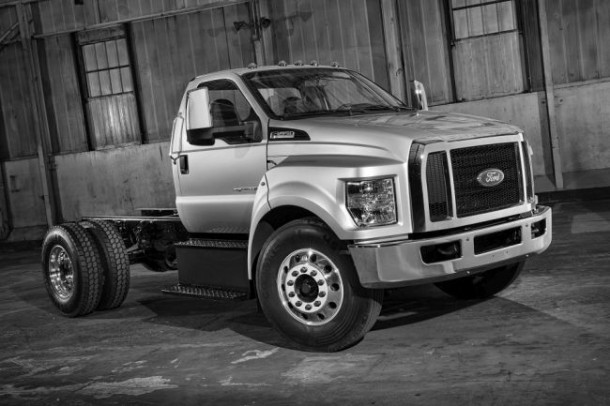 A couple of years ago Ford decided to sue Tesla for the Model E name. It looks like they were …