The 2nd generation of the Kuga has been released back in 2012 so it is not that old. Unfortunately though, its interior and exterior design are based on the car released back in 2008 which makes it feel quite dated even though it is not that old. Because of that, it seems a new model might be already on its way. The car is expected to be released with the future 2018 Ford Kuga which is set to receive major revisions over the ongoing model. The car will likely become lighter, bigger and better to drive. On top of that, the playful character of the original might make a return which would definitely allow the Kuga to get back to one of the top spots in its class. 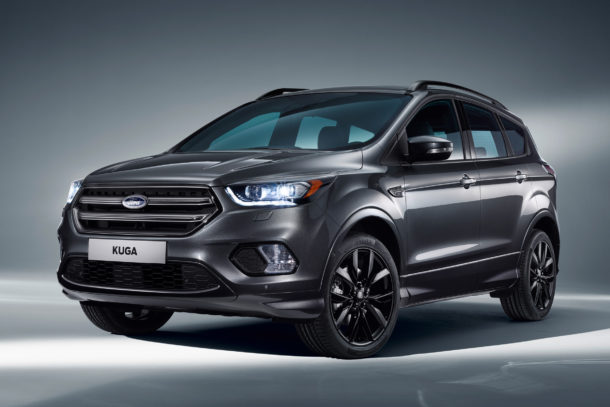 Like before, the car is more than likely going to be based on the same chassis as the upcoming Focus. This means that it will no longer share parts with its predecessor which is always a good thing. Thanks to that, the car will get a slightly longer wheelbase as well as a wider track. This should make it more stable around corners and at high speeds. Also, a fully independent suspension setup will assure that the car will be able to offer not only the comfort but also the driving experience required to succeed. Thanks to its new platform, the 2018 Ford Kuga might lose as much as 300 pounds. With the help of its new suspension, the car should be able to drive more like a hatchback rather than a tall crossover.

The ongoing generation is based on the outgoing Focus, so it has the same unusual center console and stack as well as the massive amount of buttons used on these cars. The new 2018 model, on the other hand, should get an entirely new cabin. Like before, the car will still share its dashboard with the Focus. This time around things are going to be much improved though. For starters, the dashboard will receive a much more modern design with far fewer buttons than before. Also, most of the buttons are going to be removed so on the center stack there should only be the climate controls as well as a few shortcuts. The infotainment screen will move from the dashboard on top of it. This will improve visibility and hopefully free up the center stack. Its instrument cluster will still be the regular analog type, but only on the base models. The higher end versions will definitely receive a fully digital cluster which will give the driver more information than before. 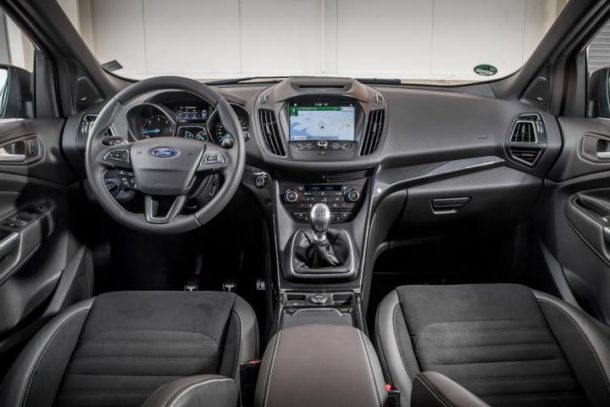 As we said above, the current car shares most of its design scheme with the original model. It did receive a small update a short while ago but the new front end didn’t really change it that much. It looks like the 2018 Ford Kuga might receive a major redesign. Most rumors suggest the car will get closer in design to Ford’s latest crossovers such as the Edge or the new Expedition. Expect the Kuga to receive a more aggressive front end, possibly a new roofline in order to bring it closer to a coupe and even a brand new glasshouse which is already overdue considering the current windows are the same as those on the 2008 model. 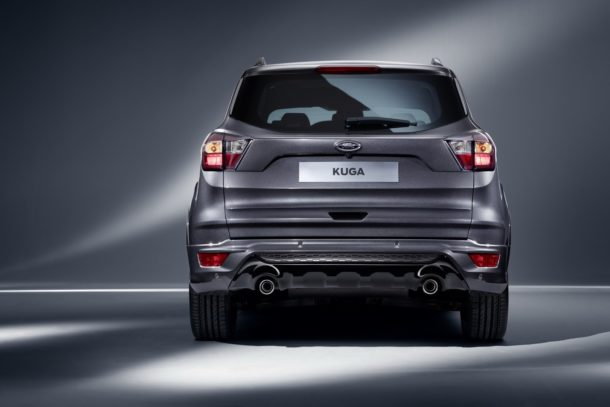 The 2018 Ford Kuga is going to be powered by the manufacturer’s latest engines. Expect the base European model to receive a 1.5-liter new generation turbo-three. This engine should be good for around 150 to 190 horsepower which would be a step up above its four-cylinder predecessor. A larger 2.0-liter turbo-four with up to 245 horsepower is also a real possibility. A set of diesel engines, likely ranging between around 120 and 200 horsepower, will be available on the European market. It seems like here most engines will be available with either a manual or an automatic gearbox. All cars should come with front wheel drive while the all wheel drive system will be available only with certain engines. Rumors also suggest the Kuga may receive an ST or RS model. This would make it a true high-performance crossover which would definitely be well received on today’s market. Even though the engine is still unknown, we can expect it to boast in excess of 300 horsepower.

All cars should come with front wheel drive while the all wheel drive system will be available only with certain engines. Rumors also suggest the Kuga may receive an ST or RS model. This would make it a true high-performance crossover which would definitely be well received on today’s market. Even though the engine is still unknown, we can expect it to boast in excess of 300 horsepower. 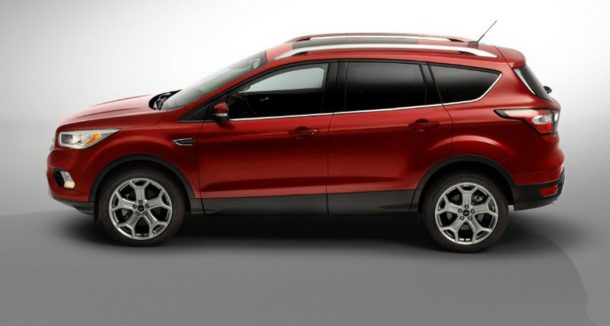 When Ford released the 6th generation of the Mustang, everyone was impressed. However, the car was quickly dethroned by its rival …