When Ford released the 6th generation of the Mustang, everyone was impressed. However, the car was quickly dethroned by its rival and even though it still sells great, it can’t really match its competition anymore. In order to get back at the top of their class, Ford released a revision a short while ago. The Ford Mustang 2018 has already been showcased and it is expected to hit the showrooms in the near future. Even though the car is nothing but a mid-life facelift, the changes are rather impressive and definitely worth a look. The new version of the Mustang is still based on the same architecture as its predecessor. On top of that, it features roughly the same suspension system and brakes. The big change is the car’s design and the engine choices. 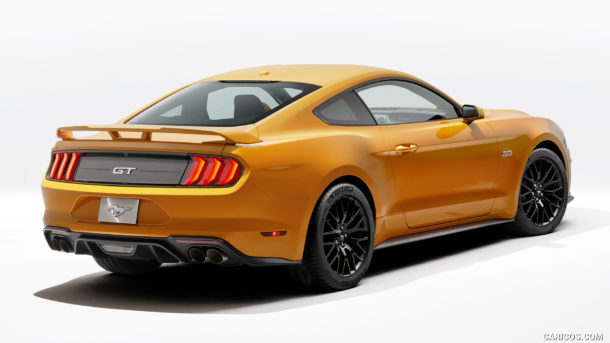 Even though Ford has yet to reveal much about it, the 2018 model of the car will also bring at least an entirely new trim level into the mix. Another really interesting part about the new Mustang has to be its price. Even though it features more power than before, the base model will now start at just $25,500 which is near $1,000 less than before. With this update, Ford also started to offer a new performance package. This includes better brakes, provided by Brembo, stickier tires as well as lightweight wheels. The performance package can also be had optional MagneRide shocks which will adapt depending on the current road conditions. All of these will cost little over $4,000 over the base price of the car and the best part is that the package can be had even on the most basic model which was previously unavailable. 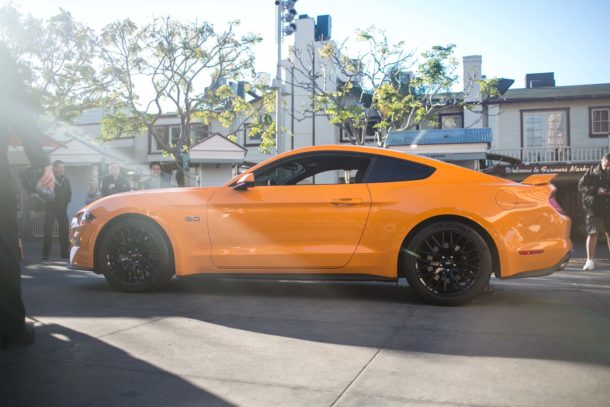 Likely the biggest change with the new 2018 Mustang has to be the way it looks. Even though at a glance it may still look the same as before, this is not the case. The front end is quite a bit lower than before and with the help of new headlights, intakes, and a larger splitter, the car is now closer in design to the special GT350R. The rear gets curvier tail lights, a new bumper, and a different exhaust system. All models also get new wheel designs as well as new color choices. Over the base model, the GT also receives hood-vents which are functional this time around. In the near future, Ford is also going to release the GT500 which will include a considerably more aggressive body-kit than that of its predecessor. 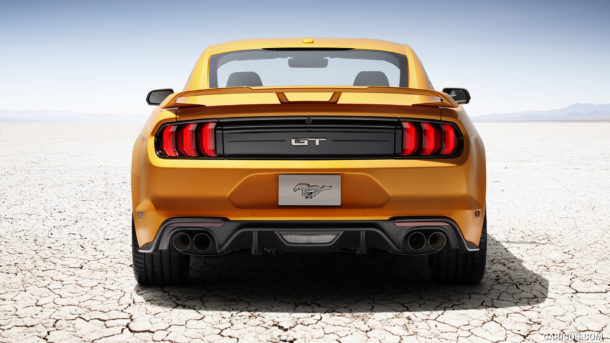 Over the current model, the new Ford Mustang 2018 didn’t change all that much. The design of the dashboard is roughly the same as that of its predecessor with the same twin-cockpit look. Unfortunately, the materials haven’t changed either so the new Mustang feels a lot cheaper than it should. The good part is the new set of features Ford added into the mix. There is a new optional fully digital instrument cluster which can be customized by the driver. On top of that, the car boasts Ford’s latest Sync3 infotainment system which is a major improvement over the one of its predecessor. Unfortunately, the seats and the available safety-systems haven’t changed which is disappointing. We do hope they will revise the car once again in a couple of years though. 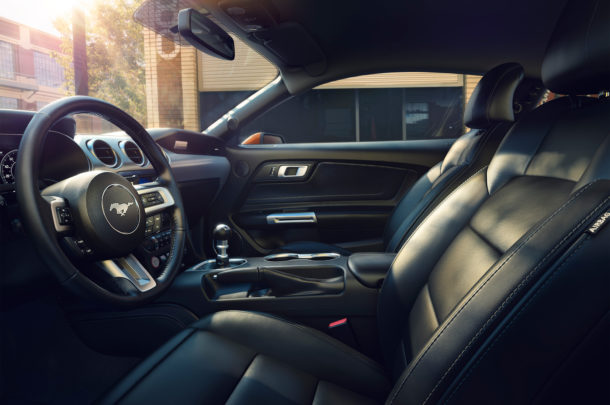 Instead of the old V6, the base model of the Ford Mustang 2018 now comes equipped with a 2.3-liter turbocharged inline-four EcoBoost engine. This is good for 310 horsepower and 350 lb-ft of torque which is not only more than the old V6 but more than the older EcoBoost. The car’s optional 5.0 liter naturally aspirated V8 has also been revised. With the help of a different fuel delivery system, it will now provide a rather impressive 460 horsepower and 420 lb-ft of torque. A 6-speed manual is still available with both while a 10 speed automatic can be had as an option.

When equipped with the automatic, the new V8 will allow the GT to hit 60 MPH in under 4.0 seconds which is quite a bit faster than the competition. Also, even the base version of the Mustang now comes equipped with a  line-lock system which will automatically lock the front wheels in order to allow the driver to heat the tires before a drag race with ease. 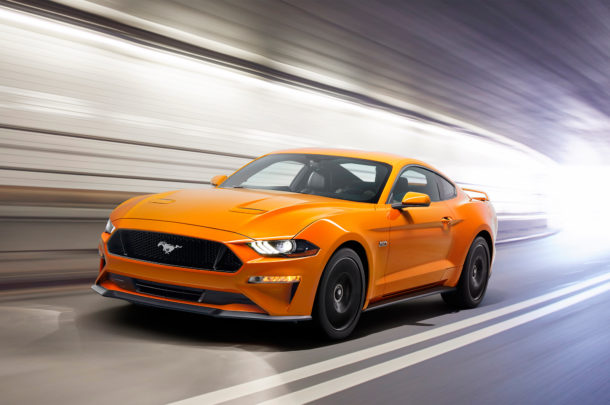 The 2014 Ford F-150 Tonka is the primary aluminum-bodied pickup vehicle of Ford. It is currently being displayed at the …

The 2017 Ford Atlas Concept is one of the innovative pickup trucks intended to carry more goods. Its exterior design …