Ford’s F-150 is the best selling civilian vehicle in North America and for a good reason. The truck is versatile, reliable and it offers a lot of power for the money. The current model also happens to be the most advanced truck out there with a full aluminum body, high strength steel chassis and independent suspension up front and coils all around. This allows the F-150 to offer car-like levels of comfort without taking from the utility of being a truck. However, the current model has been released in 2014. The problem here is that its two main rivals, Chevrolet and RAM, will both release new models for 2018. This means that Ford will also update their truck to compete with these. 2018 Ford F-150 should come as real refreshment in truck segment. 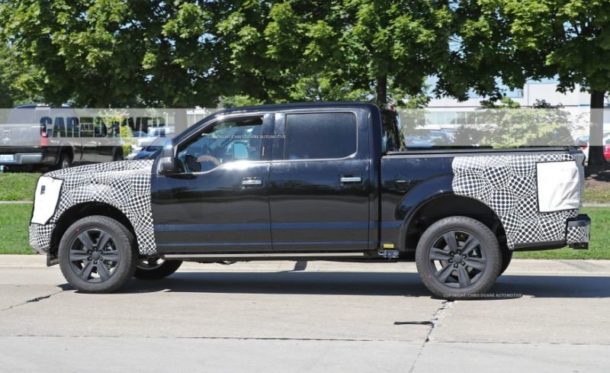 The interesting part is that the 2018 Ford F-150 has already been seen testing wearing quite a bit of camouflage. The truck will receive a new front end, changes at the back and a lot of updates under its skin. The basic design will stay but the truck will definitely feel like a new vehicle. The release date is unknown but if we had to guess, January 2017 seems to most plausible date. The production model will arrive by the late 2017 in showrooms. The price is expected to stay around $28,000 for a base model with a few more mid-range models being expected to be added. 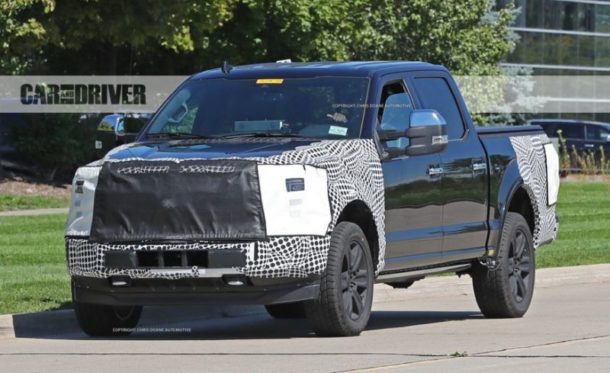 We said that the 2018 Ford F-150 will receive an updated design and so far it seems that this will be a lot more striking than we first thought. The prototypes seen so far all had an entirely new grille with two large horizontal slats that are a lot more different than what the current model has. Also, the Ford badge is noticeably larger while the headlights seem to have some of the styling found on the F-250. The rear part of the truck, more likely the tailgate, is expected to have a new design as well. It seems that Ford will add a double-hinged mechanism that will increase the utility quite a bit. 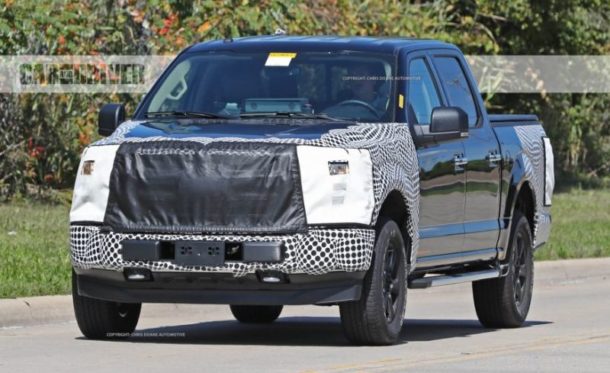 What about the interior?

Well, not much will change here, at least in terms of design. It is quite clear that Ford wants to refresh it but redesigning the interior would likely take just too much time and money. Expect it to feature Ford’s new infotainment system, more safety options, likely better seats as well as more gear on the higher end models. It will still feel like the older model but the general fit and finish should improve considerably. 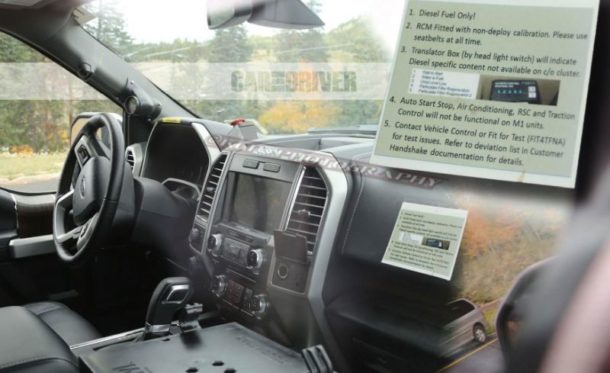 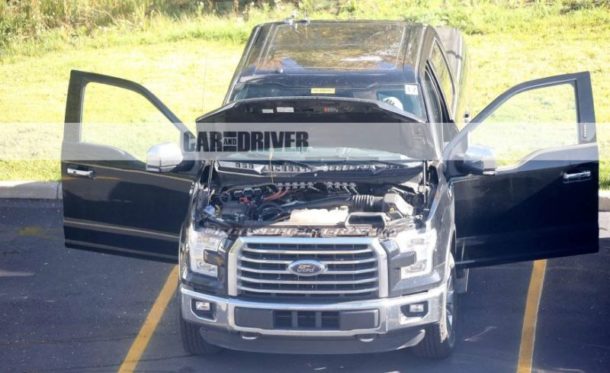 The big news come in the form of a new 3 liter turbocharged V6 diesel engine. This has been rumored for a while but only recently it has been seen under the hood of an F-150. It seems that this Jaguar-sourced engine will finally hit the US market in a different tune. So far it seems that the engine will provide around 240 to 260 horsepower, more than 400 lb-ft of torque and considerably better fuel economy than Ford’s current offerings.

A couple of years ago Ford decided to sue Tesla for the Model E name. It looks like they were …