The 2nd generation of the Titan was released back in 2015, but it didn’t manage to impose itself on the US truck market. Why? Well, the truck features a rather unusual design and its engines, and performance, are not the best in its class. Because of that, the Titan sold less than pretty much all of its rivals which are a huge red-flag for the Japanese manufacturer. It seems an update might already be on its way with the upcoming 2018 Nissan Titan. This would not only provide more engines, but it would come with a few new trim levels as well. The result should be a more competitive truck at a better price than before. The big unknown factor at this point is when the truck will be released. 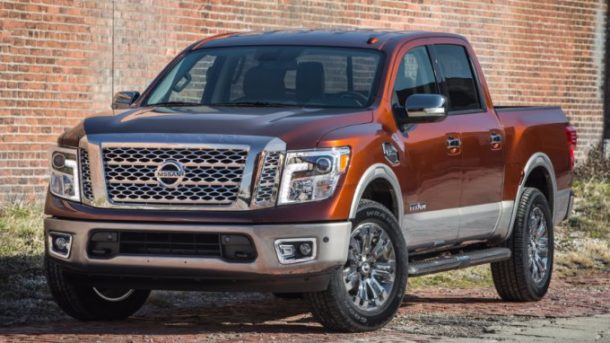 The platform, running gear and the brakes on most models will remain the same as before. However, rumors suggest a new trim level will be released. This should be based on the Warrior concept which was showcased a few months ago. This truck would boast a revised suspension system which would use racing shocks and springs, beefed up axles as well as bigger differentials. The result should be more than 10 inches of total travel and perfect stability on any terrain. The drawback of this model would be the fact it would only be offered on the xD. It seems that the regular Titan’s chassis wouldn’t be able to support those upgrades so they would skip it altogether. Luckily though, the 2018 Nissan Titan would get a few upgrades of its own but more on that later. 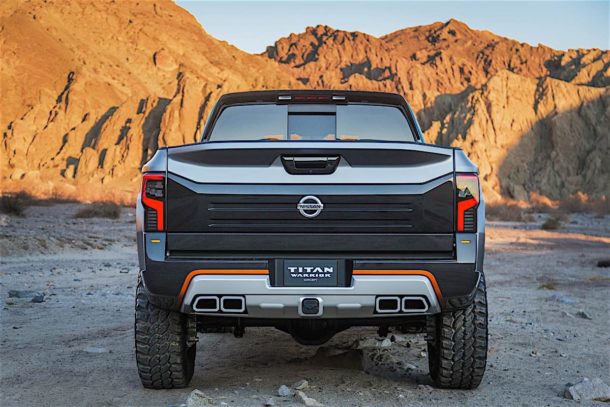 As we said, the current model doesn’t appeal to that many people. In fact, it seems most people out there think the truck is a combination of the designs found on all of its rivals so it didn’t have the success Nissan hoped it would. The upcoming 2018 Nissan Titan would change all of that. In the front, the truck is expected to receive a design more in line with what they are offering on the Armada. Also, the unusually large headlights and grille should be gone while the really big wheel arches and small wheels will be replaced by something a bit more in line with the rest of the truck.

The xD, on the other hand, is set to receive the Warrior package. This would come with new front and rear bumpers to give the truck better approach and departure angles. We can also expect it to boast a roll-bar as well as a few other add-ons that would make the new Titan quite a bit more capable in off-road.

The look of the dashboard of the upcoming 2018 Nissan Titan is likely not going to change much. In fact, the cabin of the ongoing version is better than some of its rivals. There are a few lacking features though. The infotainment system is expected to receive an upgrade while the screen is going to be replaced with something bigger. The truck will continue to offer the great modular seats, but the materials should improve slightly over what was previously available. 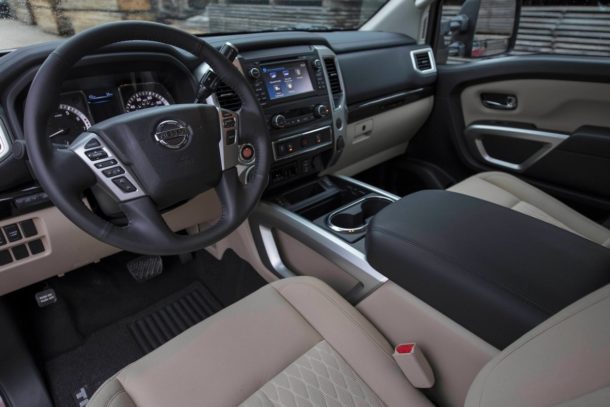 2018 Nissan Titan Under the hood

The ongoing model is being powered by a 5.6 liter naturally aspirated V8 offering 390 horsepower and 394 lb-ft of torque. The xD gets an additional 5.0 liter turbocharged Cummins V8 which is good for up to 310 horsepower and 555 lb-ft of torque. Both of them will be able to tow north of 9,000 pounds. However, while the gas engine is being mated to a seven-speed gearbox, the diesel gets a six-speed unit which is slightly slower but considerably more capable. The 2018 Nissan Titan is expected to get the same engines as before with minimal upgrades.

However, it seems a third option may be added to the range. It is a well-known fact Nissan has a new 3.0-liter twin-turbo V6 which is known to make up to 400 horsepower and around 350 lb-ft of torque. If they can get it to around 400 lb-ft of torque, then this engine should have no problem at competing in a crowded market. With it, they may also release a new eight-speed automatic in which case the Titan would become a truck worth looking at.

The Fit is one of the best-selling subcompacts on the US market. The car offers a great interior with plenty …