UPDATE: The ongoing Expedition has been around for more than a decade at this point. Even though it aged quite a bit in the meantime, the SUV managed to be a dependable alternative to its rivals. In order to get back at the top of its class, Ford decided that it is time for a new version. After its prototypes have been seen testing numerous times, the brand new 2018 Ford Expedition has been revealed not that long ago. Just like we said in the past, the SUV has pretty much nothing in common with its predecessor. 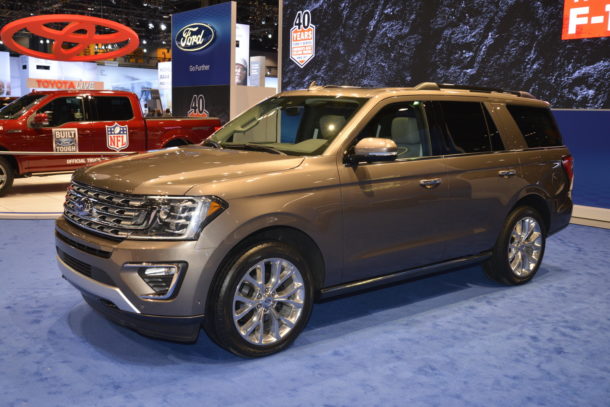 The new version of the SUV is based on the same ladder-frame chassis as the ongoing F-150. This means it uses a high strength steel frame which is considerably stronger than that of its predecessor. However, unlike the truck, the Expedition boasts a fully independent suspension setup with coil springs at all four corners. This allows it to be easier to drive on the road and be considerably more comfortable than its truck counterpart. The brakes are the same as those on the truck so it should stop with ease in any circumstances. The best part about it though has to be the all-aluminum body which allows it to be considerably lighter than its predecessor. So far Ford hasn’t revealed the pricing but we wouldn’t be surprised if it will cost more than its predecessor. 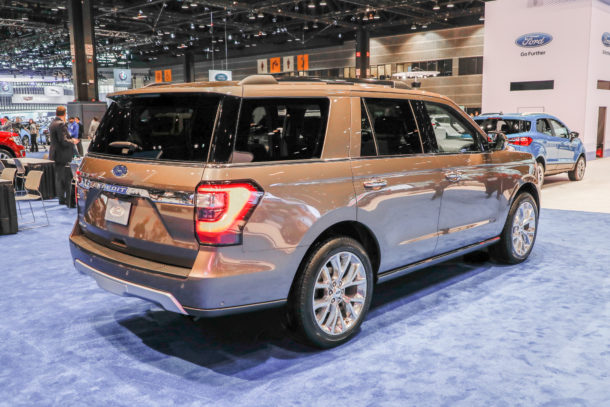 The design – inside and out

Its predecessor looked pretty much identical on the exterior with the F-150 of its time. This is no longer the case with the 2018 Ford Expedition. In fact, the two couldn’t be more different. This time around the SUV takes a lot more design cues from Ford’s crossovers and it shows. It has a less-vertical front end and it has a brand new grille design. The rear is quite impressive as well making it seem a lot more muscular than its predecessor. The interior, on the other hand, is mostly the same as that of the F-150 with minimal differences meant to make the Expedition easier to live with.

It has been confirmed the new Expedition will get Ford’s brand new 3.5 liter EcoBoost V6. Even though the output hasn’t been confirmed, Ford fitted the same engine to the new Navigator where it makes 450 horsepower and 500 lb-ft of torque, considerably more than first thought. We wouldn’t be surprised if the Expedition ends up with the exact same output. Their 10 speed automatic will most likely be used on the base model while the all-wheel drive system will only be offered as an option. 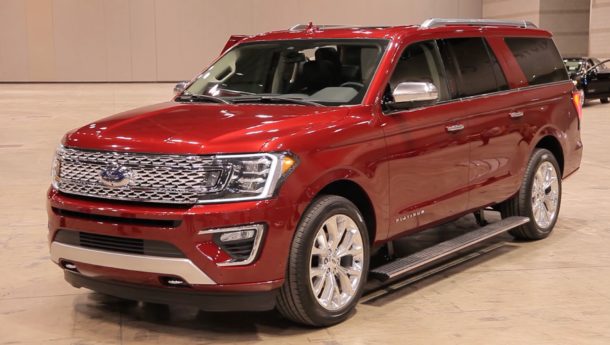 The Expedition has been a dependable full-size SUV ever since it was released nearly a decade ago. In the meantime, it received numerous updates and even a new engine. This allowed Ford to offer better performance, and fuel efficiency, than some of its newer rivals which are quite impressive. However, its chassis is showing its age so it will be replaced by a new version. This will be the 2018 Ford Expedition which has already been seen testing in the wild in quite a few configurations. The SUV will continue to use Ford’s full-size truck chassis with most of its benefits. This means that it will have an aluminum body, a high-strength steel ladder frame, independent suspension front and back as well as coil springs all around. 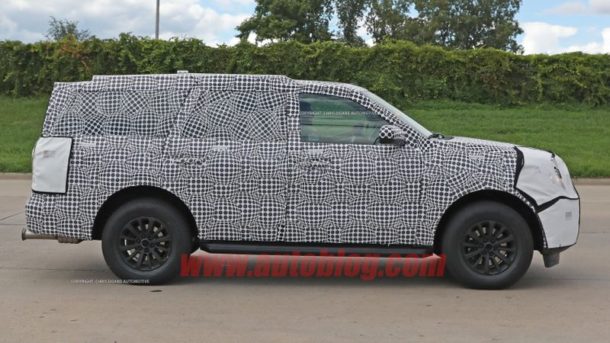 The early prototypes of the upcoming Ford Expedition 2018 were using the front end from the F-150 Sport edition. However, more recently things change quite a bit. For starters, the design is new and the new Expedition seems to be lower than its truck counterpart. We do expect some differences between them considering the completely different target audience. So far Ford has not announced when it will be released. Considering how far into development they are, we might see the first production-ready vehicles in early 2017. The price is likely going to stay as it is. This means the base cars will cost around $46,000 with the top end models going for more than $70,000. 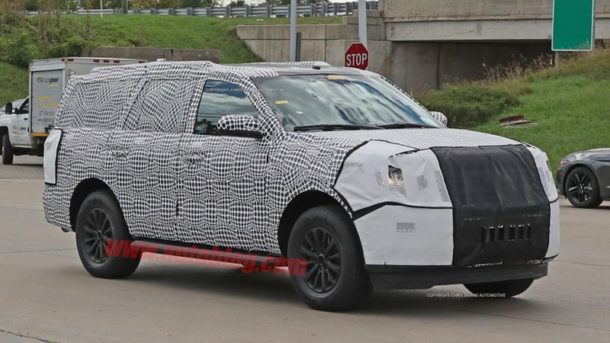 Some suggested that because the 2018 Ford Expedition will use an aluminum body, it will look identical to the F-150. Luckily this is not the case. Instead, the latest camouflaged prototypes seem to take quite a bit from Ford’s smaller crossovers such as the Edge or Explorer. The Expedition seems to have a rather aerodynamic front end, swept back headlights and a much more aggressive look than its truck counterpart. The rear end is also different. The truck-like construction from the original is gone. The new model seems to have a much nicer look that was designed by an actual team of designers and not some engineers.

The interior of 2018 Ford Expedition

Considering where the exterior is going in terms of design, we expect the interior to follow up closely. The upcoming 2018 Ford Expedition will more than likely get a unique design for its dashboard and cabin’s layout. It seems that the dashboard will go for a more car-like design which would really elevate the experience inside. This will also allow Ford to basically storm the competition and come up on top once again. There are no real drawbacks to this approach so Ford should be more than capable of delivering a great experience all around. 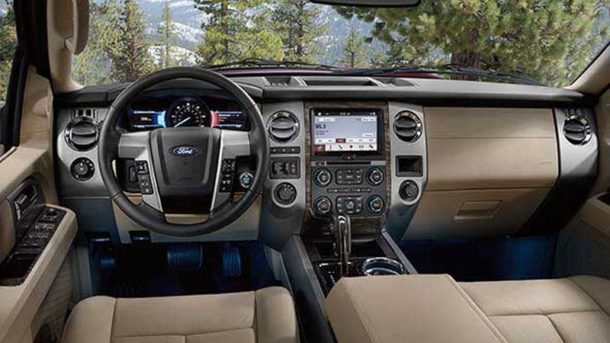 The current model is only available with a 3.5-liter twin-turbo engine. The upcoming 2018 Expedition is expected to follow closely. There will more than likely be a 3.5 liter EcoBoost V6 but this time around we should see the new generation. These engines are capable of nearly 500 lb-ft of torque and around 375 horsepower which is considerably more than the competition. When coupling this power with the 1,000 pounds lower weight, the Expedition will become a real threat for all of its rivals.

Expect better than 23 MPG on the highway which would be really impressive. Ford will likely be thrown in their new 10-speed automatic into the mix as well. Rear-wheel drive will be standard with an optional all-wheel drive borrowed from the F-150. There is also a small chance that Ford will also release a second engine for it with their smaller 2.7 liters twin-turbo V6. This would be able to match GM’s 5.3 liter V8 while being with up to 30 to 40% more efficient.

After many rumors about a new Armada, Nissan finally released the 2nd generation in early 2016. Unfortunately, the car was not …