The Ford Explorer is on the market for 24 years and it is getting ready to celebrate its 25th anniversary in 2016. When the vehicle was first introduced, it offered just basic stuff and it was nothing more than a family-oriented wagon. Over the years, the vehicle was revamped, improved and changed and it has become one of the most desirable vehicles of our time. The 2016 Ford Explorer will arrive on the market completely redesigned and changed. These changes arrive in the form of new features, better look, and quieter interior and more powerful engine options. The company claims that the refreshment of this model will be interesting for those customers who wanted more technology but also for shorter drivers thanks to the refreshment of armrests. If you thought that the Ford Explorer wasn’t good enough for you for those reasons, it is time to change your mind.

The exterior design of the upcoming Ford Explorer 2016 is refreshed but it doesn’t change the overall look of the car, so no worries because you will still have the recognizable silhouette of the SUV. We must admit that new details make the vehicle even more appealing. 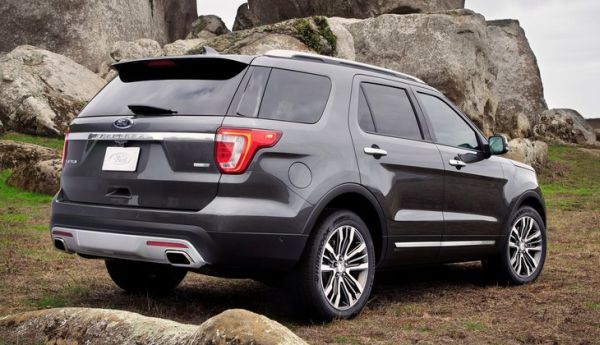 When you first look at the new 2016 Ford Explorer, you will realize that it hints strongly at the Land Rover Range Rover because of LED low-beam headlights, and the design of the grille and bumper. We like the fact that the vehicle arrives with a front-view camera and front parking sensors. The back of the vehicle has integrated exhaust tips and a brand-new sculpted spoiler. Rear pillars are also redesigned. 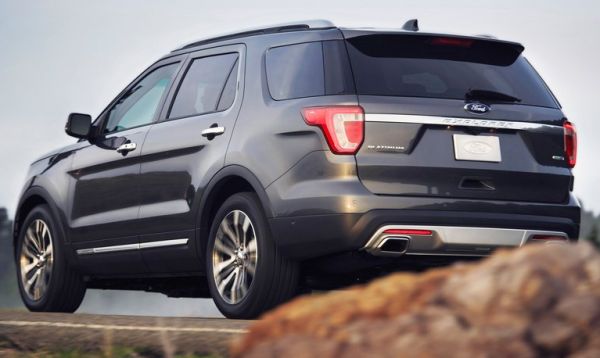 Three rows of seats offer great comfort for seven passengers at the time. Thanks to the overall size of the vehicle, even the third row of seats offers ample of room even for adult passengers. If you need additional cargo space, just fold both seating rows and there you go. Most of you will be happy when you hear that the company finally replaced the previous touch-sensitive controls with real buttons. 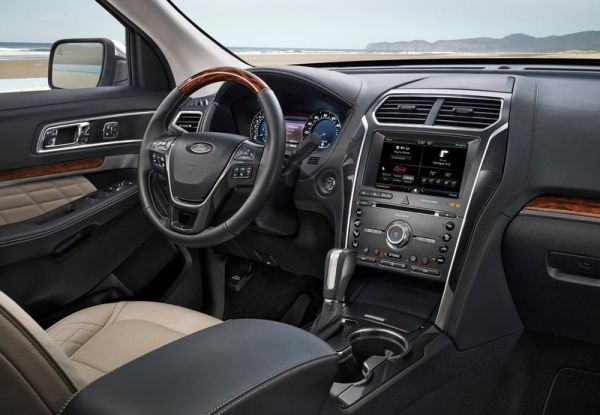 The cabin is now equipped with 10 inch digital screen which is integrated into the gauges. We have already mentioned that the newcomer has repositioned armrests, so it will be friendlier for short drivers. The 2016 Ford Explorer will be available in several trim levels including the base model, XLT, Sport, Limited, and Platinum.

As far as the engine of the 2016 Ford Explorer is concerned, there will be three powerful engine options under its hood. The first engine option will be a 2.3-liter turbocharged inline-4 which enables you to get the maximum output of 270 horses and 300 pound feet of torque. There is also a 3.5-liter V6 capable of producing up to 290 horses and 255 pound feet of torque. 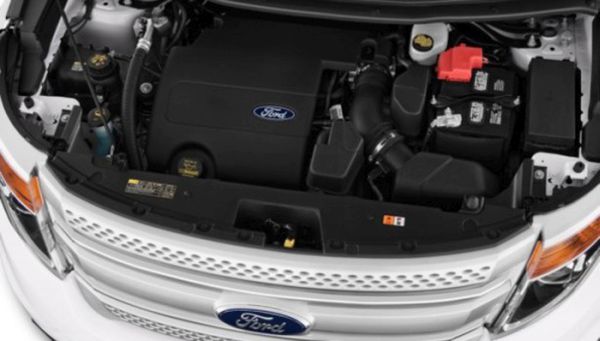 The third engine option will be a 3.5-liter twin-turbocharged V6. This engine delivers up to 365 horses and 350 pound feet of torque, and it is the most powerful engine option. The starting price for the new model will be $31.500 and it will vary depending on a trim level and the equipment you choose for your new Ford Explorer.