A couple of years ago Ford decided to sue Tesla for the Model E name. It looks like they were actually looking to release a car bearing this name even though up to this point Ford didn’t really make a move. However, this is likely going to change in the near future. Even though nothing has been confirmed, it looks like this rumored electric car may be released with the future 2019 Ford Model E. So far the details are still scarce but the car is more than likely a replacement for the electric Focus. This would give Ford a fighting chance against the Model 3 and the Bolt while also making their electric car a standalone model, so people would be able to recognize it with more ease. 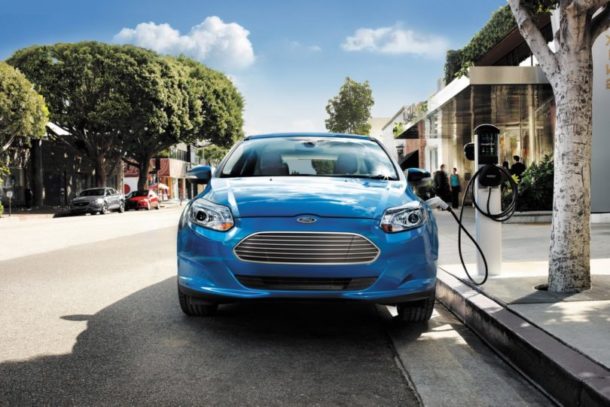 The only certain thing about the future Model E is the fact that it will be an electric vehicle. On top of that, there are quite a few unconfirmed sources suggesting the car will be based on a version of their modular platform. Even though it will still have quite a few parts in common with the Focus, the new Model E will be specifically built to be an electric car. This means that its batteries are likely going to be installed under the floor. This will not only give the car a low center of gravity but it would also mean the passengers won’t have to suffer from lack of space. The new 2019 Ford Model E is also expected to feature a unique powertrain and Ford’s latest technologies. 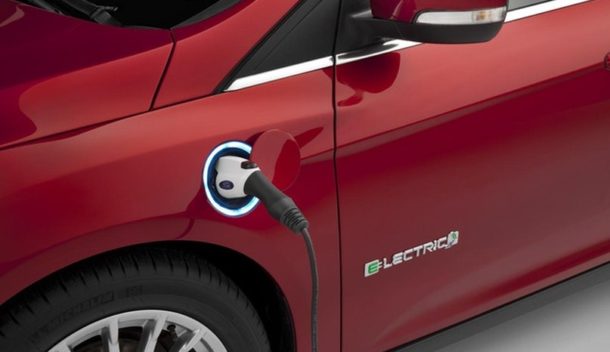 The price has yet to be revealed. However, in order to be competitive, the car will have to cost less than $35,000 which might be hard to achieve considering this is Ford’s first true venture into the electric-car territory.

Considering how their latest models look like, it is safe to assume the upcoming Model E is not going to be that far off. The car is more than likely going to take a lot of cues from both the new Focus and their upcoming Fusion. Some suggested that instead of having a grille, Ford may take Tesla’s example and delete the grill altogether. This would make the car have a more futuristic look but it might hurt its sales in the long run. It also seems like the car is not going to be a hatchback like so many rumors said. Instead, the 2019 Ford Model E is more than likely going to be a four-door sedan with a coupe-like roof-line. This would allow Ford to offer plenty of interior space and usability while also having a really aerodynamic package. 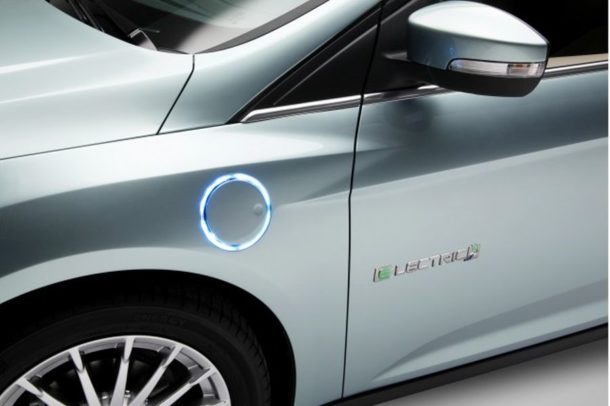 Given its price, the 2019 Model E is likely going to share a lot of parts with Ford’s other vehicles. However, the actual design of the cabin will definitely be unique to it. Expect a fully digital instrument cluster, nicer materials than in the base Focus as well as a lower sitting position. It is also safe to assume the car might receive a large infotainment screen to control most of its functions. This is also the case with its main rivals and despite being the cheaper solution, it looks like it is the preferred one by electric car buyers. 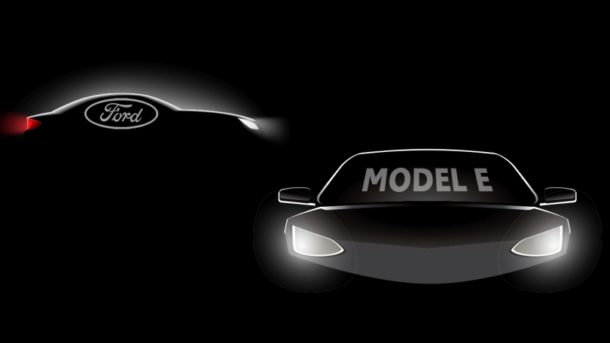 At this point Ford doesn’t really have a suitable electric system for the Model E. The current electric Focus is barely capable of driving up to 76 miles and it isn’t exactly the fastest car on the road. In order to be successful, the 2019 Ford Model E will have to deliver north of 200 miles of all-electric range. On top of that, the car will definitely have to feature some sort of supercharging system. Considering Ford actually worked with Tesla, rumors about the E featuring Tesla’s SuperCharging started to appear. Even though this would be great for the industry, we are not so sure about it at this point. Unlike its rivals, the Model E is expected to be front-wheel driven while an all-wheel-drive model might be offered at a later date. In terms of power, the car is likely going to provide over 200 horsepower and 300 lb-ft of torque, enough to make it fun to drive and more than adequate for commuting.