At roughly $50,000, the current K900 offers pretty much the same materials and the same sense of comfort as the Mercedes S-Class for a fraction of the cost. While this may seem like a massive deal, there is more to the story than just that. The K900 doesn’t get close to the driving characteristics of its rivals and its engines are far from good. In order to change that and offer a true luxury car, it looks like an update might be on its way. So far Kia hasn’t officially confirmed the car. Even so, the upcoming 2019 Kia K900 has been spied numerous times by now. While the details are still scarce, the new model is shaping up to be one of the most impressive cars to be released by the Korean manufacturer in a while. 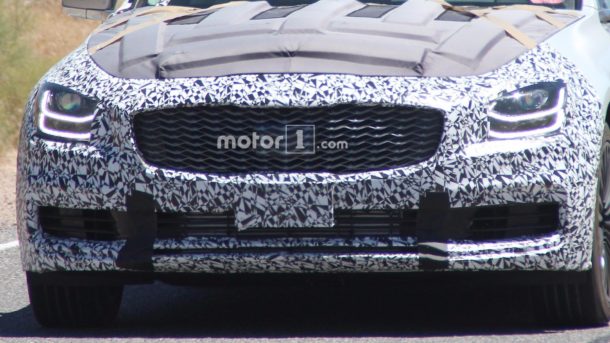 The ongoing model is based on Hyundai’s long wheelbase rear wheel drive architecture which also underpins the range-topping Genesis. There are rumors out there suggesting the new version of the car will change that. The car is likely based on a new rear wheel drive architecture specifically designed for their future high-performance applications. This is quite visible from the outside as the new car boasts a much longer wheelbase than its predecessor while also being considerably wider. These alone should assure that the new 2019 Kia K900 will be better to drive and more direct without having to compromise on anything. The total weight of the car is also likely going to go down thanks to a new aluminum-intensive structure. The price has yet to be announced but we doubt it will change much from the current base of $50,000. 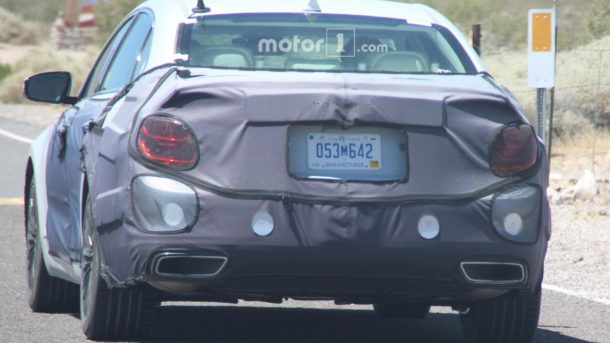 Looking mostly like a Hyundai Equus, the current model doesn’t really impress through anything. This is going to change with the future vehicle though. The camouflaged test mule we have seen a while ago looked considerably better than the car it is replacing. It featured a much sleeker body with a far less upright front end. This actually seems to take inspiration from the Stinger sports-sedan with the same type of honeycomb mesh in its grilles. The car’s fog-lamps have been moved further inward while the long hood and beefier lines seem to make the new 2019 Kia K900 a far more aggressive-looking car than its predecessor. The rear of the new model is also vastly different with a shorter trunk-lid and much more aggressive traits that are meant to make it a true rival for all those German offerings. 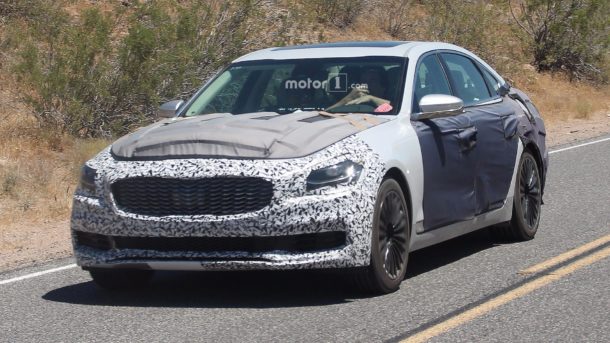 The interior on the current version doesn’t manage to impress by much. Sure, it features great materials but the design is dull while the available features are scarce. Well, things will change with the upcoming 2019 K900. Even though these are just rumors, we managed to take a sneak-peak at the cabin of the new car. The design is considerably better than before with far less buttons, a much larger infotainment screen and a layout closer to that of the Stinger than to that of its predecessor. In terms of materials, there is plenty of stitched leather, real metal and even wood in some models. Our only complaint would be the steering wheel with its really unusual design. However, this is likely a direct throwback to the S-Class steering wheel which managed to impress quite a few people. 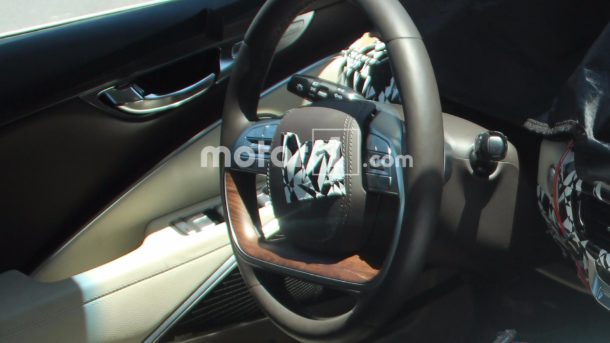 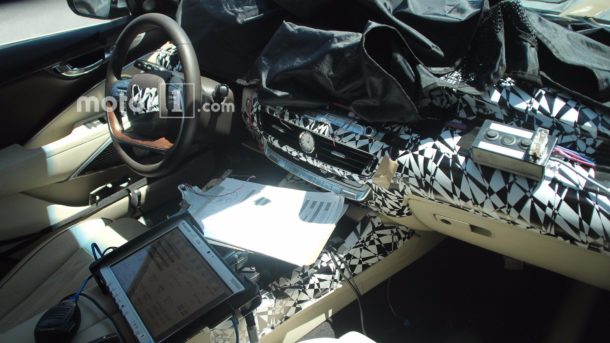 Most rumors seem to suggest the upcoming K900 will feature the same engines as before. It looks like a 3.8 liter V6 might be standard while a 5.0 liter V8 will be the option. We wouldn’t be so sure about this though. Considering the latest inside sources, it seems the new K900 might feature a 3.3 liter twin-turbo V6, the same as that on the Stinger, as its base powertrain. This would be able to provide more than the 311 horsepower and 293 lb-ft of torque of its predecessor while also being more efficient.

In fact, it looks like this engine could easily provide anything between 300 and 450 horsepower and north of 400 lb-ft of torque. If this is the case then it shouldn’t really be that hard to replace the aging V8 with it. The 8 speed automatic of its predecessor is likely going to make a return but that’s to be expected considering how good it is.

The ongoing GLE was first released as the M-Class back in 2011. However, the car’s design actually dates all the …