At the end of 2016 Mercedes was testing a new compact crossover wearing the body of the GLE. Well, the same car has been spied once again a few weeks back but this time with its production body. The new car will be released as the 2019 Mercedes-Benz GLB and despite it was camouflaged, we were able to see quite a few interesting details about it. This is going to be a new model based on Mercedes’ brand new MFA2 platform. In fact, it will be their first car to use this new chassis which is an evolution of the older MFA front-wheel drive architecture. This will come with quite a few improvements such as better structural rigidity, less weight and likely more wheelbase options. 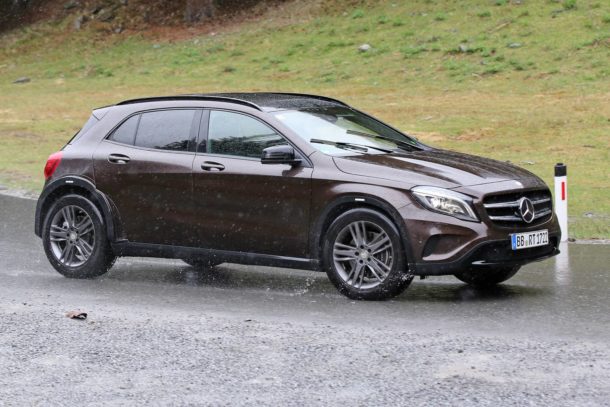 From all the spy shots we have seen so far, it looks like the new GLB will get a slightly shorter wheelbase than the GLE but longer than that of the GLA. On top of that it looks like the car will be as wide as the GLE in the front but quite a bit narrower at the back. This means that it will be wider than its smaller sibling as well which likely suggests more room inside the cabin. Thanks to the new modular platform the car will benefit from new engines and a new running gear. So far it looks like it may even receive an air-suspension system as an option which would definitely be a really interesting feature in its class. The price hasn’t been revealed. However, considering the car’s target market it is safe to assume it will slot right between the GLA and the GLE. 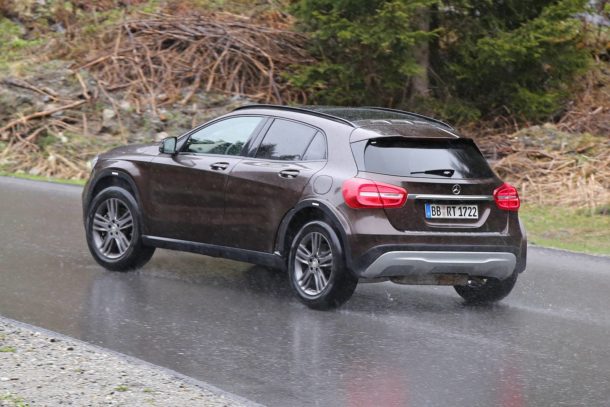 From the latest spy shots, it seems the 2019 Mercedes-Benz GLB won’t be the tiny G-Class everyone was expecting. Instead, the car seems to look a lot closer to the GLE. It features roughly the same proportions as its larger sibling but it seems to double down on a more aggressive design. In the front, it looks like it sports a much larger grille, more similar to that of the GLA. The headlights seem to be slimmer than on either of the two models while the bumper seems to boast a shield right under the grille. The wheel arches have been slightly extended which could suggest wide wheels, a really interesting option for a compact crossover. Instead of the usual coupe-like roofline found on the GLA, the GLB boasts a more SUV-like roof as well as a more upright rear end. The latter should allow it to be more versatile than the GLA. From the profile, the camouflaged prototype looks a lot like the GLE, only smaller. 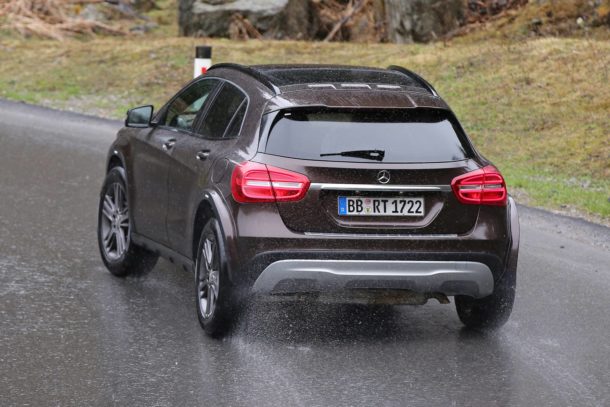 Unfortunately, at this point, there is still little information about the car’s interior. Even so, it is safe to assume the 2019 Mercedes-Benz GLB will come with a new dashboard design. This has become clear once we received the confirmation the car will be based on a new platform. Here we can expect an evolution of the interior found on the A-Class. The materials will likely be improved while the unusually bad plastics should be gone in the favor of softer and more durable materials. 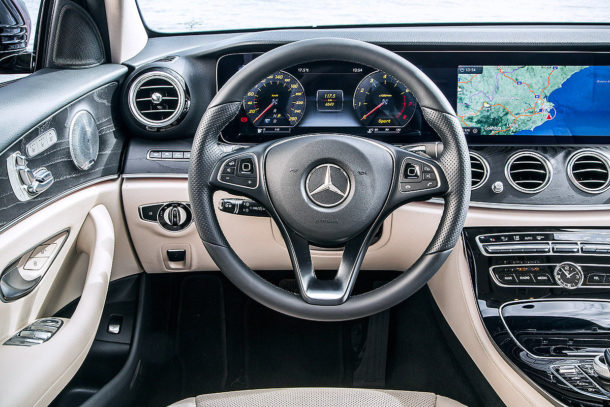 Unlike the current GLA, the upcoming 2019 Mercedes-Benz GLB will get an entirely new selection of engines. These will be part of Mercedes’ new range of modular 500cc engines which will range from a 1.5 liter turbo three all the way up to a 4.0 liter V8. The GLB will likely receive a 1.5 liter turbo three in Europe only. This should still offer around 150 horsepower which is more than enough for its base version. All the other markets will only use 2.0 liter engines powered by either gasoline or by diesel. We can expect a 2.0 liter turbo-four gas engine to offer anything between 190 to 300 horsepower. A 2.0 liter diesel can be expected to provide between 150 to 250 horsepower which is usually on par with its rivals. A 6 speed manual is expected to be standard only on the base 1.5 liter engine and possibly on one of the diesels. All the others will likely be equipped with a revised 7 speed automatic. All versions of the car will more than likely get all-wheel drive as standard as well as a highly capable electronic all-terrain response system. 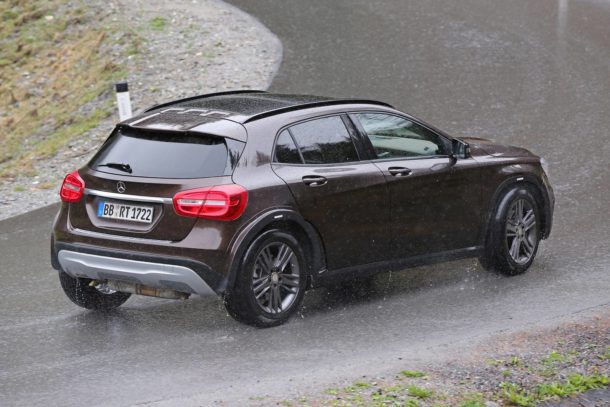 At roughly $50,000, the current K900 offers pretty much the same materials and the same sense of comfort as the …