The ongoing GLE was first released as the M-Class back in 2011. However, the car’s design actually dates all the way back to 2006, so it is not really an up to date model when it comes to available technology. Because of that a massive update is on its way and it seems it will be released with the future 2019 Mercedes GLE. Even though the German manufacturer hasn’t said much about this new model, the car was actually spied a couple of times on the open road. Even though the model was definitely a test mule, we can clearly see a few changes over its predecessor. 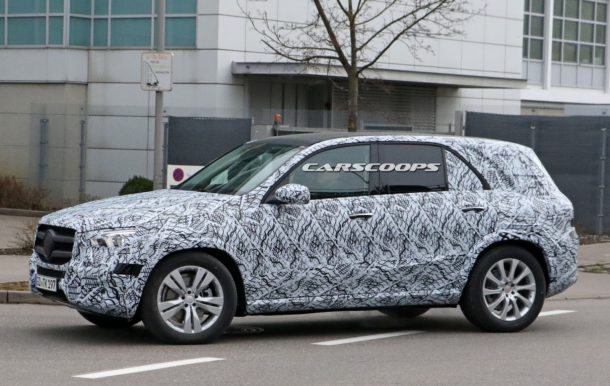 The upcoming GLE is going to be one of Mercedes’ first cars to use their MHA architecture. This platform is also going to be used on their higher end crossovers and SUVs such as the upcoming coupe version of the GLE or the GLS. Even though there is currently little information about it, the new platform should allow them to save at least 200 to 300 pounds from its predecessor. On top of that, it seems the rigidity of the platform will be much improved over the aging chassis found under the current GLE. Thanks to that the NVH levels, as well as the car’s driving characteristics, should improve by a good margin. No word on the pricing just yet but we doubt much will change over the ongoing model. 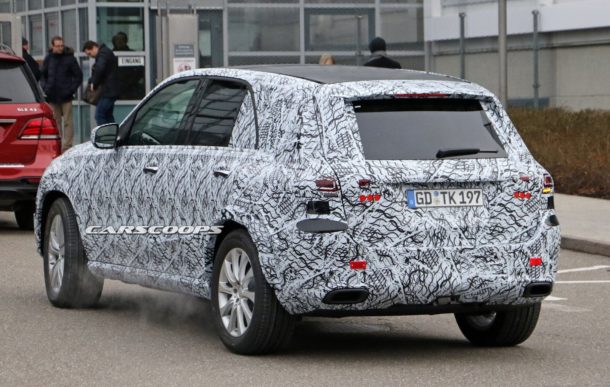 Even though the test mule was heavily camouflaged we were still able to see some critical details about the upcoming 2019 Mercedes GLE. For starters, it seems the car will be more of an evolution of the current generation rather than a revolution. It looks like the test mule was lower than the ongoing model but it looked wider. Also, the wheelbase seemed longer while the wheel arches were not round like on the current car. Instead, it seems the car will get rectangular flared wheel arches which do give the new GLE a much meaner look. 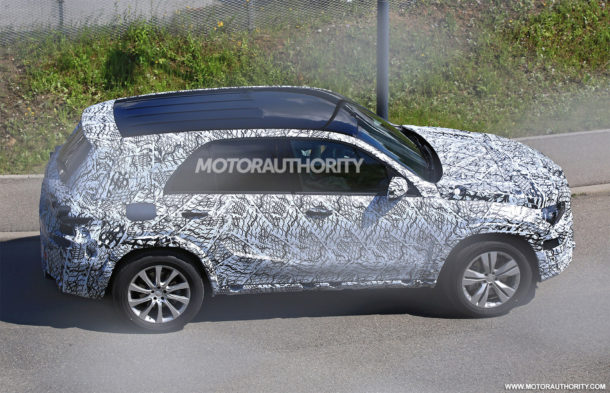 In contrast, the doors and rear of the car seem to be quite a bit curvier than before. This is likely because Mercedes is looking to offer a more aerodynamic package than before. In the front the grille is likely not going to change much but the headlights seem to be roughly the same as those on the new E-Class. The rear of the prototype was heavily camouflaged but it seemed to be not only curvier but also it seemed to have a more aggressive angle which suggests the move to a coupe-like design even for the regular GLE.

Inside the Cabin of 2019 Mercedes GLE

The camouflaged version of the 2019 Mercedes GLE featured the same dashboard as the current E-Class which is really interesting to see. It looks like Mercedes departed from the old design in order to offer a cohesive experience across all of their models. The car will likely come with the two massive 12-inch screens as standard on the higher end models. Also, the really minimalist center stack should really elevate the design. The big change over the sedan seems to be the center console which looks to be both wider and taller. We can also expect more storage spaces that will definitely make the GLE the better choice for families. 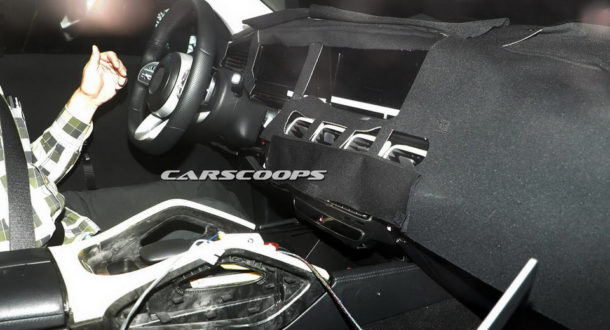 The 2019 Mercedes GLE will likely come with the latest engines available. The base versions of the car are still likely to feature 4 cylinder engines offering between around 211 and close to 300 horsepower. The higher end diesel models are expected to boast a 3.0 liter inline 6 with one, two or four turbochargers. This engine should be able to provide north of 400 horsepower on certain versions which would give Mercedes a competitor for one of the best-selling luxury crossovers on the market. In terms of petrol engines, the GLE is likely going to offer a set of V6 and V8 powertrains currently in use by the German manufacturer.

A 4.0 liter twin-turbo V8 offering north of 600 horsepower might power the range-topping model of the GLE range. The medium-spec models are likely going to use a twin-turbo V6 offering between 300 and 450 horsepower which should be more than enough for most. All cars will come with all wheel drive and an automatic transmission as standard.

At roughly $50,000, the current K900 offers pretty much the same materials and the same sense of comfort as the …