Released little over 2 years ago, the current Malibu is not what we would call an old car. In fact, it is one of the better vehicles in its class with more than enough space inside and one of the best set of driving characteristics around. Despite that, it seems an update is on its way with the upcoming 2019 Chevrolet Malibu. GM didn’t confirm this revision just yet but a camouflaged prototype has already been seen testing on the open road. It looks like the car will receive a small facelift and it may get a few improvements inside the cabin too. Things will stay mostly the same under the hood but Chevrolet could always surprise us with upgrades. 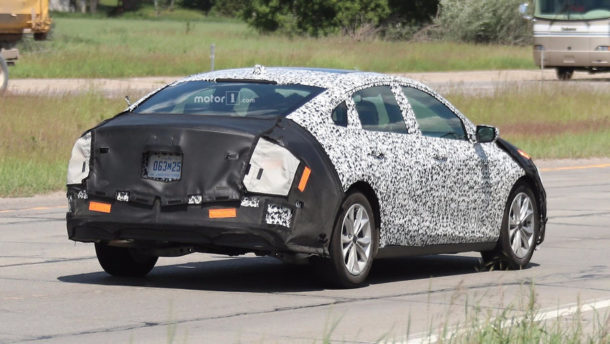 The new car will still be based on the same E2XX architecture as before. This allows it to weigh less than 3,500 pounds in all of its versions while being just as large as a full-size sedan. In fact, with more than 111 inches of wheelbase and a total length close to 194 inches, the Malibu has to be one of the biggest cars in its class by a good margin. Luckily though it offers nearly perfect proportions with a really wide but low body which makes it seem smaller than it really is. The price of the new model hasn’t been revealed just yet but it seems it may cost the same as before. Despite that, it seems a new trim level, and possibly a new engine, might be added to the range which would drive the price of the car up. 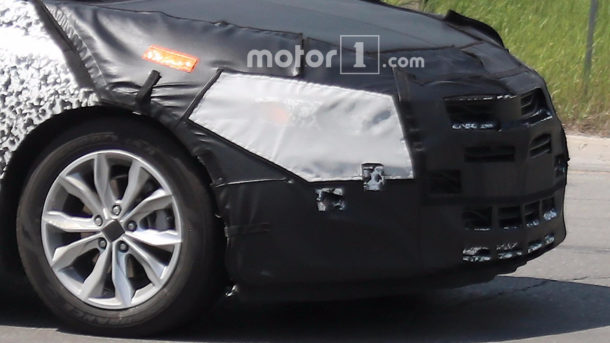 Not much has been revealed about the cabin of the 2019 Chevrolet Malibu up to this point. Even so, it is safe to assume that, at least in terms of design, not much is going to change. The dashboard is likely going to boast the same design scheme as before which is only natural considering how new the Malibu is. There might be some new features though. The OnStar 4G LTE system could become a standard offering across the range while commodities such as the wireless phone-charging system or even the automatic headlights could be added as standard on the mid-spec models. Some suggested the car could receive a new infotainment system but this hasn’t been confirmed just yet. We do expect minimal upgrades, such as a new app ecosystem, but that should be it. 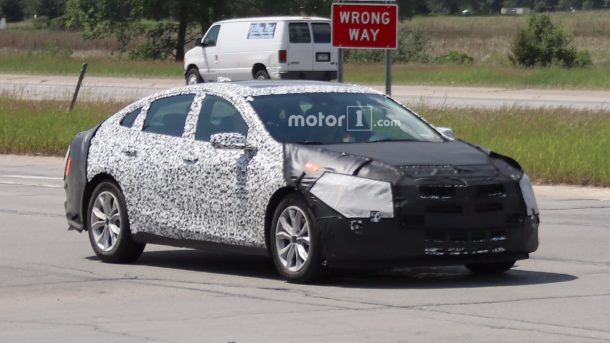 The biggest change that will happen with the 2019 Chevrolet Malibu is definitely going to be the way it looks. The camouflaged prototype seen a short while ago was fully covered. However, it seems that it had more camouflaged in the front and at the back. Most of the car’s body seemed to be mostly unchanged from the current generation. In the front, though the changes are a bit more obvious. For starters, the upper grille now seems not only larger but it seems to extend down by quite a bit. Because of that, the lower grille is now narrower but it seems to be wider. The headlights also seem new but likely the only change is the internals. The rear of the new Malibu doesn’t seem all that different from its predecessor. The car still has the same wide tail lights as before so the only real change has to be the LED cluster inside the tail light. 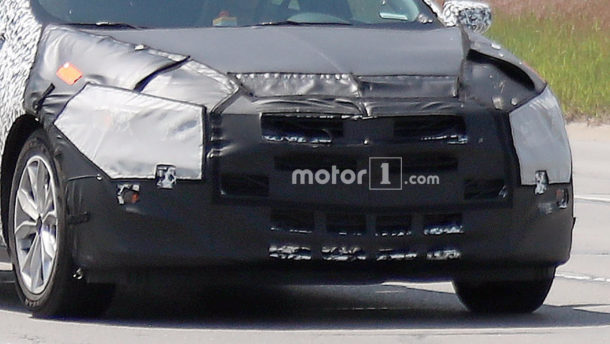 2019 Chevrolet Malibu Under the hood

The base model will still come with a 1.5-liter turbo-four engine. This should still be good for around 160 horsepower and 184 lb-ft of torque. The hybrid is likely going to stay too with a combined output of 182 horsepower and up to 277 lb-ft of torque. While the base engine will come with a 6 speed automatic, the hybrid will get a CVT in order to maximize fuel consumption. The range-topping cars will get the 2.0-liter turbo-four LTG engine which is currently good for 250 horsepower and 260 lb-ft of torque. This is currently mated to a 9 speed automatic and things shouldn’t change for the 2019 Chevrolet Malibu either. It seems that GM’s 1.6-liter turbocharged diesel might be added to the range as well. This is just a rumor at this point but it would give the Malibu well over 40 MPG on the highway. The only problem we see is the hybrid which is just as good in terms of fuel efficiency while offering more power than the diesel and likely at a lower price too.

Released in 2012, the current Altima has been updated a couple of times throughout its lifetime. Even though it may …