The Urus is going to be Lamborghini’s first SUV ever and it will be one of their first four-door production cars ever. Despite the fact the Urus hasn’t been released, a concept has been showcased back in 2012 when Lamborghini said the car will not go into production. Luckily though, 5 years later it looks like the car is going to be made and the best part about it is that it will not be that different from the original concept. The car will be released as the 2019 Lamborghini Urus and at least in terms of styling, it will look mostly the same as before. However, the car will be based on a new platform and it will feature the newest available technologies on the market. 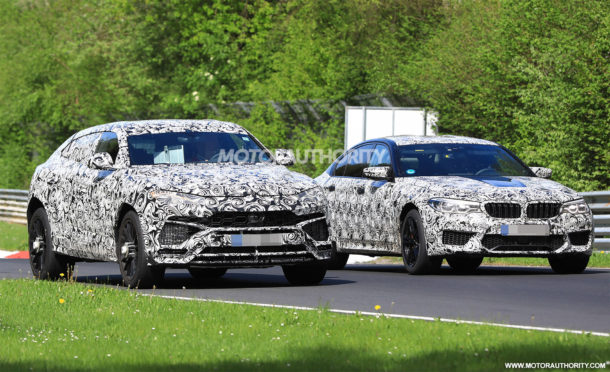 Just like its sibling, the Bentayga, the Urus will be made on VW’s MLB Evo chassis which means it will boast a front-mounted engine. This is a bit unusual for a performance car which usually has its engine behind the front axle. Unfortunately, this will not be the case with the Urus which likely means it won’t be as good to drive as some of us hope. Luckily though, the car will make heavy use of aluminum and carbon fiber. The early reports suggest it will get carbon fiber panels which should keep its weight around 4,000 pounds.

Not that long ago a camouflaged test mule has been seen on the Nurburgring and it looked quite impressive. However, the car didn’t seem to be even close to the Bentayga in terms of size. However, this is because the 2019 Lamborghini Urus will boast a really unusual set of proportions. The car will be nearly 5.0 meters long, 2.0 meters wide but under 1.7 meters tall. Thanks to that it will look smaller and more planted than most otherhigh-performance SUVs on the market. The test mule was also bulkier than the concept but not by much. It had slightly less obvious flared fenders in the back and a slightly different roof-line. One of the most controversial things about the Urus has to be the way it looks. Despite having the stance of a performance car, it seems some people do not agree with its design. Why? Well, the test mule of the Urus had a really similar rear end to the Audi Q8. In fact, the two cars seemed to share the same tailgate and window design which is not ideal for an SUV expected to cost around $200,000. We do hope the Urus is in fact much better looking than that but only time will tell. Its front end, on the other hand, looks to be mostly identical to the concept which managed to showcase Lamborghini’s design scheme rather well. The only real change seems to be the grille which is definitely larger on the production model. This is likely due to its engine but more on that later.

It has been confirmed the 2019 Lamborghini Urus will boast either 4 or 5 seats. This is great as it will give the chance of choosing the best suitable layout. The seats will likely be quite a bit sportier than the usual luxury SUV while the design is actually expected to be inspired by that of the Huracan. We expect the Urus to boast a large center infotainment system but a minimal amount of buttons. The steering wheel and instrument cluster are likely going to be taken straight out of Lamborghini’s other cars. 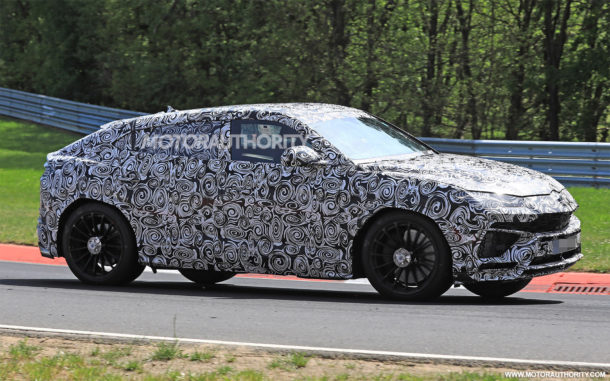 2019 Lamborghini Urus Under the hood

The 2019 Lamborghini Urus will have a larger front grille because it will have more radiators than the concept which was powered by a naturally aspirated engine. The production version is going to be powered by a 4.0 liter twin-turbocharged V8 provided by Audi. This engine will offer as much as 650 horsepower, a number already confirmed by Lamborghini’s CEO. Thanks to this amount of power the car should be able to become the fastest production SUV in the world with an expected top speed north of 200 MPH. A hybrid model will be launched roughly a year after the car’s release. This will offer the same V8 engine mated to a set of electric motors. The end result should be closer to 700 horsepower which should allow it to become even faster than before. 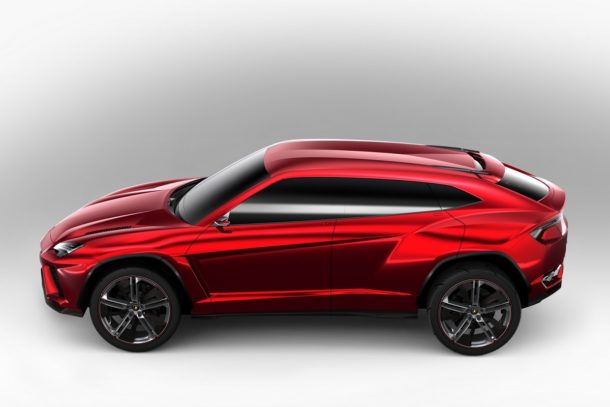