Audi currently has 4 different crossovers on the market and it seems they are going to add at least 2 more. One of them is the rumored 2019 Audi Q4, a car that hasn’t been confirmed just yet. However, inside sources did say they are more than likely going to release it in the near future. Unlike their other models currently on the market, the Q4 will be Audi’s first coupe-crossover to hit the market and it is expected to be followed shortly by the larger Q8. This means that the Q4 will share most of its components with the Q3 with the big difference between the 2 cars being the exterior design. At this point, it still is quite early in the car’s development cycle but the Q4 will certainly have to meet certain standards in order to be competitive.

While Audi’s most other cars are based on their MLB Evo platform, the new Q4 won’t. Instead, the car will be built on the MQB chassis, a transverse engine platform. This will free up the interior room and it will allow Audi to keep the costs down. However, it also means that their quattro all-wheel drive system used on the car will be the Haldex-based unit from the A3. This will make the Q4 great on the road but it will take away from its off-road capabilities. In terms of size, it seems the car will be mostly identical to the new Tiguan. The two are more than likely going to share the same wheelbase but the Q4 is expected to be both wider and longer. On top of that, the car is more than likely going to be significantly lower in order to better highlight its coupe-like design. 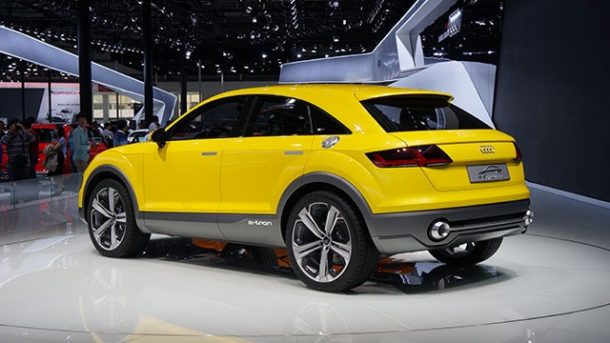 There is no question about the fact the most important part of the 2019 Audi Q4 is going to be its design. This has always been the car with coupe-crossovers and we don’t see it change anytime soon. At this point, Audi didn’t release any official pictures or even renders about the car. Luckily though there have been a few unofficial renders of the car flying around the internet in the past couple of weeks. These are based on the latest confirmed rumors and they do seem pretty close to what might happen with the car. In the front, the Q4 is expected to boast a similar grille to that of the Q2 or the larger Q8. Expect it to get swept back headlights, an aggressive bumper with larger intakes as well as a low hood. The roof will more than likely be arched towards the back which should take it quite close in terms of proportions to the Macan. 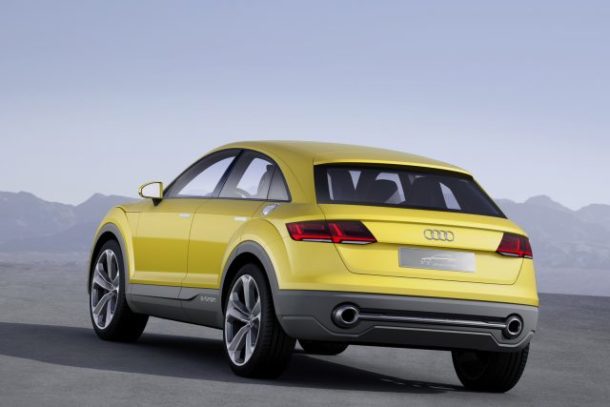 Here the upcoming 2019 Audi Q4 is likely going to share most of its cabin with the Audi A4 or the future Q3. We expect it to boast a really minimalist-looking dashboard, a good amount of features and premium materials all around the cabin. Some suggested the car may hit the market in a 4-seats configuration. While this isn’t unlikely, we highly doubt it considering its competitors. The only real drawback over the Q3, or its rivals, will be the limited trunk space which usually comes with this type of design. 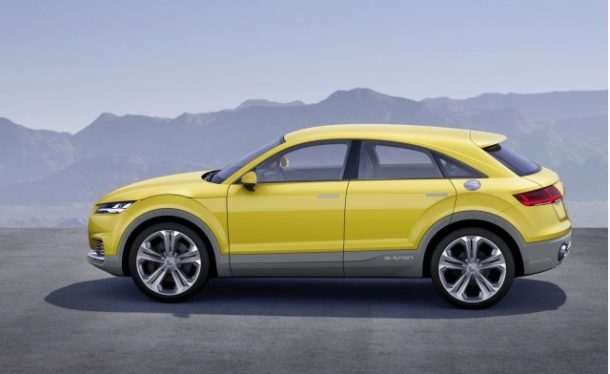 The European version of the 2019 Audi Q4 is likely going to boast a 1.5-liter turbo four offering 150 horsepower and little over 180 lb-ft of torque. This should drive the front wheels via a 6-speed manual. For those looking to get the all wheel drive system, Audi will likely offer it with the larger engines. A 2.0-liter turbo four offering over 200 horsepower as well as 2.0-liter diesel offering anything between 150 and 240 horsepower are possible. These will be offered with both front and all wheel drive as well as with a selection of a 6-speed manual or a 6 or 7 speed DSG gearbox. Not that long ago rumors about an RS Q4 started to surface and so far Audi didn’t dismiss them. This likely means we are going to see a four wheel drive Q4 with north of 400 horsepower coming from a 2.5 liter turbocharged inline 5 engine. This should easily become one of the fastest cars in its class.

Released little over 2 years ago, the current Malibu is not what we would call an old car. In fact, …