2018 Mercedes-Benz X-Class – Luxury cars have been on a roll recently and it seems like there are more and more manufacturers trying to go with the flow. However, one of these manufacturers is a really unexpected one mainly because they have been building luxury cars for the past half a century. Mercedes released a short while ago the X-Class, an all-new luxury vehicle which also happens to be a truck. This is actually the first luxury truck to hit the market but we are sure it won’t be the only one. Just like some other manufacturers did, Mercedes just created a new niche product which is certainly going to receive quite a bit of competition in the near future. 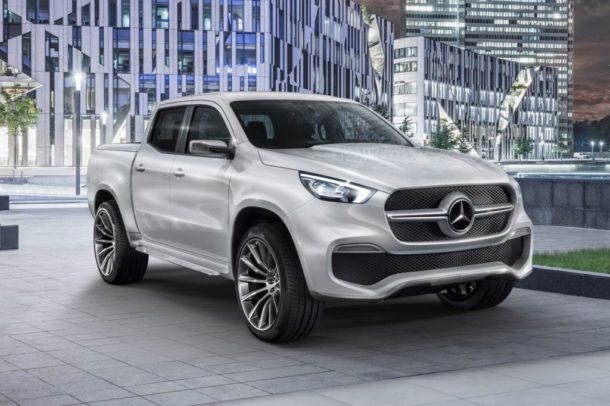 The 2018 Mercedes-Benz X-Class is their all-new medium-size truck which is actually based on the Navara. The Mercedes has the same fully boxed-in ladder frame as the Nissan and roughly the same fully independent suspension setup. However, there are quite a few differences between the two vehicles in order to allow the Mercedes to be more comfortable, better to drive as well as more capable. The truck boasts a wider track than its sibling and it actually features a wider cab as well. On top of that, the brakes have been improved with bigger rotors in the front and rotors in the rear instead of the usual drums. 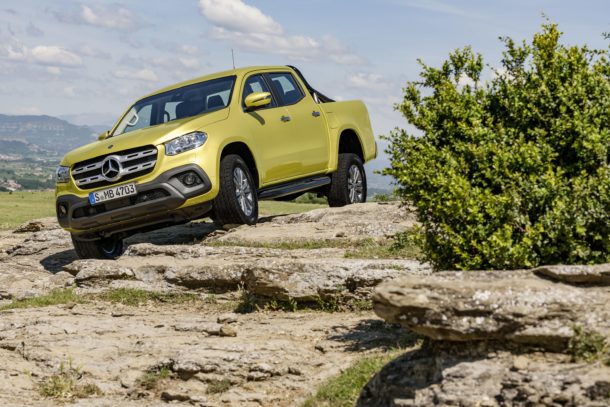 For now, Mercedes set the price for the “Pure” version, which is the most basic model, at $43,000, quite a bit more than most trucks out there. The higher-end versions are likely going to cost well over $55,000 which would make it one of the most expensive truck-based product out there. Even though the 2018 Mercedes-Benz X-Class wasn’t really necessary, they did it because trucks are exempt from taxes in some countries, so those buying them get the benefits of a luxury SUV with none of the drawbacks. 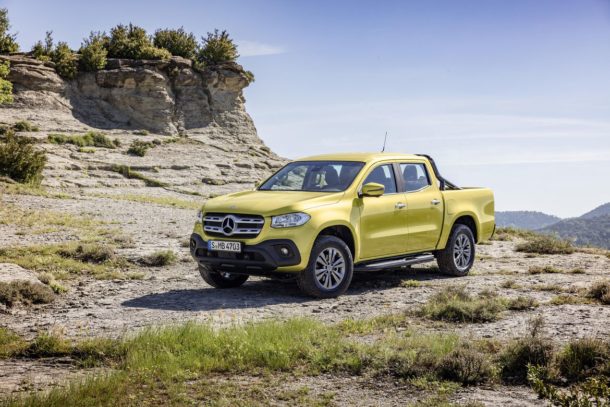 Even though it is based on a Nissan, the X-Class doesn’t have much in common when it comes to the way it looks. The truck features a completely different front end sporting Mercedes’ latest grille design, slim headlights and really aggressive bumper. Thanks to the cabin being wider, the fenders are also wider so the truck looks quite a bit more imposing than the Navara. The cab’s profile is mostly the same as that of its sibling and so is the bed. However, the vertical taillights are unique to the X-Class while the wheels definitely give it an upmarket feel the Navara simply doesn’t have.

Let’s now move to the most impressive part of the new X-Class, its interior. Even though this is still a truck, it has a cabin fit for a luxury vehicle. The dashboard is unique to it with round AC vents, a really clean design and a minimal amount of buttons. The seats are roughly the same as those in the G-Class with our only complaint being the relatively cheap-looking lower part of the dashboard which has been taken straight out of the Navara. However, the higher end models don’t have this problem with their only real problem being the massive price increase. 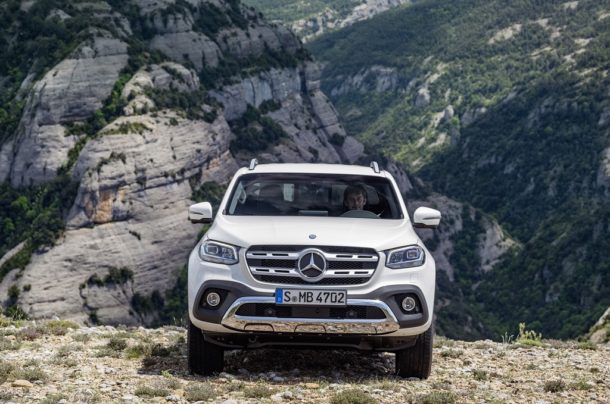 2018 Mercedes-Benz X-Class Under the hood

The base version of the 2018 Mercedes-Benz X-Class gets a 2.3-liter turbocharged diesel good for 161 horsepower and 297 lb-ft of torque. Further up the range, the truck gets the same engine but this time with twin-turbochargers for a total of 188 horsepower and 332 lb-ft of torque. Both of these come with a part-time four-wheel drive system and a six-speed manual as standard. Only the more powerful version is available with an optional 7-speed automatic which is actually the same gearbox as in the Nissan. The range-topping version of the X-Class will hit the market with a 3.0-liter turbocharged V6 diesel offering 255 horsepower and 405 lb-ft of torque.

This is only available with an automatic gearbox and all-wheel-drive. The interesting part is the fact that this engine gets a Mercedes-sourced gearbox and all-wheel-drive system thanks to which it will be able to tow nearly 8,000 pounds and carry a payload of more than 2,400 pounds, considerably better than even some full-size trucks currently available on the US market. A mild gasoline-powered engine will also be offered in select markets. 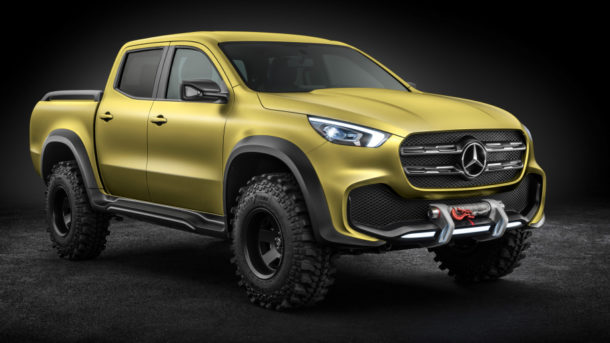