Now that Volvo finally released their new high end line of cars with the S90, XC90 and V90, it is time for their smaller models. They did release a few concepts for the future S40 and its siblings but it seems these won’t hit the market as soon as we thought. Instead, the Swedish manufacturer will more than likely release the 2018 Volvo XC60 first together with its sedan and wagon counterparts. Unlike the smaller cars, these will be based on the same SPA architecture as the larger XC90. This means a transverse front engine, front or all wheel drive and a really stiff chassis.

However, the smaller car is not going to receive the same suspension system which will change the experience completely. In terms of design, inside and out, the car is going to be a lot closer to the larger car than some would say. Why? Well, let’s just look at it like at a five-seats XC90 because this is most likely what it is going to be. The XC60 will become the sportier version of it in a similar manner to what the BMW X5 is to the upcoming X7. This is not really a bad approach considering that people not wanting seven seats still want luxury. The price is still unknown at this point but some suggested around $42,000 should be appropriate. This is quite similar to the competition and close enough to the larger XC90. 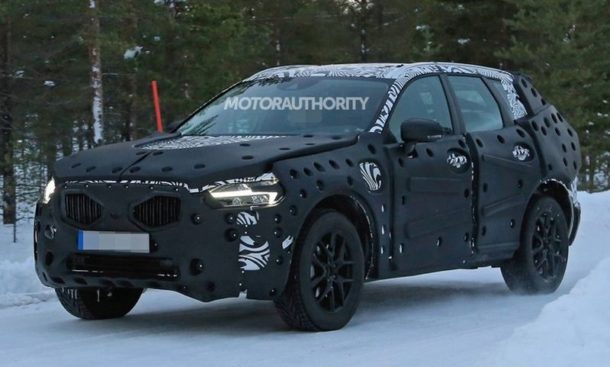 One of the most asked questions about the 2018 Volvo XC60 has been if it will share the cabin with the larger cars. Well, Volvo did say that some features will be retained but it will not be the same. While all the three large cars get the same dashboard and mostly the same layout inside, the XC60 will be different. For starters, the portrait-mode 9 inch infotainment system will stay. However, this will be tweaked with a new software to better suit the new car. On top of that, despite being a crossover, it seems that the XC60 will be having a more car-like layout inside with a much lower driving position. Leaving these aside though, most of the materials will be similar to the larger cars.

The design of new XC60

The prototype spied testing a while ago was wearing black plastic bits on the outside to cover its lines. Even so, we can still see some interesting lines about it. The front end seems to be similar to the larger XC90 with a similar grille and the same type of headlights. However, the bumper looks to be lower and more aggressive. The back, even though it is heavily camouflaged, looks to end up with an angled rear window which does suggest a raked roof. This would suggest a coupe-like design but it still remains to be seen if the production model will actually feature it. 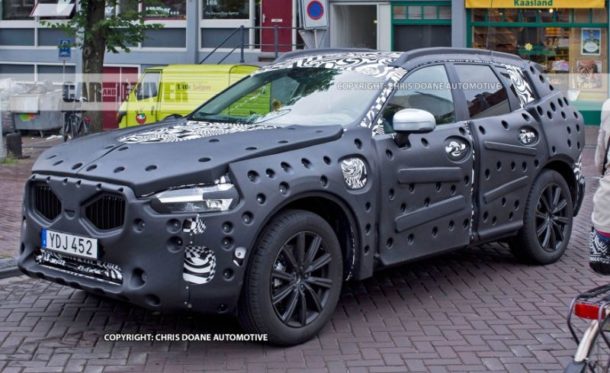 Even though we are still months away from release, we are quite sure what will power the 2018 Volvo XC60. Expect the T5 2 liter turbocharged inline 4 to remain the base engine. This should offer 240 horsepower and 258 lb-ft of torque. A supercharged and turbocharged version of the same engine will likely be offered with the T6. This will have to do with more than 300 horsepower and nearly 300 lb-ft of torque. The larger XC90 is also offered in a hybrid form with a T8 that makes 400 horsepower and well over that in torque. Even though we would love such an engine on the smaller car, it is highly unlikely at this point. Instead, expect a diesel to be offered some time in the future, especially since some of its rivals already received one.

Back in October last year a UAW chairman confirmed, by accident, the upcoming 2018 Ford Bronco. However, Ford actually decided …