Even though the current Accord has been introduced back in 2012, the car will be replaced by a new model in 2017. Many people said that Honda was going to update the older car but it seems this is no longer the case. The facelift for the Accord has been out for around a year now and the upcoming 2018 Honda Accord will be an all new model. This has already been seen testing wearing heavy camouflage and it looks like a completely different car. The new Accord will finally be based on the same chassis as the new Civic. This would be Honda’s brand new modular platform which will eventually underpin most of their models.

Even though the chassis will be shared with the smaller Civic, this doesn’t mean it will become smaller. In fact, the new Accord definitely looks larger than before. The early prototypes look to be wider, lower and definitely longer. With that expect a different layout for the cabin and a new design scheme as well. It seems that the car will be launched in the second half of 2017. Its price will likely stay true to the original. Expect the base model to cost around $23,000 with the top end versions going past $30,000. 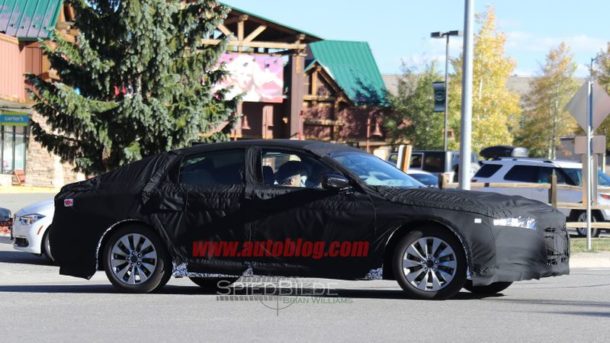 So far it seems that Honda is dedicated to have their sedans and hatchbacks only with front wheel drive. However, this may change in the near future but more on that later. Under the hood we should see quite a few upgrades over the current model. For starters, all the older engines are expected to be gone for the 2018 Honda Accord. Instead, this new model should stick with turbocharged engines only.

The base car should trade its 185 horsepower 2.4 liter unit for a new 1.5 liter turbocharged inline 4 with around 190 horsepower and 178 lb-ft of torque. This will provide better fuel economy and with the lighter construction it should make for a better car to drive as well. The V6 is expected to be gone as well and in its place a new 2 liter engine should be installed. This is a new unit built by Honda in the US. So far it seems that it could make around 300 horsepower and 300 lb-ft of torque. Like before, a six speed manual gearbox is going to be offered as standard across the range. Both of them are also expected to make use of a new automatic transmission. It still is unclear which transmission this will be though but we do expect their new 9 speed automatic.

The Design of 2018 Honda Accord

This is also going to be a larger big change for the 2018 Honda Accord. So far they have been quite conservative with the Accord. This was mostly because it was one of their better selling models and they didn’t want to ruin it. However, now that its competitors have all been heavily revised, Honda has to innovate in order to remain on top. From the early prototypes it seems that the new model is lower, wider and longer. It also features an arched roof which ends up with a raked rear window. The end design makes us think about a four-door coupe which is very interesting. The front will more than likely borrow quite a bit from the new Civic in order to create a stronger brand recognition. 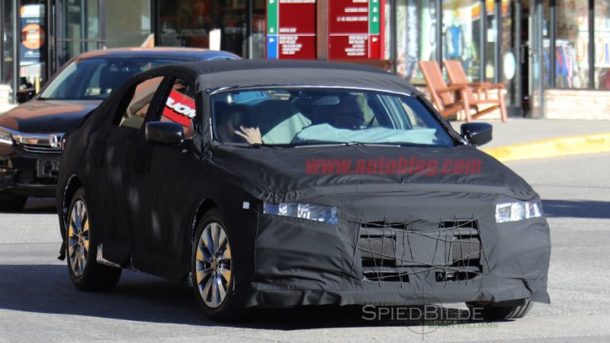 So far not much has been rumored about its cabin. The current generation is on par with its rivals but the features are slightly underwhelming. The new car will likely borrow some of the features found on the new CR-V and Civic. Expect a less cluttered interior with more safety features and much better materials than before.