The Duster has been released back in 2009 and it is the first crossover built by the Romanian manufacturer. While they did use the name in the past, that car was nothing more than just a badge-engineered Aro. Thanks to its back-to-basics design approach, great interior space, and affordable price, the Duster quickly became a favorite throughout Europe. After it only received minor updates, the car was finally revamped a short while ago with the 2018 Dacia Duster. There are still some missing details but Dacia released a good amount of information so we do have a pretty good idea of what to expect from this future car. 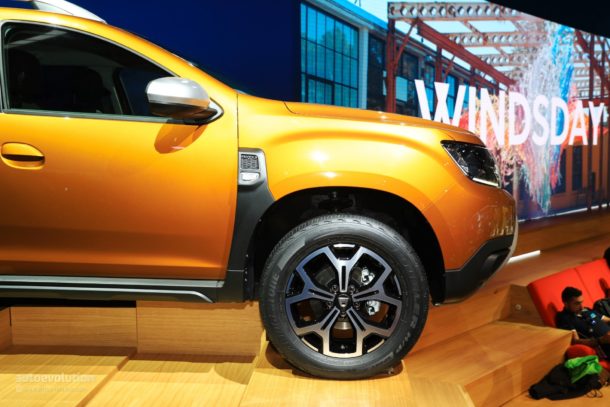 Despite what some rumors suggested, the new version of the Duster is not based on an entirely new platform. The car shares most of its underpinnings with the older model. Dacia chose this path in order to keep the development costs to a minimum. This also means the wheelbase, its width, length, and height are roughly the same as before. The new version of the car is not really any lighter either. While this is the case, some rumors are saying the running gear has been revised. On top of that, it looks like some models will receive all-wheel disc-brakes which weren’t the case up until now. The biggest change of the new model has to be its design but more on that later. The car will likely become available in early 2018. Its price has yet to be revealed. Even so, considering it hasn’t changed all that much under the skin, we can safely assume it won’t be that different from its predecessor in terms of pricing. 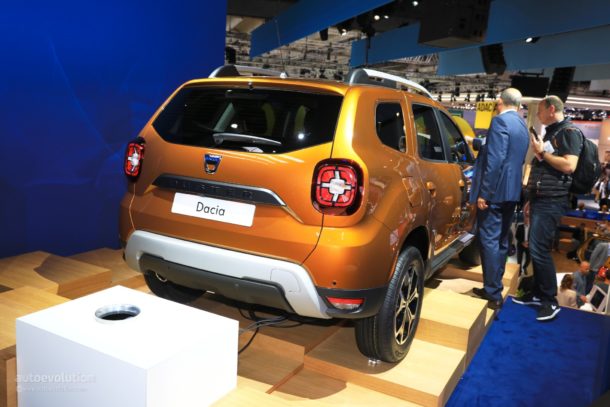 As we said above, the biggest change to happen to the new 2018 Dacia Duster is the way it looks. Even though the car is based on the same platform, most of the exterior is brand new. In the front it features a much slimmer grille than before with swept-back headlights and wraparound LED DRLs. The silver protective shield on the bumper is also much bigger than before while the fog-lamps have been moved further inward.

The rear of the new Duster features new rectangular LED tail lights, a considerably larger bumper protrusion, and a wider-opening tailgate. These alone should allow it to be more usable on a day-to-day basis. Another big change is the windshield. The base has been moved forward by around 100mm thus giving the car a more aggressive look. With the help of the much shorter rear windows and the wider wheel arches, the 2018 Dacia Duster definitely looks like a more premium car than before. 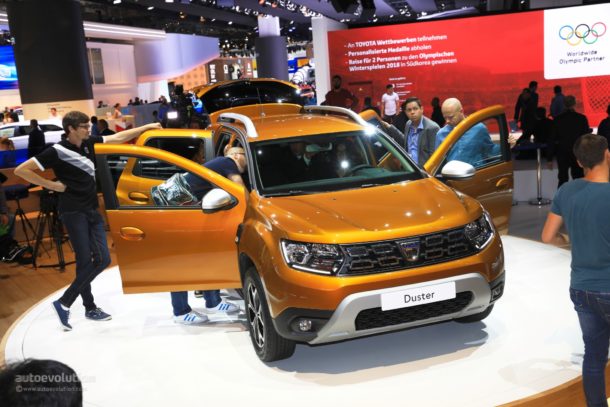 A few days ago, pictures of the car’s interior have been leaked on the internet. These showcase a vastly different dashboard than the one before it. For starters, the car now features three round AC vents on top of the dashboard while just under it we can see the familiar 8-inch infotainment system. The buttons, on the other hand, are all new and these have been redesigned in order to be much easier to use than before. The car also features three rotary dials that control the AC system. These boast OLED screens inside them in a similar manner to Audi’s latest models which is really nice to see considering the price of the future Duster. 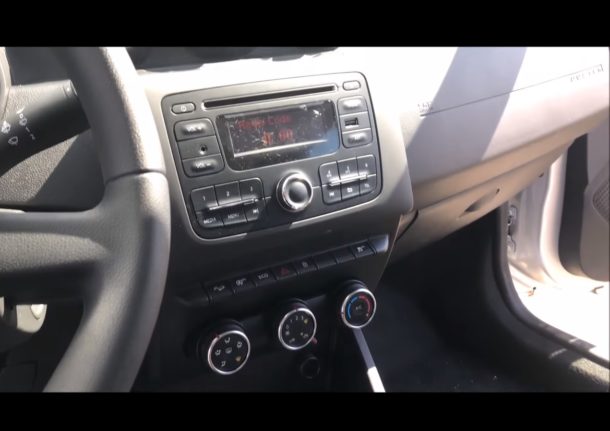 2018 Dacia Duster Under the hood

The engines offered with the 2018 Dacia Duster will vary greatly depending on the market the car will be sold in. Most will receive a 1.2 liter turbo-four good for around 115 to 130 horsepower and around 200Nm of torque. This should be the perfect blend between efficiency and power. As an option, the Duster will also come with a 1.5-liter diesel, likely offering up to 120 horsepower. Both of these are expected to be offered with either a 6-speed manual or a 6 speed automatic. For some emerging markets Dacia will also offer two additional engines. A 1.5 liter naturally aspirated inline-four with as much as 106 horsepower will be offered in Asia while a larger 1.6-liter unit will be offered in South America. Both of these will be available with front-wheel drive only and a CVT gearbox which is a big departure from the European models. 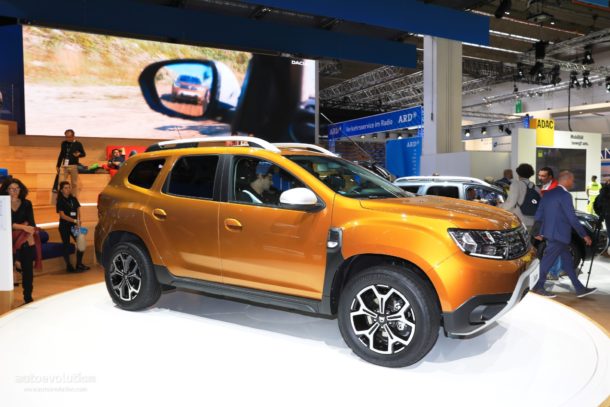 The Velar has been released back in Match and it went on sale only a couple of months back. The …