The current Macan was released back in 2014, so it is not an old car. However, to remain a viable option on the luxury crossover market, the car is set to receive a comprehensive update with the upcoming 2018 Porsche Macan. So far the manufacturer decided to keep quiet about this new model. Luckily though, the car has been seen testing on the open road, and despite the fact it wore quite a bit of camouflage, the changes were still quite clear. On top of the revised exterior, the new Macan will receive a revised suspension system as well as a new set of engines. The latter is needed to allow it to meet the latest emissions standards but they should also come with a nice boost of performance over what is currently available. 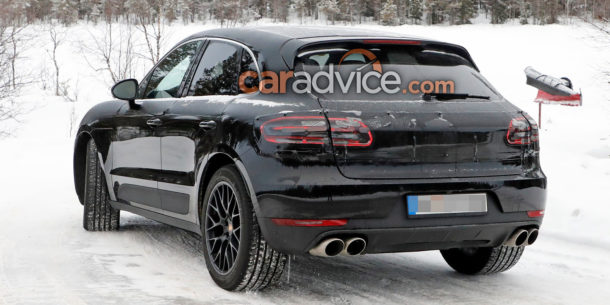 The revised suspension system has been a rumor for a while now. It is a well-known fact the Macan failed the “moose-test.” Why? Well, it’s ABS had to brake a wheel to keep the car from rolling over. However, this also meant the driver lost control of it which made it fail the test. Most rumors suggest the 2018 version of the Macan will receive new shocks and possibly new springs too. The anti-roll bars might also receive some changes in order to keep the car from rolling. This would allow the ABS to maintain the trajectory during high-speed maneuvering which will not only make it safer but also better to drive. It seems the new model will be released by the end of the year with minimal changes to its price.

Unfortunately, the cabin of the 2018 Porsche Macan is still under wraps, so there is still not much to say about it. Some suggested the car would receive a similar dashboard design to that found in the new Panamera. While this would be great for it, we wouldn’t be so sure about it. Instead, the Macan is likely going to receive an updated infotainment system with a larger 9 to 10-inch screen. Also, the instrument cluster is expected to receive an update in order to offer the possibility for a fully digital cluster. The materials should still be just as good as before while space won’t change a bit from its predecessor. 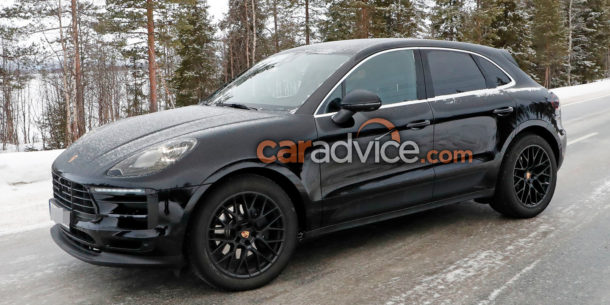 The camouflaged test mule of the Macan seemed to have all new front and rear bumpers. These changes are likely going to be carried over on the production model. Thanks to that we can expect larger intakes across the range as well as an entirely new rear bumper. This should boast a larger diffuser on the higher end models while all versions of the car should receive a new exhaust system. New wheels, color options as well as possibly new features, such as a larger rear roof spoiler, might also be added on the revised car.

2018 Porsche Macan Under the hood

The biggest changes that will happen with the upcoming 2018 Porsche Macan will be its engines. The base model is going to retain the same 2.0-liter turbocharged inline-four as before. With 249 horsepower and 273 lb-ft of torque, this should be a good compromise for those looking to get a car like the Macan. A set of two diesel engines, both 3.0-liter V6 units, offering either 208 or 254 horsepower, is also going to be available. The S, GTS and Turbo versions of the car, on the other hand, will go through quite a few changes. The S and GTS models will receive a brand new 3.0-liter single-turbocharged V6 gas engine. 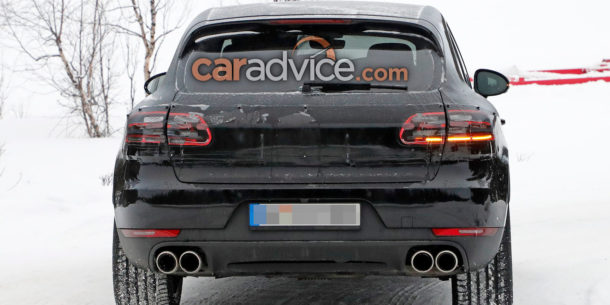 Despite losing a turbo, this new powertrain should be able to offer more than 350 horsepower and 360 lb-ft of torque. The output would be roughly the same as before, but the car is expected to become quite a bit more efficient. The Turbo, on the other hand, will ditch its old 3.6-liter engine for a smaller 2.9 liter V6. This turbocharged engine is currently capable of 444 horsepower and 443 lb-ft of torque which would be a massive improvement over its predecessor. On top of that, the new engine would deliver more torque at lower RPM which is one of the most important features in a crossover. The gearbox might also be replaced with Porsche’s new eight-speed PDK unit. 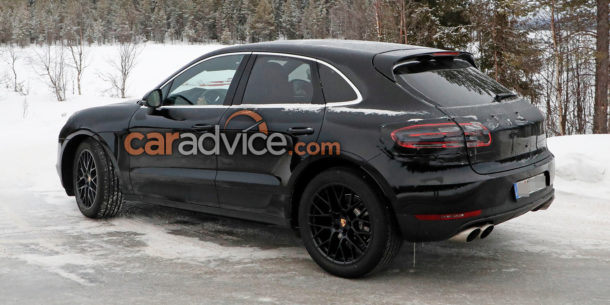