The Traverse is a minivan disguised as a full size crossover which has been around ever since 2009. Even though it didn’t change all that much since it was released, it still is one of the more successful models. This is because it offers plenty of space, a reliable engine and a really comfortable ride. However, because it was getting old, the car will finally be replaced with the 2018 Chevrolet Traverse. This will be an all new model which will share its chassis with the new Acadia and Cadillac XT5. The C1XX chassis is stiffer, lighter and it can provide a more versatile platform than before. 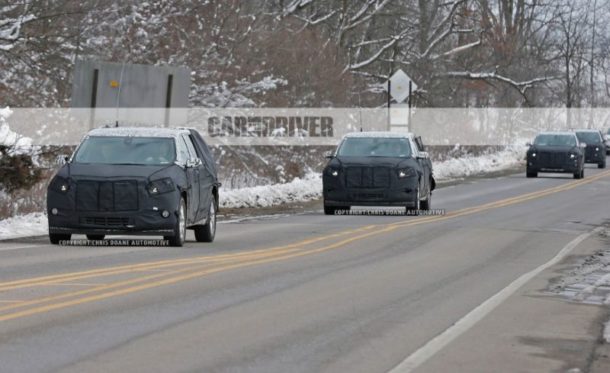 However, unlike the older model which was identical to the Acadia, this time around things will be a bit more different. The Acadia received a shorter wheelbase chassis while the Traverse will get the full experience. This means it will also be slightly heavier than its counterpart but this shouldn’t affect the ride or performance all that much. With the longer wheelbase the car is also expected to receive a slightly different powertrain but more on that later. The car will be released by the end of 2017 when it will hit the market for the price of around $30,000 for a base version. 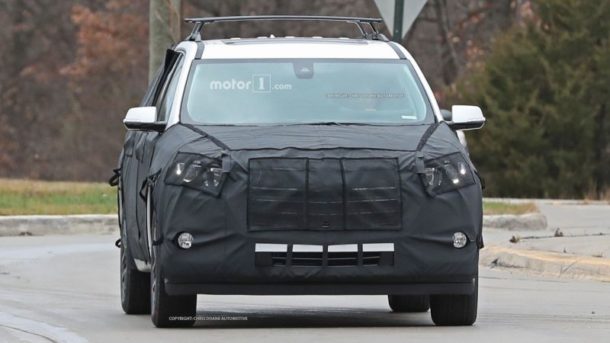 The design – how will it be different?

Well, for starters, the 2018 Chevrolet Traverse will be both longer and wider than the Acadia. On top of that, the longer wheelbase means a different set of proportions which will likely translate in a more SUV-like look than before. The design will likely be dominated by Chevrolet’s new design scheme which has been used across most of their models. This means that in the front we will see something similar to the Malibu with a narrow upper grille and a much larger lower grille that will be integrated into the bumper. This also means a more aggressive look than before and with the help of the new lines that will span across the sides, the Traverse will likely look a lot more muscular than before. 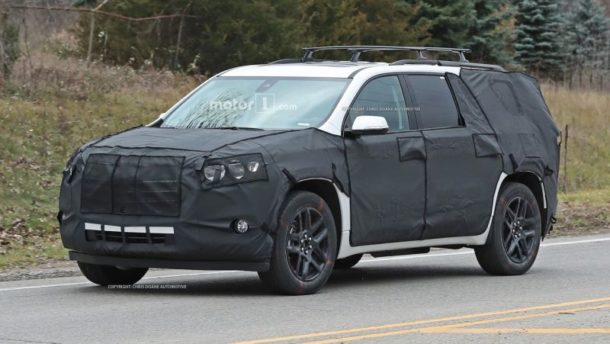 Inside the cabin of 2018 Chevrolet Traverse

Even though the Acadia is a GMC, the Chevrolet Traverse is likely going to borrow a good part of its interior. This has been the case for numerous other cars and it would make sense to happen the same here. We expect the shell of the dashboard, the infotainment system and most of the buttons to be carried over unchanged. However, both the materials and the features will be different. The 2018 Chevrolet Traverse will be a more back-to-basics car than its counterpart, at least for the lower end models. On top of that, it will definitely offer eight seats as standard which is one more than its sibling. 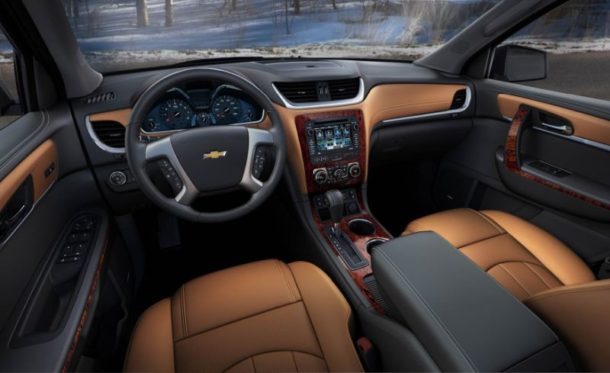 Under the hood of Chevrolet Traverse 2018

The Acadia is now available with either a 2.5 liter inline 4 or with a 3.6 liter V6. Both of these are quite efficient for their class and both of them are powerful enough for it. Because the Traverse will be heavier though, rumors suggest that the car will only get the 3.6 liter LGX V6 gas engine. This is currently good for anything between 310 and 335 horsepower. It seems that the version in the new Traverse will make 310 horsepower and 271 lb-ft of torque which is the lower power version of the engine. 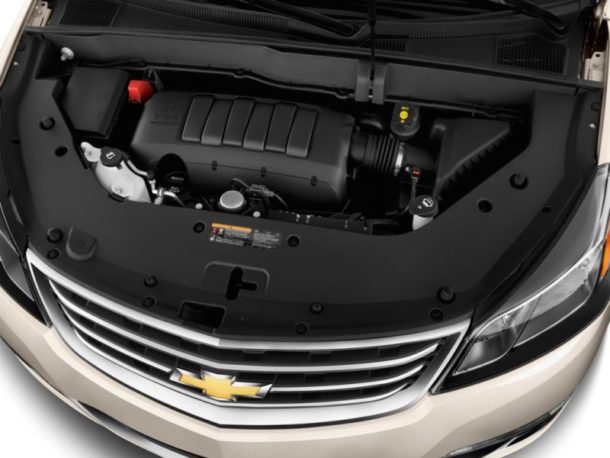 A nine speed automatic is more than likely at this point. This will be one of GM’s first cars to use their brand new transmission which has been in development for some time. Front wheel drive will be standard while an all wheel drive system will be available on the more expensive models. A smaller turbocharged engine might also be added further down the road.