The 2014 Chevrolet Colorado is a General Motors pick up truck. It is almost the same as its twin brother GMC Canyon accept some minor design details. Both vehicles were designed for the first time in a same year by the joint efort of General Motors North American sector, General Motors Brazil and ISUZU. 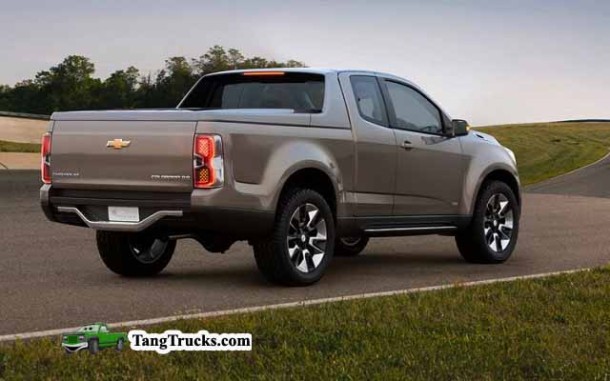 ISUZU also has a model of this vehicle called ISUZU D-Max. Chevy Colorado was produced for the first time in 2004, and from 2014 production of second generation started.

New Chevy, 2014 Chevrolet Colorado model will look like a real pick up truck, with its bulky lines and highly masculine design. Front part will be similar to the front parts in Sierra models. It will have: three-bar grille, squared-off fender flares and fog lights placed on the front bumper. It will share the: doors, glass roof and some other exterior details with GMC Canyon. On the back part it will have a tailgate and bumper step, for easier cargo loading. 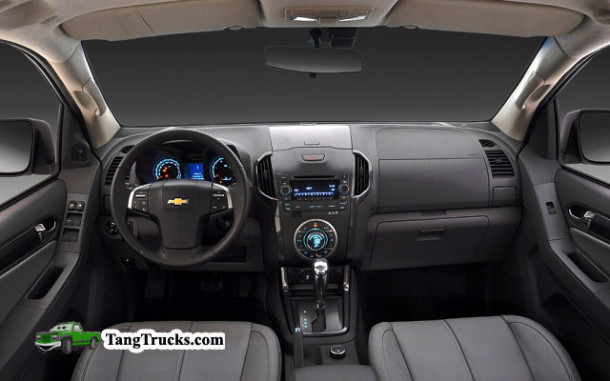 Interior design of the 2014 Chevrolet Colorado models was their biggest flaw. Same goes with GMC Canyon. This and some performance features these two lack, gave Toyota Tacoma big advantage on small pick up truck market. We hope this is one of the prime things that are going to be changed in 2015 Chevy Colorado and GMC Canyon models. Making its cabin more comfortable should be the biggest priority, but we also hope Chevy will add some more hi tech features in there then in previous year models. It will probably come with standard Chevy MyLink infotainment interface and we also expect some smartphone integration app, Bluetooth etc. 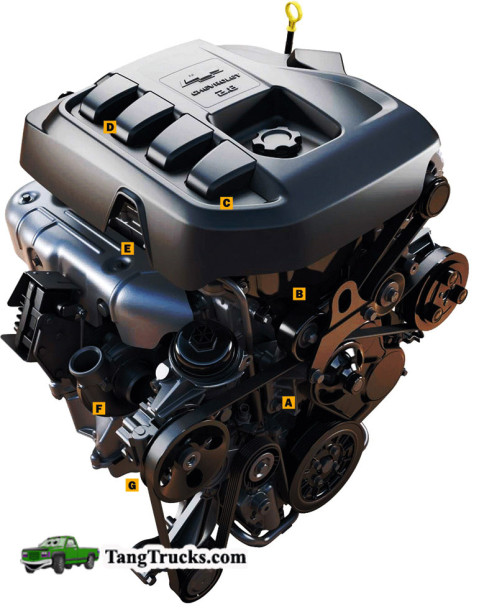 In a basic version 2014 Chevrolet Colorado will come with 2.5-liter four-cylinder engine which will produce 193 horsepower and 184 pt lb of torque. In some higher trim levels 3.6-liter V6 with 302 horsepower and 270 pound feet of torque will be available for some better off-road features. Chevy Colorado with diesel engine is still not available, but the rumor has it will be introduced in 2016 model year. Both 2,5 and 3,6 liter engines will come with four wheel drive, and six speed automatic transmission. 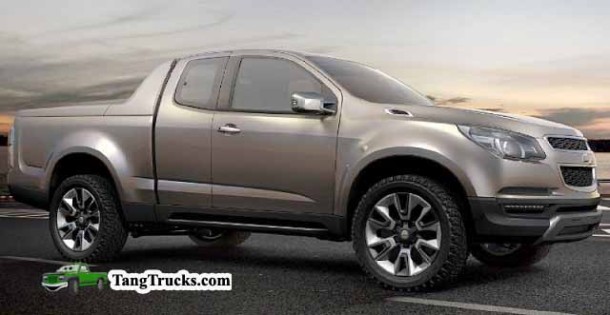 Production of 2015 Chevy Colorado started in the beginning of 2014 and it will be released later this year, probably in fall. Price for this vehicle is still unavailable. But we think that price will be around $40,000.

Since pick up truck market in the United States is becoming bigger every year redesigned Chevy Colorado might be as successful as some other legendary GM trucks from the past, although we are not sure that even with fully redesigned interior and increased performance it can topple its biggest counterpart Toyota Tacoma which rules the market of smaller pick up trucks for some time now.

When GM launched the Duramax V-8 engine in the GMC and Chevy pickup truck models, Ford struck back by launching …

The 2014 Jeep Compass is on the market. The Jeep Compass model was first introduced in 2007; it was designed …